Tasmanian grower James Clutterbuck has had a front-row seat to trials showing it is possible to achieve 17-tonne-per-hectare wheat yields – believed to be the Australian record – on his family’s property at Hagley, 22 kilometres south-west of Launceston.

This peak yield for the feed grain wheat variety RGT Calabro was demonstrated in plot trials about a kilometre from the Clutterbuck family’s farm at the main research site for the GRDC-invested hyper-yielding cereals project in north-central Tasmania.

James, who farms 600 hectares with his wife Sarah and parents Peter and Helen, has also hosted on-farm trials for the past four years as part of the project run by the Foundation for Arable Research Australia in collaboration with Southern Farming Systems.

The ‘focus farm’ research program on the family’s high-rainfall property, ‘Summerhill Farms’, included strip trials in paddocks between 2016 and 2019 to test the research findings from experimental plot trials.

James says the trial findings have led to the adoption of new high-performance wheat and barley cultivars that have lifted the productivity and profitability of the cereal program at ‘Summerhill Farms’.

For instance, the research effort has spurred the Clutterbucks to replace the SQP Revenue wheat variety traditionally grown on their farm as a high-value seed crop with the high-yielding RGT Calabro variety.

This cultivar was one of four hyper-yielding wheat lines, which also included RGT Relay, RGT Accroc and Annapurna, as well as two barley lines – RGT Planet and Rosalind – identified through the project.

James says RGT Calabro has yielded an extra 1t/ha compared to SQP Revenue , and the new variety has pushed the farm’s average yield for dryland wheat to between 9t/ha and 11t/ha.

It is a yield lift that approaches the new benchmarks for productivity in irrigated feed wheat and barley crops in Tasmania set by the project. These are 13 to 13.5t/ha for wheat and more than 10t/ha for barley.

The new RGT Planet cultivar yielded 11t/ha, which exceeded the research benchmark by 1t/ha, in the 2019-20 season. Their yield average for Gardiner barley was five to 6t/ha.

The crop’s demonstrated ability to match the performance of wheat has prompted a rethink of the farm area planted to barley, depending on market prices and seasonal conditions, he says. 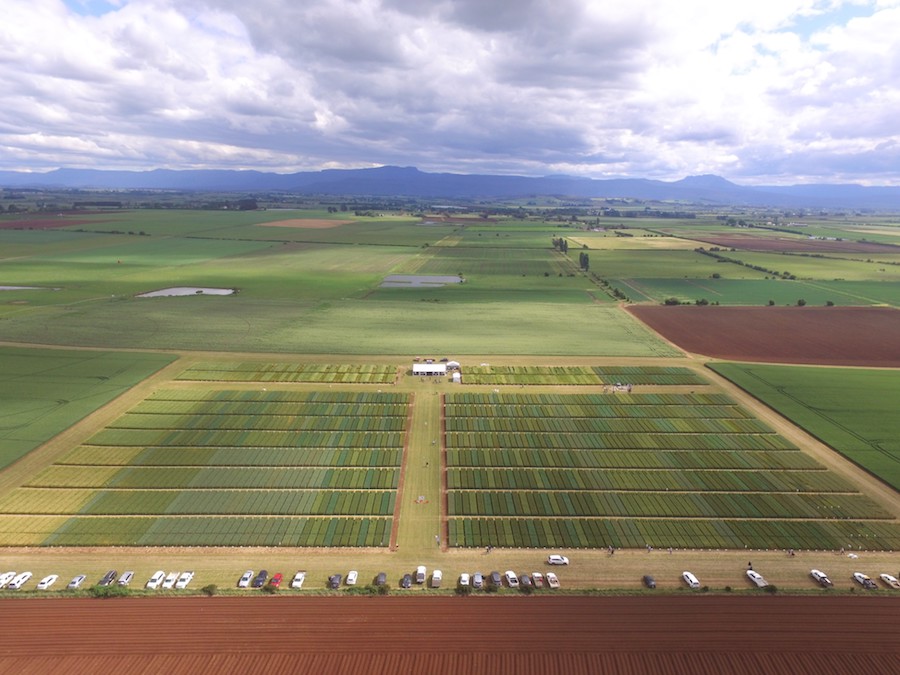 The main research site for the hyper-yielding cereals project near the Clutterbuck family's farm at Hagley, Tasmania. Photo: FAR Australia

This enterprise diversity, typical of many Tasmanian farming systems, contributes to high soil fertility. An important finding of the long-term project was that Tasmanian cereals produced high yields, mainly drawing on nitrogen reserves contained in fertile soils rather than applied synthetic nitrogen fertiliser.