For South Australian grower Lachie Seears, international perspective drawn from a 2013 Nuffield Scholarship has continued to resonate in the development of his family’s 2920-hectare farm business.

The Nuffield experience has seen Lachie channel a new outlook from farming operations around the world into the mixed-farming business he runs with his parents, Peter and Helen, and wife Rebecca.

The third-generation grower has revised the ethos that frames the overarching business model for the Seears family farm, ‘Boonderoo Pastoral’, in SA’s lower south-east.

At the core of his new perspective are two principal objectives: simplification and intensification. These overarching goals have led to major operational and structural changes in the farming system, which is 370 kilometres south-east of Adelaide.

Implemented in the seven years since Lachie returned from his Nuffield travels, they have transformed the family’s crop enterprise mix, stocking rates and on-farm infrastructure.

“Some of the most successful businesses visited were very simple but paid attention to detail and timing,” Lachie says of his 16-week study tour exploring pulse markets and growing regions in 11 countries.

“We wanted to bring this back to our own operation at ‘Boonderoo Pastoral’.” 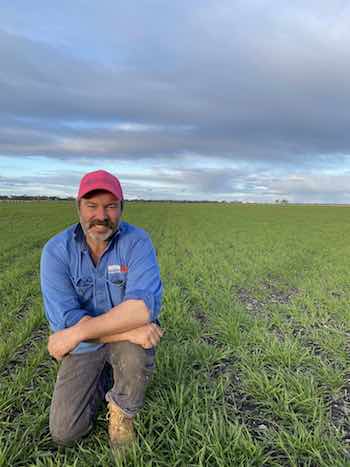 As part of the simplification effort, the Seears have halved their total number of crop enterprises. For example, they have eliminated complicated specialty crops such as carrot seed and gluten-free barley, as well as canola, from the farm’s enterprise mix. The simplified program comprises three main crops: broad beans, wheat and barley.

Their 1200ha cropping area is evenly divided between pulses and cereals, with broad beans grown on 600ha and wheat and barley grown on 600ha.

Putting simplification and intensification into practice, the Seears apply a “cookie-cutter approach” to enterprise management. This means they systematically replicate proven formulas for running their grain, beef cattle and sheep enterprises.

It is an approach that allows them to multiply set processes and operations, Lachie says. Using this approach, in combination with infrastructure investment, has enabled the family to push paddock productivity and profitability.

“For example, in the past five years, we have built up our sheep flock from 4500 to 6500 ewes without significantly increasing the operational logistics. We used to be in the yards for three days of drenching; now we are there for five days.”

The Seears have also intensified their beef cattle enterprise, with the herd increased from 250 to 650 Angus cows.

This lift in livestock production was, in part, achieved through sowing annual ryegrass into perennial grazing pastures, Lachie says. But the main support behind the intensified livestock programs was the family’s investment in seven centre pivot irrigators under which they grow high-yielding pasture as well as cereals and pulses. The irrigators cover 265ha.

The farm’s pulse program has also supported the expansion in their livestock enterprises. Sheep and cattle are grazed on broad bean stubble during summer for about three months following harvest. And they rotate their cropping and pasture paddocks as part of a weed control strategy targeting broadleaf weeds.

For example, paddocks are continuously cropped for 10 to 15 years, before they are converted to pasture for 10 years. This occurs over most of the farm area, apart from some semi-cleared country unsuitable for cropping. 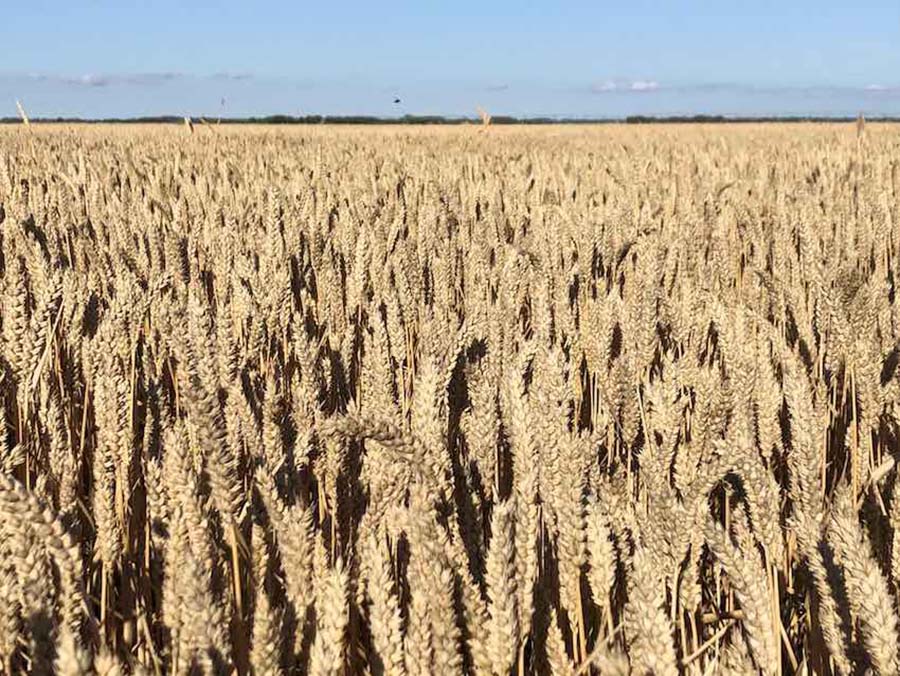 The Seears rotate their cropping and pasture paddocks as part of a long-term weed control strategy. Photo: Lachie Seears

Lachie says another benefit of the cookie-cutter approach to farm business management is quality control. This is because they follow fixed, specific steps that minimise the margin for production error.

“We want to maximise production, but not compromise quality.” He says the emphasis on quality helps secure year-round market access, particularly in feed grain markets, given the farm is on the doorstep of dairies in south-east SA and western Victoria.

It also helps promote long-term relationships with processors: “They know that when we deliver grain it will be the best quality that we can produce given whatever the season may throw at us.”

In addition to the investment in irrigation, the Seears have developed on-farm storage infrastructure to better manage the supply of high-quality grain to domestic and exports markets.

The 8000-tonne storage facility combines aeration, drying technology and a weighbridge. It was built incrementally with the rise in productivity and profitability that the reconfigured business model provided. For example, the family invested in four 300t silos in 2015, followed by 18 self-emptying 120t silos in 2019.

The Seears have invested in 22 silos since 2015 in the development of their 8000-tonne storage facility. Photo: Lachie Seears

Lachie says research, development and extension have also been crucial. He estimates that applying research findings has seen 30 per cent more grain produced in the past five years. Examples include productivity gains from high-performance long-season winter wheat and barley cultivars identified through the GRDC-invested hyper-yielding cereals project.

“We’ve introduced strategies for our nitrogen and fungicide programs to push average paddock yields close to 10t/ha," Lachie says. “We aren’t quite there yet, but we are close."

For instance, they have started delaying their nitrogen fertiliser applications to optimise cereal yield potential based on the research findings. They traditionally applied nitrogen early in the season at mid-tillering, but now it is applied later in the season at stem elongation.

They have also started using fungicide seed dressing to protect crops from disease establishment early in the season, meaning they can delay and, ultimately, reduce the frequency of their fungicide spraying.

After applying these hyper-yielding research principles to the farm’s irrigated area in 2019, their wheat and barley averaged 11.8t/ha and 10t/ha respectively, he says. Lachie has applied findings from the GRDC-invested hyper-yielding cereals project to optimise the productivity and profitability of the family's cereal program, including this germinating wheat crop. Photo: Lachie Seears