South Australian grower and agronomist Lou Flohr says the hay enterprise has lifted the overall productivity and profitability of the Lameroo farm business and, more recently, positioned it for expansion.
Photo: Clarisa Collis

A sophisticated export hay enterprise has provided a profitable, low-risk foundation for a South Australian family’s cropping expansion in the southern Mallee region.

Grower, agronomist and GRDC southern region panelist Lou Flohr says the total farm area, including owned and leased land, has more than doubled from 2000 to 4500 hectares in the past five years.

Underpinning the expanded grains program – wheat, barley and lupins – is the family’s development of an export-focused hay enterprise. Lou says the hay venture was established by Gary and Janet 15 years ago as part of a risk management strategy. It has since lifted the overall productivity and profitability of the farm business and, more recently, positioned it for expansion.

Andy Hunt says the company’s hay enterprise is more profitable than its grains enterprise, mainly due to the reliability and consistency of hay production under highly variable seasonal conditions.

“We can be confident our hay paddocks will produce at least 3.5 tonnes per hectare of biomass in a season with below average rainfall,” Andy says. However, he says they cannot be confident crops will yield as much grain because their Mallee dune swale farming system is prone to climatic extremes such as frost and drought.

The 2020 season was an exception, with no frost. In 2019, however, severe frost damage wiped out nearly half the family’s 900ha of wheat and barley. But countering this “devastating loss” was the stellar performance of their hay enterprise following a dry spring, which was conducive to optimal hay quality. The partnership also takes its cue from seasonal conditions to help mitigate risk across a break cropping program – lupins, vetch and vetch/canola – planted on 1575ha.

“The dual-purpose of vetch means that, depending on seasonal conditions, it can be harvested for grain, cut for hay or grazed for stock feed,” Lou says.

“But regardless of its use, the vetch is managed as a crop for grass weed control.

"Vetch also allows us to build soil nitrogen and conserve moisture for the following hay or grain crop.”

The vetch hay is sold into domestic markets for sheep and beef cattle feed in surrounding Mallee districts, he says. 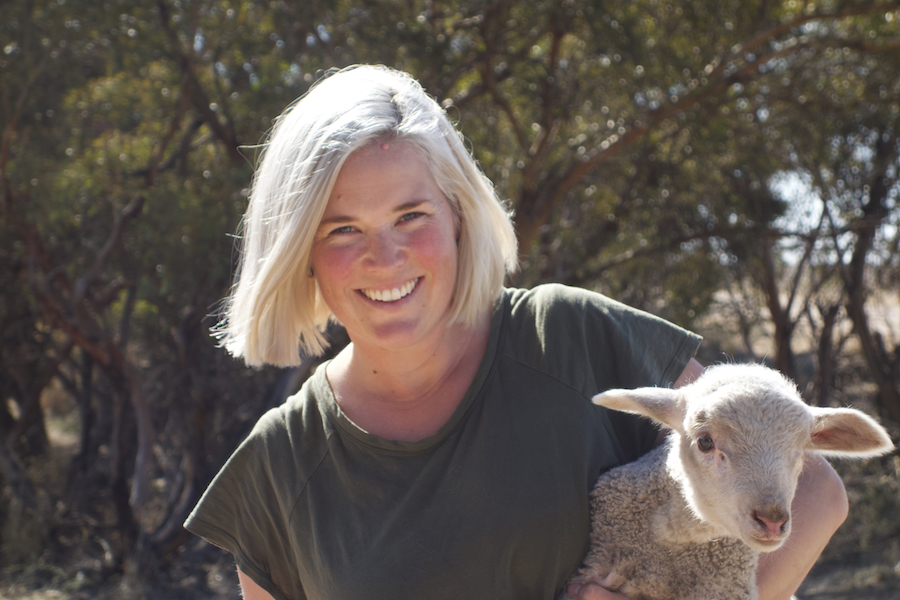 But only about 10 per cent of the business’s hay is sold into domestic markets. Most is sold into export oaten hay markets, predominantly in China, Japan, Taiwan and Korea.

He says the high commodity prices that high-quality oaten hay achieves in these mature Asian markets has also facilitated business expansion by securing the profit required to lease and crop new land.

This profit has also supported the family’s long-term investment in machinery, infrastructure and equipment to build the hay enterprise. In the past five years, for example, Flohr and Co has invested about $1.5 million in on-farm storage and hay equipment.

Lou says the expanded crop area has improved the balance of the farm’s enterprise mix, the distribution of which was previously skewed towards hay production.

“The expansion means we can spread the risk management derived from our hay enterprise over a larger proportion of the farm,” she says.

Other grain cropping benefits that stem from the hay enterprise are better weed control, moisture conservation for the following crop and cost savings on pre-emergent herbicides.

For example, the cost of pre-emergent herbicide control in wheat is about $45/ha, compared with $8/ha in oats, she says.

“The reduced cost of pre-emergent herbicides, as well as the weed control and moisture conservation benefits of cutting crops for hay, were also motivations for implementing the hay program.” 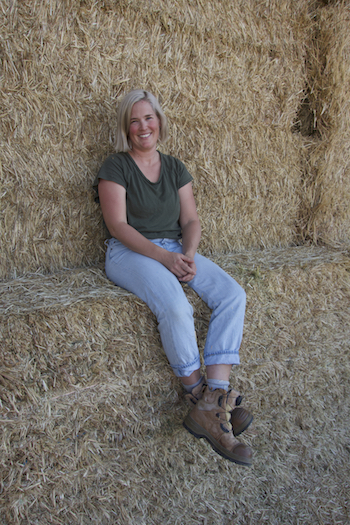 Lou Flohr in one of the farm's three hay sheds built between 2009 and 2019. Photo: Clarisa Collis

“We have learnt the importance of storing hay in our sheds to maintain quality, and invested heavily in on-farm storage infrastructure over the past five years," Andy says.

Flohr and Co’s oaten hay is sold to an export hay processor at Tailem Bend, about 100 kilometres west of its Lameroo farm. The cost of carting hay to Tailem Bend is $3.50 to $4/km using their own drop-deck freight truck, with capacity to carry 41 bales, Andy says.

The partnership has developed on-farm storage capacity totalling about 2975t, or 4250 large square bales. The storage capacity is spread over three sheds built in 2009, 2017 and 2019, which were strategically located on different properties to minimise potential losses resulting from on-farm hazards such as fire. The partners plan to build a fourth shed, with capacity to store 2000 to 2500 bales, in the next two years.

Flohr and Co has also invested heavily in hay-making machinery, as well as equipment that is replaced at three-year intervals. For example, they have invested in a high-density eight-string Krone baling machine, a Massey Ferguson® self-propelled mower with dual conditioning rollers, an 18-metre Ellbourn Engineering steel roller and a Berrima Engineering hydraulic hay rake.

The family’s hay program is usually sown in early May and cut from late September to late November, with baling ongoing for three to four weeks. 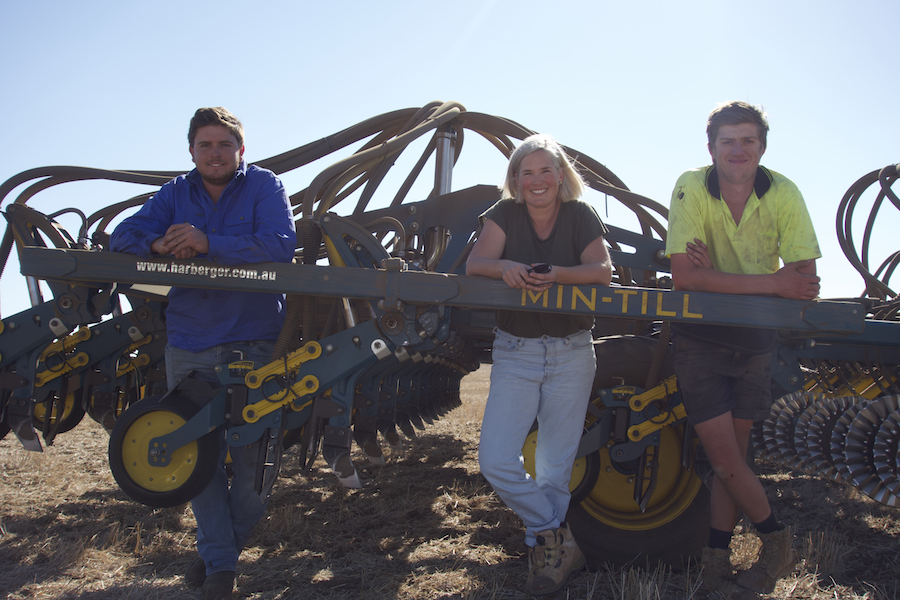 Flohr and Co's Alex Boehm (left), Lou Flohr and Damon Perks take a break from seeding during the 2021 season on the 4500-hectare farm at Lameroo, South Australia. Photo: Clarisa Collis

In the past, hay crops were sown on 22-centimetre row spacings. In 2020, however, the partnership transitioned to ‘zero row spacing’ using a seeding rate of 90 kilograms per hectare. This approach sees nearly half the total seeding rate (40kg/ha) spread on the soil surface in front of the seeding machine, with soil throw from tynes used to cover the seed. The remainder of the seeding rate (50kg/ha) is sown conventionally via tubes on the family’s tyne-seeding machine with 10-millimetre knife points and hydraulic coulter system. A spreader bar was fixed to the front of the machine to facilitate zero row planting.

Flohr and Co grows a mix of hay varieties developed by the National Oat Breeding Program for high-quality export markets, such as Wintaroo, Brusher and Mulgara. The partners plan to grow the new Kingbale oaten hay variety with improved tolerance to soil residual imidazolinone herbicides.