Managing waterlogging has become one of the keys to combining grain growing with more-traditional vegetable production on the Cole family’s farm at Cressy, Tasmania.

Located about 30 kilometres south-west of Launceston, where winters are cool and wet and summers are dry, irrigation is essential; but it is also a challenge when trying to meet the water needs of different crops at different times of the year.

“Cereals have become part of our enterprise because the timing works well with vegetables and canola in the mix. I get to use a whole new chemical group, which makes it a good break crop with fewer weed issues,” Lauchie Cole says.

Over the past six years, Lauchie and his wife Sarah have built a 300-megalitre dam to buffer irrigation peak times and they have expanded the area under irrigation from just less than 100 hectares to about 280ha.

They have added nine new pivots for a total of 11, installing them in fixed positions to cut the labour involved in towing.

But waterlogging can be a problem. “We irrigate all summer, so we’re adding to the water profile through summer and into autumn, and then as soon as we stop irrigating it starts raining. So removing surface water from the paddocks is critical. We need very good drainage,” Lauchie says.

Canola and wheat go in as early as possible in May. None of the grain crops are grazed, so in spring it is about feeding them to maximise yield.

But waterlogging can still be a limitation: “Canola can’t be grown in wetter parts of the farm, so we either have to fix that area with drainage or not plant it.”

Lauchie estimates prices for irrigated country at Cressy have doubled in the past decade to about $24,000/ha, so it is important to make every piece of ground as productive as possible.

“Out of the current 280ha irrigated, there would be nearly 12 to 14ha that remain unusable. As well, we have other areas that are only producing 70 or 80 per cent of their potential because there’s too much water,” he says.

Lauchie grew up on a family farm near Ararat in western Victoria and appreciates just how different it is running an irrigated cropping enterprise.

“Our cropping system is a lot more expensive than most – partly because we don’t use any of our own gear, it’s all contract sowing. It costs us more than $800/ha to produce a tonne of grain, so we need to have a $1000/ha gross margin to start making money out of this.” The Coles regularly produce more than 7.5t/ha for dryland wheat and exceed 10t/ha in irrigated wheat. But waterlogging can halve this – or worse. They need to produce at least 6t/ha from wheat to make it competitive with other irrigated crops and for the crop to make money after overheads are met.

They study how different paddocks with different crops perform over time and use electromagnetic soil mapping (EM38 data) to build a risk profile of a paddock, then combine photos or yield maps to find out where they are losing production.

“From there, it’s a question of saying ‘can we fix it, and how do we fix it?’ There are some locations that can’t be fixed, but most of the time it can be done with surface drainage, deep ripping, mole draining or subsoil drainage,” Lauchie says.

Building surface drains with a road grader or other more-specialised machine costs about $300 an hour, so the cost varies from paddock to paddock, depending on how much earth must be moved.

Subsoil drainage is typically more expensive because as well as earthmoving, materials including piping and aggregate must be installed.

“Subsurface drainage costs around $3000 to $6000/ha, ranging from where you have good access, a main drain and a few subsidiary drains to a large area where you have to bring lots of tributary aggregates and drains to the main pipe – that becomes more expensive,” Lauchie says.

So far, the Coles have only installed surface drainage but are planning some subsurface works. The multiplier effect from improved yields means it could be money well-spent.

“If you’ve got good land with a good soil type and it’s just carrying a bit of water, to not spend the money – with irrigated land costing $24,000/ha – means it’s wasted.”

It is a one-off capital investment that keeps paying back for years.

“Because we have undulating country here, most of the time we can remove the water, so if I can turn a paddock that’s yielding a 2t/ha crop into a paddock yielding 10t/ha, and get that for the next 10 years, it pays itself off very quickly.”

At the heart of this approach lies a cost-benefit analysis, but Lauchie believes there is usually a drainage solution to be found. The question is, what does it cost and what is its payback time? 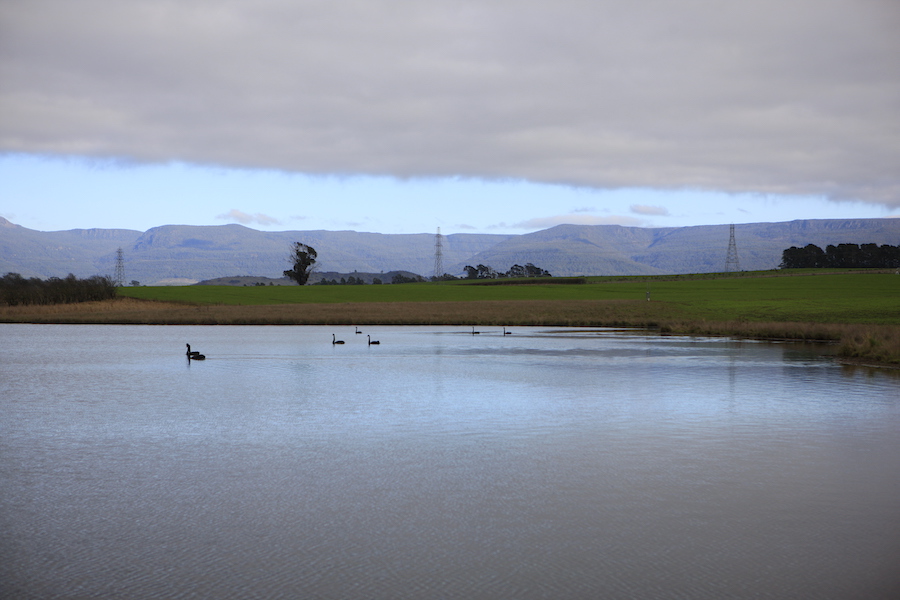 “If you’ve got very flat country and you haven’t got a natural water course to remove water to, you might have to use pumps and more piping and power. That may just become too expensive or too big a project, so, in that case, you might simply opt for the best surface drainage you can do,” he says.

When he is not planning the next drainage project, he keeps an eye out for the latest in plant breeding, always looking for hyper-yielding varieties or other useful traits such as water tolerance. He is keeping a close watch on a GRDC-invested project studying water-tolerant barley now underway in Tasmania.

“That could be a game-changer for us in a wetter environment. And now we’ve got variable-rate irrigation, we could conceivably put a water-tolerant variety in those wetter areas and then grow wheat or other crops in the other areas.”