Surveys led by Dr Mechelle Owen from AHRI have found that seed cleaning practices have improved in Western Australia over a seven-year interval, with increased adoption of commercial cleaning services.
Photo: AHRI

The potential to unintentionally reintroduce weed seed to paddocks by sowing contaminated seed reinforces the benefits of professionally cleaning grain retained for sowing.

Specialists say this is one way to help reduce weed seedbanks in the face of changing weed scenarios. As cropping systems evolve, so too do weeds, both in the variety of weed species present and adaptive traits such as herbicide resistance.

Paul McIntosh, the extension agronomist for WeedSmart in the northern region, says not only is the weed spectrum changing with different farming systems, but weather extremes are also changing environmental influences. 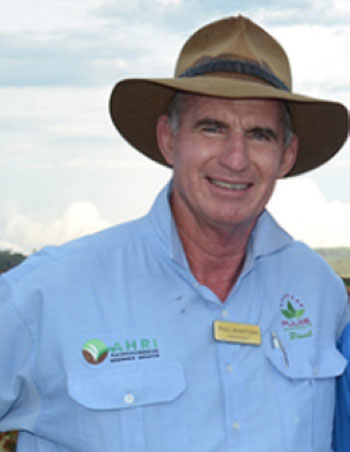 “As we experience the climate warming phenomenon, we also see summer and winter periods merging or extending, so with these blurring boundaries weed species are often no longer strictly summer or winter weeds,” Mr McIntosh says.

“This means that we have to be smarter in using as many tools as possible to reduce weed seed numbers throughout the crop production cycles. Seed cleaning is an important tool for ensuring that seeds of very dangerous weed species or herbicide-resistant weeds are not re-sown into crops from the get-go.”

In Western Australia, where many of the herbicide resistance responses started, the adoption of commercial seed cleaning has been steadily increasing.

This has been recorded in grower surveys begun by herbicide resistance scientist Professor Stephen Powles when he moved to WA in 1998. The surveys have benchmarked herbicide-resistant weed numbers, as well as control methods.

More recent surveys repeated over a seven-year interval (2008-15) across two WA grain growing regions have shown that crop type and cleaning method have significant effects on weed seed contamination. Some 95 per cent of growers in the 2015 survey used seed cleaning contractors. Further, this seed was found to be 10 times cleaner than seed cleaned on-farm.

Overall, non-leguminous crop types and barley samples were found to have higher levels of weed contamination than other crops.

The surveys were carried out by Australian Herbicide Resistance Initiative (AHRI) and Curtin University researchers with GRDC investment, and were led by Dr Pippa Michael in 2008 and Dr Mechelle Owen in 2015.

Although this survey work is six years old the lessons learnt are still highly relevant as specialist seed cleaning is a very valuable tool in the IWM toolkit.

“Survey areas were identified through the Grower Group Alliance and we further narrowed these to two regions in 2015,” Dr Owen says.

“In 2015 we had one region in the north of WA at Dalwallinu, which mainly included growers who were continuously cropping, and one in the south at Corrigin that covered pasture and cropping sequences.

“To determine whether growers were changing their seed cleaning techniques, it was essential that we surveyed the same growers seven years apart.”

“The 2015 survey established that 41 per cent of the crop seed samples had zero weed seeds, compared to 27 per cent in 2008, which is very encouraging,” Dr Owen says (see Table 1).

Table 1: Changes in weed seed contamination of cleaned grain samples between 2008 and 2015.

“The increase in volunteers in the 2015 survey leads to a degree of speculation, but it does highlight the need to practice good hygiene and the importance of thoroughly cleaning sheds and silos to not only reduce both weed seeds but also volunteer contamination,” Dr Owen says.

Crop type also has a significant effect on the amount of contamination, with barley crops having a similar number of weed seeds across both surveys, while wheat and lupins had considerably less contamination than barley in 2015.

“Some crops and varieties are more competitive and allow a greater choice of herbicides for in-crop weed control, whereas some are more difficult to clean at the end stage, which could be the case for barley,” Dr Owen says.

Most growers retained their own seed rather than buying certified seed. Variety and quality are guaranteed with certified seed but that does not guarantee it is weed-free.

“If you are retaining seed, make sure it is produced in your cleanest paddock which has the lowest weed seed burden.”

“These days we are so much more aware of the risks weed seeds pose, both in farming systems and the value chain,” Mr McIntosh says. “Reviewing and updating your farm hygiene protocols is a fundamental means of addressing these risks.”