Mungbean production in NSW and Queensland has quadrupled since 2003, underpinned in part by varieties developed through the National Mungbean Improvement Program (NMIP).

These varieties dominate, with 99 per cent of the market share, an enviable position the NMIP aims to retain. And, for future growth in productivity and reliability, it has developed collaborations with Australian universities and international centres.

The DAF principal research scientist says it is an approach that is allowing the research sector to build capacity, while accessing research expertise for future breeding. “This type of research is usually beyond public sector investment in Australia,” he says.

Funded by DAF and GRDC and based at the Hermitage Research Facility in Warwick, the NMIP is the hub that links together mungbean research, ensuring it is delivering outcomes to Australian growers.

Since its inception in 2003, the NMIP has focused on improving both grain yield and resistance to the major foliar diseases – Halo blight, Tan spot and Powdery mildew – which are significant constraints to growth and industry confidence.

Through traditional breeding approaches, the NMIP has bred two disease-resistant varieties, the latter of which, Opal-AU (PBR), is the first to meet main Australian market requirements for a large-seeded mungbean.

Mr Douglas says these achievements have been made through a traditional breeding program. “With our new collaborations in pre-breeding and genomic technologies, it is exciting to consider what we may be able to achieve and deliver to Australian growers.”

Likening himself to a scientific “bower bird” when it comes to collecting research ideas, Mr Douglas has driven these collaborations. “Working alongside my DAF and University of Queensland (UQ) colleagues in the sorghum program, I have been able to listen in and learn about strategies that may translate to mungbean research. It means that we have been able to take a smaller, niche crop to an exciting place via collaborations within Australia and internationally.”

These collaborations include successfully partnering with the Queensland University of Technology in 2016, following a $5 million investment from the Queensland Government into tropical pulses.

That partnership led to the development of the world’s first mungbean Nested
Association Mapping populations.

These projects draw resources from the advanced breeding lines within the breeding program, liaising with Mr Douglas in cultivar selection. 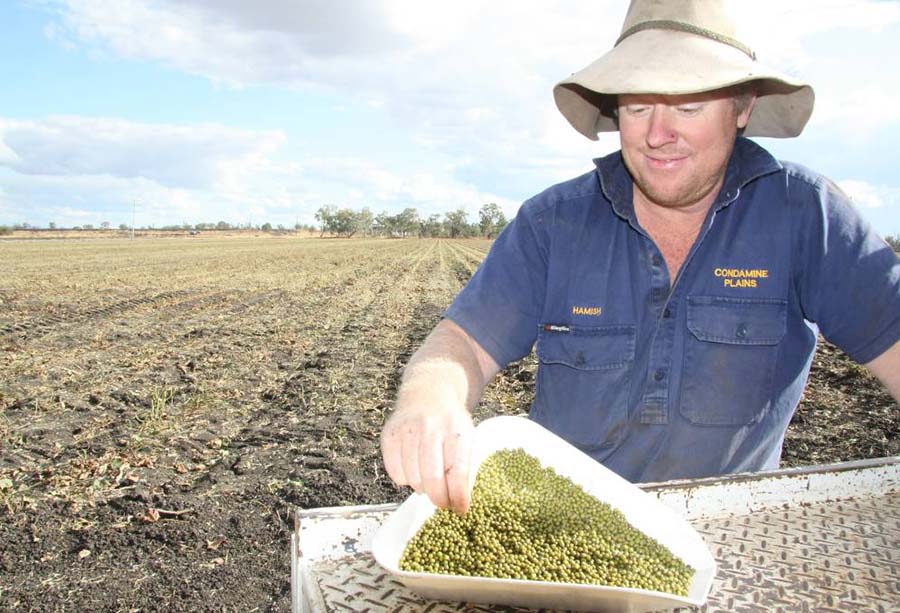 Another partnership is with the Australian Centre for International Agricultural Research (ACIAR). DAF is a founding member of the ACIAR International Mungbean Improvement Network researching abiotic and biotic stresses.

Mr Douglas says the network has international breeding targets that could benefit Australian growers, including developing resistance to the stored grain pest bruchids, and resistance to the exotic virus that causes Mungbean yellow mosaic disease. (In January, the network won a prestigious grant – the annual Illumina Agricultural Greater Good Initiative Grant – for generating genomics for mungbean breeding, contributing to food and nutrition security.)

The ACIAR network has helped DAF to attract other collaborators, increased investment, genetic diversity, genomic and pre-breeding capacity. “This would otherwise be out of reach for a niche public sector breeding program in Australia. Instead, universities and international researchers are working to understand how mungbeans work, for the benefit of Australian growers." he says.

“Also, long-standing statistical support from the strong team at Statistics for the Australian Grains Industry, North, has been a key part of the mungbean breeding team’s success.”

The first Halo blight-resistant variety to meet the main Australian market requirements for a large-seeded variety has recently been launched by DAF, through the NMIP.

Called Opal-AU (PBR), it has high yield potential and will be available through the Australian Mungbean Association (AMA), the commercial partner for the program. Farm evaluation trials are continuing through the AMA to demonstrate the potential of the new variety to growers. 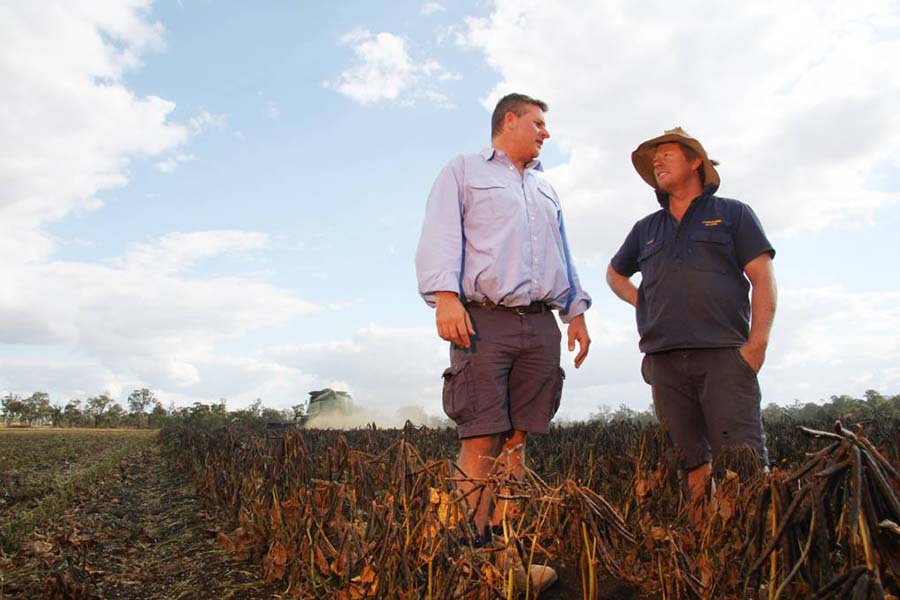 “Opal-AU (PBR) has the best protection from the bacterial disease Halo blight that is available in a large-seeded variety. Grain yield was also 28 per cent higher than all other varieties in seven years of trials from southern Queensland to northern NSW.”

The new variety also has good early vigour, with agronomy and maturity equivalent to other large-seeded varieties Crystal (PBR) and Jade-AU (PBR).

“It will significantly lift the productivity and reliability of mungbeans in southern production areas where the disease is more prevalent,” Mr Douglas says.

Mungbeans are an important crop for growers in southern Queensland and northern NSW. Their short growing season makes them ideally placed to take advantage of valuable rainfall.

With late summer rains, they are often one of the few options available. This is certainly true of 2020’s summer season and an important consideration in areas coming out of the drought. Prices of up to $1200 a tonne and a crop duration of 100 days can provide a quick cash flow option. As a pulse, mungbeans also play a vital role in improving soil health and fertility and maintaining weed control options in Queensland and northern NSW.

GRDC chair John Woods says Opal-AU’s (PBR) development is a great example of a successful collaboration between DAF and GRDC that benefits grain growers. “It is imperative that, as an industry, we continue to invest in new varieties that offer our growers the genetic tools they need to combat costly diseases, lift production and drive increased profitability,” he says.

Mr Douglas says these developments illustrate a coming of age for the industry. “Its development illustrates how far Australia’s mungbean industry has come since the improvement program began in the early 2000s.”