The baking goods aisle is constantly expanding with a range of new innovative flours that encourage creative baking and suit a variety of dietary needs, according to new research conducted by the Grains & Legumes Nutrition Council.

Published in the journal Nutrients, the aim of the research was to highlight the nutritional composition of different flours, identify the nutritional benefits of wholegrain over refined grain flours and explore the variety of novel products now available on supermarket shelves.

In February 2020, GLNC reviewed the nutrition composition and claims on 130 flour products from four major supermarkets in metropolitan Sydney and found that, unsurprisingly, refined wheat flour dominated the category, making up almost 30 per cent of all products on shelves.

Although wholegrain flours such as wholemeal wheat, quinoa, buckwheat, wholemeal spelt, teff and Khorasan made up only 19 per cent of products on shelves, they were significantly higher in protein and dietary fibre compared to refined grain flours. In fact, making the swap to wholegrain flour in baking would almost triple the amount of dietary fibre in many baked goods.

With the sodium content of many diets the leading issue in relation to the global burden of disease, it is important to remind home bakers about the contribution of sodium from self-raising flour in the overall diet. Researchers found that self-raising flours are, on average, 138 times higher in sodium than plain flour due to the added chemical leavening agents such as sodium bicarbonate or cream of tartar. 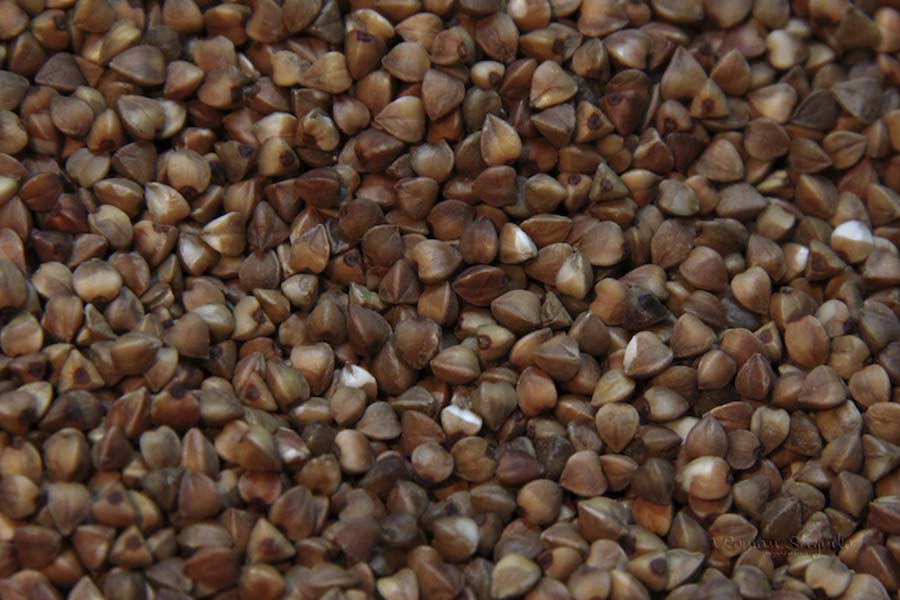 Various products such as buckwheat are increasingly being used to create wholegrain flours. Photo GRDC

As more people around the world adopt gluten-free diets, researchers found there were as many as 17 gluten-free mixes available on shelves. However, from a nutrition perspective, they tend to be lower in protein and dietary fibre, making naturally gluten-free flours such as legume, buckwheat or quinoa a better choice. According to the research, legume flours derived from chickpeas or soybeans were 12 times higher in protein and 14 times higher in dietary fibre than gluten-free flour mixes made from maize or tapioca starch.

There is now a range of less-conventional “super” flours on shelves made from legumes, pseudo-grains, fruit, vegetables and even insects. These create a unique and adventurous element for baked goods, as well as providing extra dietary fibre, protein, vitamins and minerals.

These novel products, such as green banana, broccoli, sweet potato, hemp, tiger nut and cricket powder, may be used to augment wheat flour in baking, providing some positive nutritional attributes, but they may not fully replace wheat-based flour.