The theory of feeding nitrogen to a wheat crop for the primary purpose of increasing its competitive advantage over annual ryegrass populations has been dealt a blow, with new trial data suggesting this strategy might be ineffective.

Trials in York, managed by the Australian Herbicide Resistance Initiative (AHRI) with GRDC investment, tested the effect of the application of urea ammonium nitrate (UAN) over two years on:

To test these findings on annual ryegrass, Dr Ashworth and the team from AHRI investigated the competitiveness of Magenta(PBR) wheat compared with ryegrass. 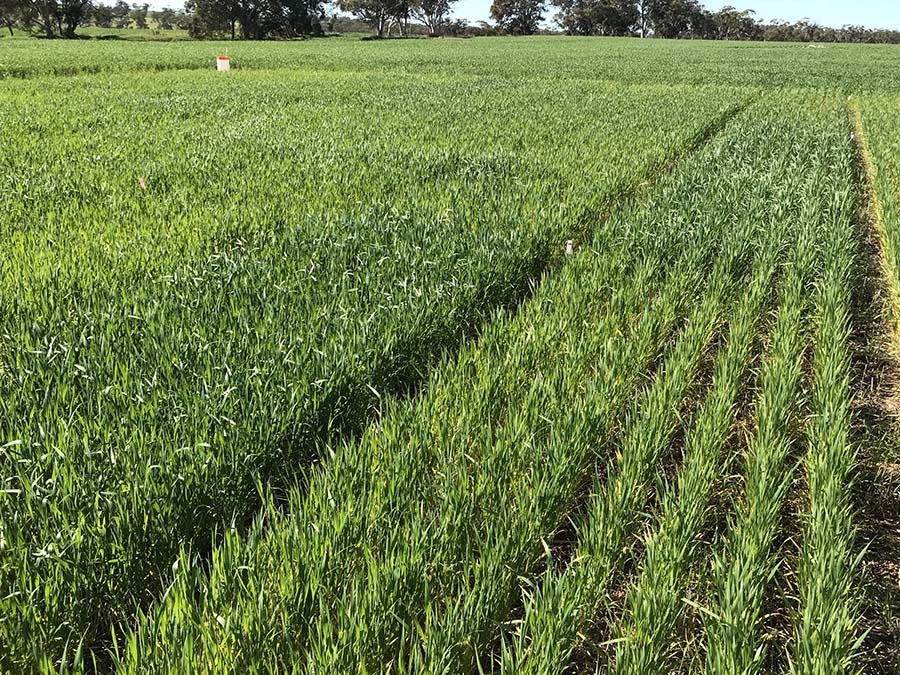 The greatest competition between crops and weeds is for nitrogen, so understanding the value and impact of this fertiliser input is an important component of integrated weed management. Photo: AHRI

Nine treatments were applied, including: the placement of the UAN (streamed or broadcast); the UAN input rates (low-input at 30 kilograms of nitrogen per hectare and high-input at 60kg/ha); and early timing (post-seeding) and late timing (stem elongation) in crop growth.

"Of all nutrients, the greatest competition between crops and weeds is for nitrogen and, therefore, understanding the value and impact of this fertiliser input is an important component of integrated weed management," Dr Ashworth says.

"Past research from Canada demonstrated that the placement of fertiliser to the crop row favoured crop growth when compared to evenly spread nitrogen applications, which equally fertilised the wild oats - reducing the crop's competitive advantage."

But results from the York trials did not provide these positive findings, with no significant reduction in ryegrass seed production from the various UAN placements.

"These findings are surprising, but we believe the use of minimum tillage at the York site may have played a part in the end results," Dr Ashworth says.

"In this minimum tillage approach, seeding systems provide herbicide-free bands on otherwise herbicide-treated soil for safe wheat establishment, and we found the majority of ryegrass emerged from these specific crop rows."

The banding of UAN allowed for an increased uptake of nitrogen in the ryegrass and, while this did not further increase ryegrass seed production, the increased nitrogen uptake in annual ryegrass tissues clearly demonstrated that banding UAN to the crop row is an ineffective weed control strategy.

Dr Ashworth says that despite this negative result, growers would still need to apply enough nitrogen to maximise crop growth and yield.

He says research has shown crop competitiveness against ryegrass can be improved by:

These trials, run in both 2018 and 2019, are part of a joint research project led by the University of Adelaide, with further trials to consider agronomic strategies to fight in-season weeds.