Research is revealing new insights and understandings about mice in Australian broadacre cropping systems, especially in terms of their food preferences and aversion to bait.

The GRDC's major mouse-related research, development and extension program has shown that:

As part of the suite of GRDC investments, CSIRO researchers have been undertaking bait substrate trials to determine what is driving a perceived reduction in efficacy of zinc phosphide bait and testing potential new bait substrates that might be more attractive to mice.

Researchers are testing the willingness of mice to transition from one food to another and then determining whether mice will continue to eat that alternative food source once zinc phosphide bait has been applied. 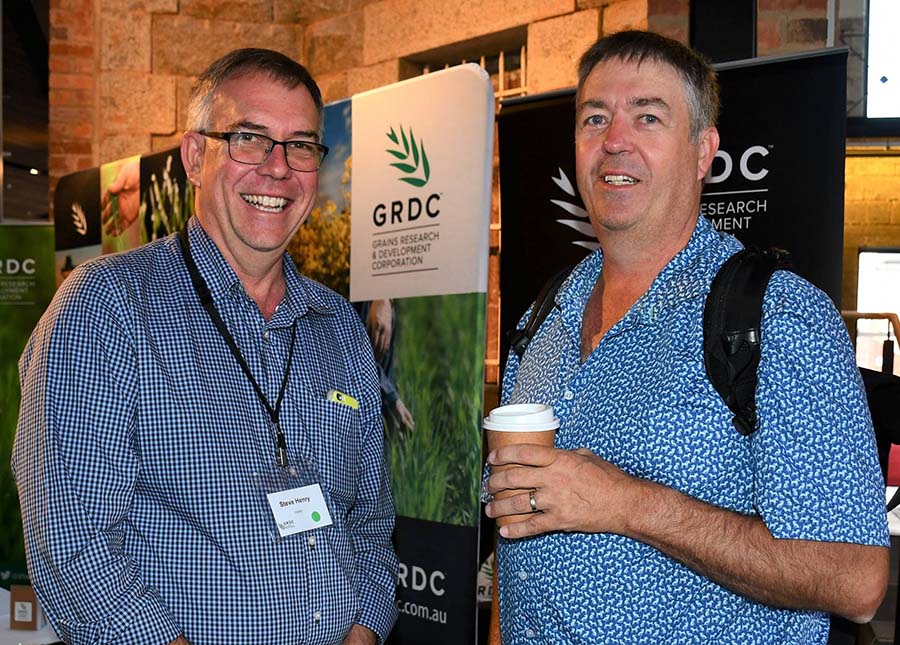 CSIRO researcher Steve Henry says one experiment involved mice being held on a background food type (barley/lentils/wheat) for two weeks and then offered the choice of an alternative grain type (malt barley/durum wheat/lentils) for five nights.

"A clear key message from this work is that mice don't like lentils," says Mr Henry.

"Results from trials have shown that mice have a clear preference for cereals over lentils which indicates lentils wouldn't be a good bait substrate for zinc phosphide."

The work being undertaken by CSIRO is outlined by Mr Henry in a new GRDC podcast and video, and has been detailed to growers and advisers attending GRDC Grains Research Updates.

Another experiment has aimed to determine the acceptance of different toxic bait substrates by mice when challenged against a different background food type.

Mice were held on a background food type (lentils/barley/wheat) then offered an alternative of the three types of zinc phosphide-coated grain (barley/husked malt barley/unhusked malt barley) for three consecutive nights, as well as the background diet.

Mr Henry says an interesting outcome of this experiment was in relation to toxic bait aversion.

"Mice that ate a sub-lethal dose of toxin on the first night showed bait aversion - they stopped taking toxic grains on nights two and three," he says.

"In all rodent populations, there will be some animals that are susceptible and some that are less susceptible to bait.

"If those less susceptible individuals consume zinc phosphide and don't die, then we end up with almost instant bait aversion."

Results from trials have shown that mice have a clear preference for cereals over lentils which indicates lentils wouldn't be a good bait substrate for zinc phosphide. - CSIRO researcher Steve Henry

The next phase of the research will examine the role of available alternative food on commercial zinc phosphide bait effectiveness.

The GRDC mouse-related investments include a focus on mouse ecology. This work will involve a series of experiments aimed at understanding how mice function in zero and no-till cropping systems.

"Historically, mice lived on the margins of paddocks and moved into crops when conditions were favourable," Mr Henry says.

"Now, with low levels of disturbance in paddocks, mice are building burrow networks in paddocks and living where resources are most plentiful."

The mouse ecology research will address five key topics of:

The results of the bait substrate experiments, in conjunction with the results of the work in the five key mouse ecology priority areas, will form the basis of a series of recommendations for improved mouse control strategies for Australian grain growers.

"The current approach to bait application is to spread bait on a broad scale across entire paddocks," Mr Henry says.

"To date, the majority of our understanding of mouse ecology and behaviour is based on work undertaken in conventional cropping systems.

"Better understanding of mouse ecology in zero and no-till cropping systems could lead to more strategic application of bait, potentially reducing the quantity of bait spread or increasing the effectiveness of bait by targeting high activity zones in paddocks."

In the meantime, Mr Henry encourages growers to remain vigilant throughout the 2019 cropping season.

"While our monitoring shows that numbers are generally low across southern, northern and western cropping regions (apart from a moderate risk of damage around Geraldton in the west), largely because of continuing dry weather, we know mice can breed to high numbers very quickly if conditions change and favour mice."