Careful variety choice and effective disease management have emerged as two of the leading drivers when it comes to growing high-yielding wheat and canola crops in high-rainfall areas. 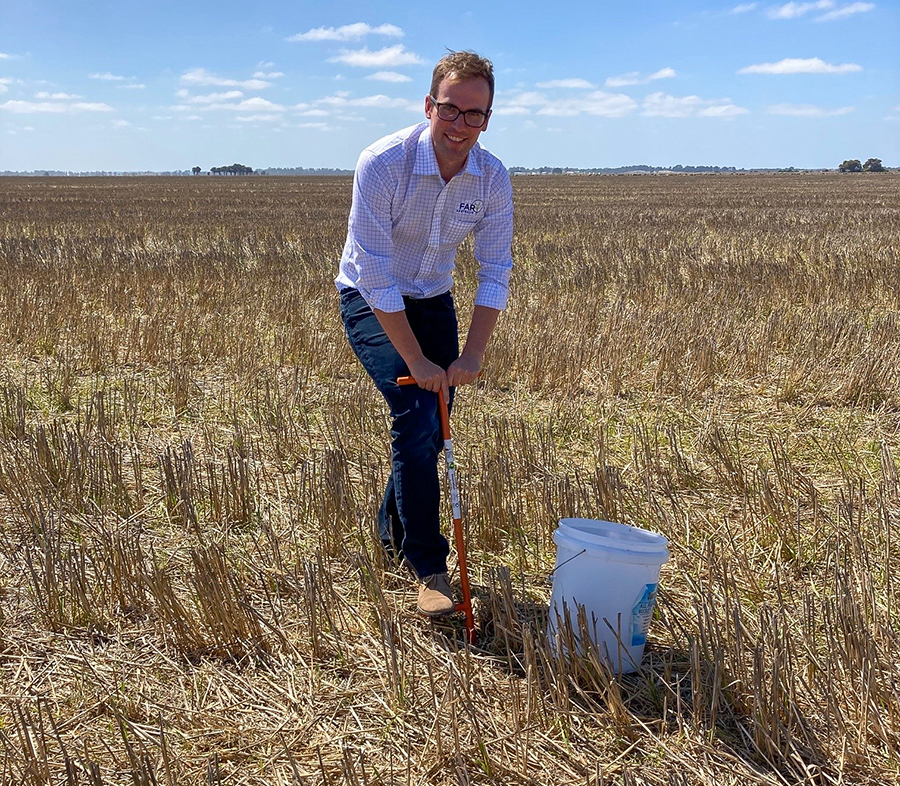 “The winter feed wheats RGT Accroc and Anapurna yielded more grain than all other varieties, producing 10t/ha and a 2t/ha yield advantage over the spring wheat Scepter,” Dr Porker says.

Of the Australian Hard wheats, LRPB Nighthawk and Beckom yielded the most grain per hectare.

Varieties did not respond differently to simulated grazing. When the grain yields of all varieties were averaged, the researchers measured a small reduction in grain yield from grazing before growth stage 30 compared to ungrazed crops.

Dr Porker says these small yield reductions are likely to be offset by the added forage benefit.

He says winter wheats that can be sown early represent a low-risk opportunity for those in mixed-farming systems to capture higher grain yields.

Generally, the harvest indices (proportion of final biomass harvested as grain) for winter wheats were 37 to 40 per cent compared to higher-yielding spring wheats, which were closer to 45 per cent. This was below the research team’s aspirational targets of 25t/ha for harvest biomass and 50 per cent for harvest index.

Septoria tritici blotch and stripe rust were the diseases that most constrained grain yields at Wallendbeen in 2020.

Dr Porker says a two-spray program applied at GS31 and GS39 generally provided effective control of these diseases in most varieties. Some of the higher-yielding varieties such as DS Bennett showed more disease susceptibility.

The stripe rust susceptible varieties LRPB Trojan and DS Bennett produced a 5.27t/ha and 3.07t/ha grain yield in response respectively to a single flag leaf fungicide, compared to less than 1t/ha with most of the other varieties (see Table 1).

Notes: 1. Scepter was unaffected by powdery mildew at this site. Winter = winter wheat.
Spring = spring wheat. Numbers followed by the same letter are not considered to be statistically different.
Further details about how the trials were run, and the associated treatments are available in reports on the FAR Australia website via https://faraustralia.com.au/resource/
Source: FAR Australia, 2021

“Nonetheless, in trials at the southern Victorian hyper-yielding crops site at Gnarwarre, LRPB Trojan was almost completely defoliated in the lower canopy under the one spray regime, compared to Wallendbeen, with the one-spray approach little better than the untreated.

“Both approaches yielded less than 3t/ha of grain. This was due to very early infection of the crop at Gnarwarre compared to the higher-altitude site at Wallendbeen where infection was noted later in the stem elongation period.”

FAR Australia managing director Nick Poole says where a wheat variety has sufficient genetic resistance to prevent disease development, fungicide application may be delayed until after flag leaf emergence or at least later into stem elongation (GS33 to GS37).

“An important part of our hyper-yielding crops studies is identifying which cultivars have sufficient disease resistance in wetter springs to allow a delay in application,” Mr Poole says.

“This approach enables a much better appraisal of whether the seasonal conditions have the potential to support fungicide expenditure and means the fungicide can be applied to more of the upper canopy leaves. 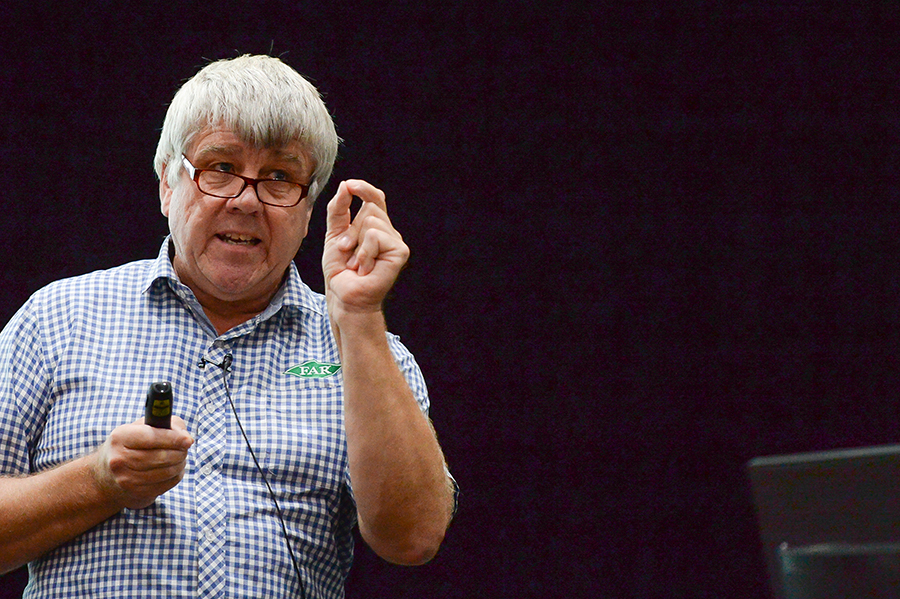 “In seasons where the spring cuts out, the flag leaf spray expenditure could be cut back or removed altogether. However, effective genetic resistance is needed in high-yielding cultivars to make this a reality.”

To preserve the effective life of fungicides, he recommends avoiding the repeated use of products with the same mode of action (MOA).

“In the case of the newer Group 11 Qol or strobilurins and Group 7 SDHIs, where possible, restrict use to once during the season. This may be easier said than done in longer-season regions, since many of the fungicides with better efficacy are also important co-formulation partners in fungicide mixtures carrying two MOAs.

“However, focusing on the key physiological timings to protect upper canopy leaves will ensure the number of fungicide applications is not excessive – usually no more than two applications, or three at most, is sufficient in most susceptible scenarios.”

Adding higher levels of nutrition, particularly nitrogen (above 150 kilograms/ha), and plant growth regulators (PGRs) did not generate notable increases in grain yields. The researchers say this was likely because plant available soil nitrogen at the site was adequate.

Interestingly, Mr Poole says there has been evidence in this research and in the previous hyper-yielding cereals project that applying excessive amounts of fertiliser nitrogen above 200 to 250kg/ha has not resulted in higher-yielding crops in that season, even though it can be shown that the final crop biomass contains higher levels of nitrogen.

In varieties that displayed late lodging at harvest – EGA Gregory, Catapult, Beckom and LRPB Trojan – there was little impact of PGRs on yield. However, there were significant positive effects from grazing on the capacity of these cultivars to remain standing.

Overall, grain protein averaged just more than 11 per cent, which indicated grain yields were optimised at the level of nitrogen applied.

“Nonetheless, the fastest winter canola was 19 days slower to flower than the slowest spring canola (all sown on 17 April), highlighting the need for local breeding to fill this space,” he says. 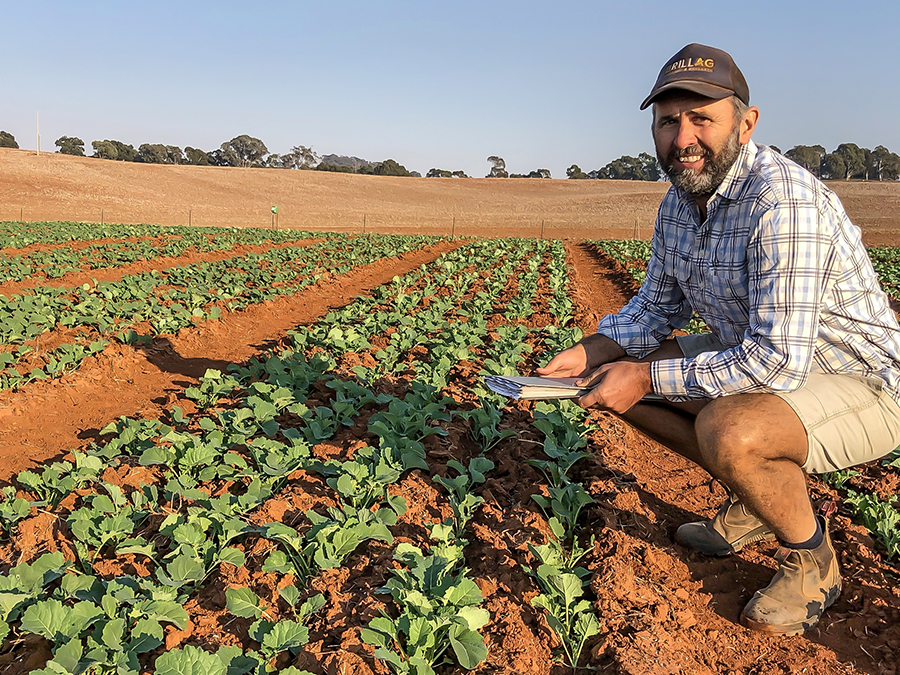 “Hyola Feast was the highest-yielding variety and had the highest oil concentration. I suspect it will form a major part of the hyper-yielding crops canola trial program in coming seasons.”

According to Mr Brill, the flowering date of the winter cultivars was later than ideal for the Wallendbeen region, whereas the spring varieties flowered close to the optimum flowering date (late August to early September).

Nuseed Diamond was the fastest spring variety to flower, at 38 days faster than the slowest commercial cultivar, ATR Wahoo.

Mr Brill says these results demonstrate the high-yielding potential of Roundup Ready® and Truflex® canola varieties and their stability for long-season environments.

“NCH18Q551 had the highest oil concentration and was the only variety to produce more than 50 per cent oil,” he says.

In an experiment examining the effects of genetics, environment and management (GxExM), careful variety selection was shown to be the critical management lever when aiming to achieve high grain yields.

HyTTec Trifecta (TT), 45Y28RR and Xseed Condor (Truflex®) were the highest-yielding cultivars irrespective of the amount of nitrogen or fungicide applied (see Table 2).

Notes: 1. Numbers followed by the same letter are not considered to be statistically different. 2. NS = Not significant. Winter = winter canola. Spring = spring canola.  Further details about how the trials were run, and the associated treatments are available in reports on the FAR Australia website via https://faraustralia.com.au/resource/
Source: FAR Australia, 2021

Extra fungicide and nitrogen (high input) increased grain yield compared to the low-input treatment by an average of 0.74t/ha.

The highest-yielding varieties also had the strongest response to increased inputs.

For the three highest-yielding cultivars – HyTTec Trifecta (TT), 45Y28RR and Xseed Condor (Truflex®) – high-input management increased yield by more than 0.9t/ha, compared with an average yield increase of 0.6t/ha for the other six varieties. The grain yield increase was mostly due to extra nitrogen.

Increased nitrogen and fungicide lifted harvest biomass and the conversion of biomass to grain (harvest index).

Interestingly, the experiment demonstrated high-yielding varieties can also have high oil levels, with Xseed Condor and HyTTec Trifecta both scoring more than 49 per cent oil on average.

Mr Brill says a single application of prothioconazole (Prosaro®) at 20 per cent bloom was enough to suppress most disease.

“Most of the yield improvement from the high-input management can be attributed to the higher rate of nitrogen in the high-input treatment, which was an extra 60kg/ha,” he says.

“Nitrogen increased final biomass by 2.5t/ha on average and increased the harvest index by eight per cent, meaning the conversion of biomass to grain was higher at higher biomass levels.”

The Wallendbeen trials will continue for another two years in a bid to determine the ideal package of varieties, nitrogen and fungicides needed to consistently grow 10t/ha of wheat and 5t/ha of canola across multiple seasons.

Visit the resource section of FAR Australia’s web site to access the complete set of results from the 2020 hyper yielding crops research.

1. Data from the Bureau of Meteorology shows Wallendbeen (540 metres above sea level) recorded 898 millimetres of rainfall in 2020. This was above the mean annual rainfall of 714mm.