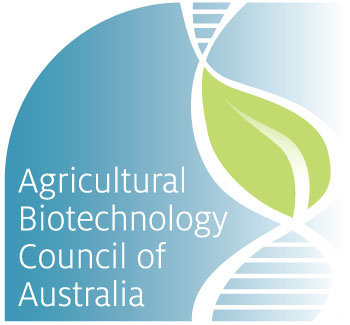 The Agricultural Biotechnology Council of Australia is an industry initiative established to increase public awareness of, and encourage informed debate and decision-making about, gene technology.

The guide was developed in conjunction with an expert national scientific panel and world-leading specialists in the field. It provides credible, balanced, science-based information on agricultural biotechnology to allow for informed decisions about the application, uses and future of agricultural biotechnology in Australia, and a better understanding of its benefits and safety.

“The world’s population is growing quickly and is expected to reach 9.7 billion by 2050. Food production will need to double to feed the world. Finding double the area of land for global crop production is simply not realistic, doubling inputs is not feasible and finding double the amount of water is impossible,” Mr Matthews said. 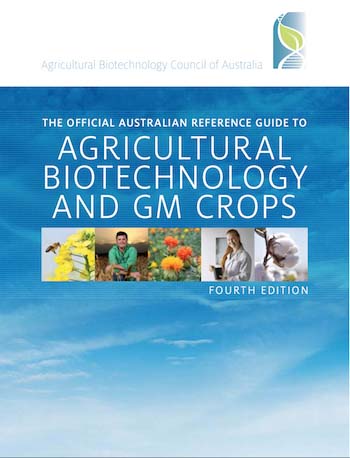 “Global agriculture needs to innovate, not simply duplicate, and agricultural biotechnology is increasingly recognised as a critical part of the solution.”

The guide, now in its fourth edition, has evolved to include the latest technology developments in agricultural biotechnology with a focus on the role gene editing will play in agriculture and beyond.

The guide also follows the evolution of consumer attitudes, in Australia and globally, and gives voices to farmers who are the experts at growing what feeds our nation.

Researchers from the Australian Research Council Centre for Excellence for Translational Photosynthesis at the Australian National University have found a way to engineer more-efficient versions of the plant enzyme rubisco by using a red-algae-like rubisco from a bacterium.

Rubisco controls how much and how fast plants fix carbon dioxide from the atmosphere into sugars and energy during photosynthesis. It has long been considered a prime target for increasing crop production, but with little success until now.

“We discovered 20 years ago that red algae can produce more-efficient versions of rubisco than those found in plants, but we have been frustrated by not being able to produce algae rubisco in plants,” lead researcher Professor Spencer Whitney says.

To overcome this hurdle, Professor Whitney and his team turned their attention to the red-algae-like rubisco from the photosynthetic bacterium Rhodobacter sphaeroides and found that the red rubisco of this bacterium is accepted inside the chloroplasts of plants.

“As the assembly requirements of this red rubisco are relatively simple, we found that plants could make lots of it,” co-author Dr Elena Martin-Avila says.

“We are already well on the way to doubling the carbon dioxide fixation rate of this already very fast bacterial red rubisco using laboratory evolution. Our next step is to see how well the evolved red rubisco isoforms can stimulate crop photosynthesis, growth and yield,” Professor Whitney says.

The research was published in the Proceedings of the National Academy of Scientists.

Cibus, a US-based company pioneering new plant breeding techniques based on gene editing technologies, has recently had 12 of its trait products designated as non-GM by the US Department of Agriculture. This designation reduces regulatory hurdles and allows a much-faster pathway to farmer access.

The new products were developed utilising Cibus’ Rapid Trait Development System, which creates targeted genetic changes without integrating foreign genetic material at any stage in the crop’s development. These products are expected to become commercially available over the next five years. They include a pod shatter-reduction trait that offers growers greater flexibility for harvest timing, particularly under adverse weather conditions; eight traits that bolster a canola crop’s resistance to fungal disease; and a trait for resistance to a novel herbicide that provides an alternative, more-efficient weed control option.

Cibus also received approval for a high oleic acid trait in canola that provides a healthier oil in the nutraceutical market and is a more-stable frying oil for food companies and food service operations, as well as approval for an additional herbicide resistance trait in rice.