Connecting the dots between the locations of these properties, the satellite view plots a thin wedge reaching across the SA coast, south-west and north-west of the state's capital.

Two properties are anchored in the Great Australian Bight on Kangaroo Island at American River and Vivonne Bay, while a third property, the original family farm, is located on the mainland at Paskeville on the Yorke Peninsula.

At first glance, the farms on Kangaroo Island and at Paskeville, separated by 330 kilometres including a small stretch of sea, might appear to have little in common.

There is a disconnect between the rainfall, soil type and acidity, climate and operational logistics of these far-flung farms.

A closer look, however, reveals the three farms are intrinsically linked by the Pontifex family's big-picture vision for a more resilient and sustainable farm business, which draws on a range of cultural practices to improve biological soil health, particularly soil organic carbon.

Achieving this vision is a long-term push for the Pontifex team, including Grant and Jodie who run 2400ha at Paskeville, and Ben and Sarah who run 2300ha at American River and 2300ha at Vivonne Bay.

Of this "long-term investment", Grant estimates that, to date, the combination of tactics to promote healthier soils has lifted soil organic carbon from 1.5 to 2 per cent (soil organic matter), and increased crop water-use efficiency from 12 to 18 kilograms per millimetre.

Much of this improvement stems from the organic fertiliser program implemented at Paskeville in 2005, Grants says. (An equivalent program was not established on the Kangaroo Island farms due to the prohibitive freight cost of manuring). 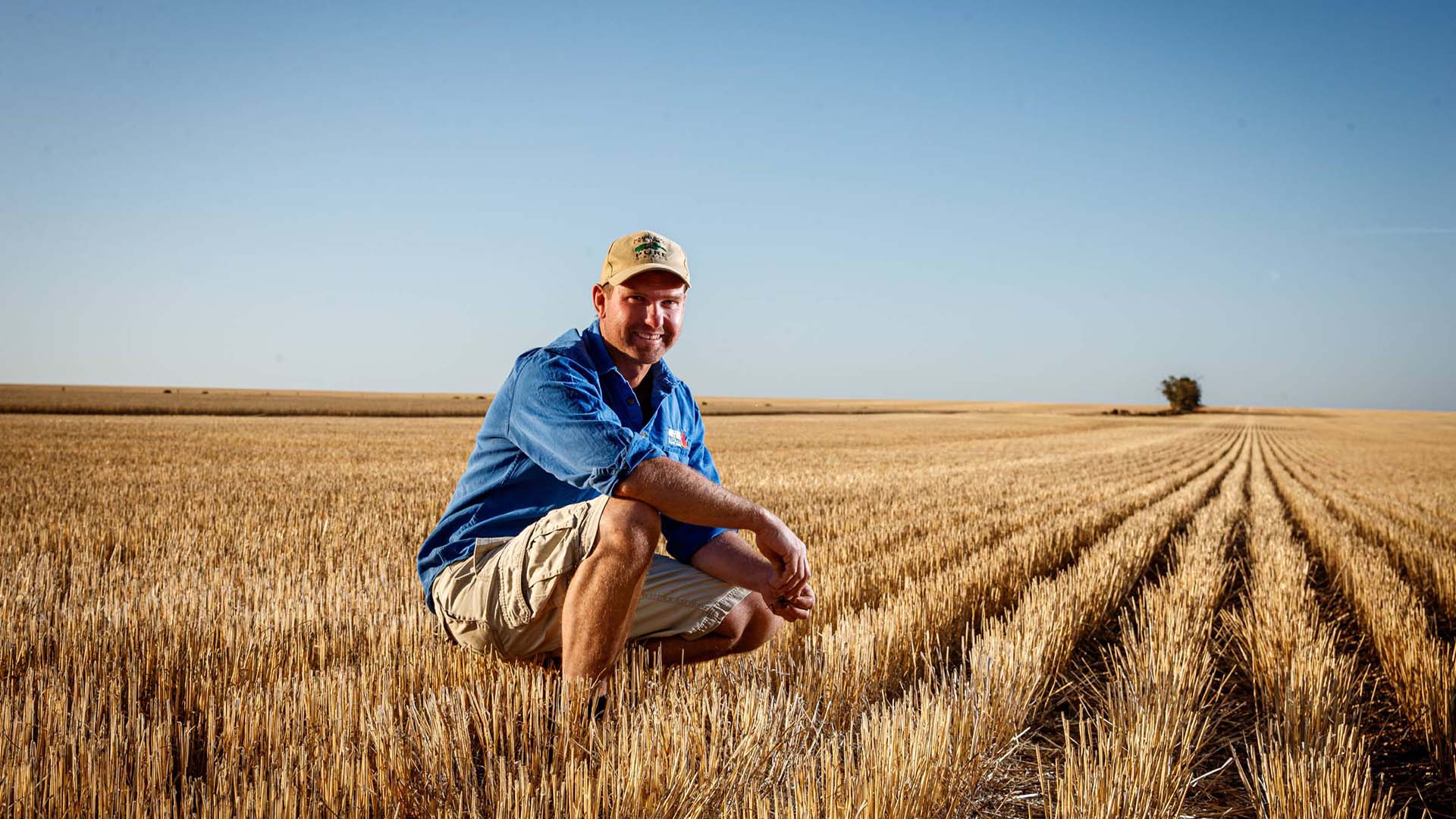 The organic fertiliser program, ongoing for 15 years on the Yorke Peninsula, sees chicken manure annually spread on the soil surface across 2400ha at a rate of 2.5 tonnes per hectare during April.

This approach delivers a slow-release supply of major and minor nutrients to crops that enabled the family to eliminate starter phosphorus fertiliser and trace element inputs from its synthetic fertiliser program within a five-year period, Grant says.

He says previous expenditure on synthetic phosphorus and trace element inputs was about $70 per hectare or $168,000 a year over the total Paskeville farm area.

"Chicken manure provides most of our crop nitrogen needs as well," Grant says, adding that the cost saving on synthetic nitrogen fertiliser is estimated at $50/ha or $120,000 per year.

"In the past few years, for example, we have not had to apply any additional nitrogen fertiliser due to the low rainfall in dry seasons. But we do apply nitrogen in high-rainfall seasons when there is more yield potential."

Together, these reduced synthetic fertiliser costs, totalling $288,000 a year, see the family recoup its expenditure on manuring operations. The cost of manuring at Paskeville, including purchase, freight and spreading, is about $80/ha or $192,000 a year, he says.

The Pontifex team spread the organic amendment on the soil surface to preserve the effects of zero-till management as part of their integrated strategy to improve soil structure and functionality.

"Spreading manure on the soil surface means we lose about 50 per cent of the nitrogen it contains to volatilisation," Grant says.

"But the benefit of moisture retention with zero-till is more important than the nitrogen loss in our low-rainfall farming system."

In an effort to reduce volatilised nitrogen losses, chicken manure is applied in cool conditions or when rain is forecast, plus it is spread on the soil surface of cover cropping country.

"Spreading manure into our cover crops helps retain 20 to 25 per cent more nitrogen, which is captured in that living crop," Grant says. Grant, left, Ben and his daughter Quin, and Neil Pontifex are committed to the family's long-term investment in soil health.
Photo: Pontifex family

The family's multi-layered strategy geared to lift soil health and vitality on all three SA farms is also underpinned by an experimental cover cropping program.

The program's design was informed by Grant's 2018 Nuffield scholarship exploring cover cropping and manuring in farming systems across the United Kingdom, France, United States and Canada.

"I looked at cover cropping around the world, mostly in high-rainfall environments where there is more opportunity to grow crops throughout the year," Grant says.

"We receive limited rainfall for growing cover crops during summer on our properties which is quite a challenge.

"However, the principles of cover cropping observed in high-rainfall farming systems in other countries are interchangeable with our low-rainfall environment; the benefits are just expected to take longer to emerge."

Rising to this climatic challenge, the Pontifex team have sown cover crops, comprising a mix of nine different crop species, during summer following their winter cash crops for the past four years.

In 2020, for example, the family planted a cover cropping cocktail of millet, lablab, canola, sorghum, sunflowers, mungbeans, maize, linseed and safflower on 700ha.

Only 100ha was planted on the Paskeville property because this mainland farm receives relatively low annual rainfall, averaging 400 millimetres.

They planted 600ha on their Kangaroo Island properties this summer growing season because these farms receive more annual rainfall, averaging 550 to 650mm. Cover cropping is also part of a strategy to remediate soils affected by the bushfires that burnt almost half of Kangaroo Island in late December 2019.

Of this "fire-recovery strategy", Grant says the cover crop planted this year helped secure the soil surface on fire-affected paddocks vulnerable to erosion.

For instance, cover crops averted topsoil drift across 600ha of burnt country when about 50mm of rain fell on Kangaroo Island during summer.

It is beneath the soil surface, however, extending throughout the entire soil profile, that cover cropping provides a suite of holistic biological benefits for the farm business.

Grant says the program aims to stimulate soil biology throughout the year, in both winter and summer growing seasons, while promoting soil organic carbon capture, nutrient cycling and water-holding capacity. 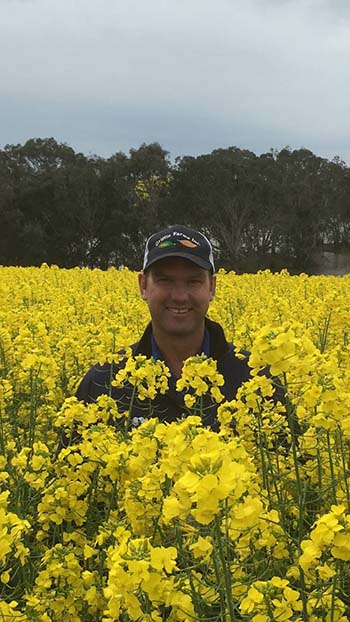 Helping to promote these benefits, particularly in terms of soil biota, is the diversity of plant species contained in the cover cropping blend of warm season grass and broadleaf crop types.

"The more crop diversity the better. Some growers in the US, for example, combine up to 25 different plant species in cover crops," Grant says.

He says each plant species makes a different contribution to overall soil health. For instance, sunflowers have a taproot that breaks open the soil at depth, while millet has a fibrous root system that infiltrates small soil pore spaces.

However, an experimental approach to cover cropping means the family's formula for diversity is continuously fine-tuned to identify crop species suited to SA growing conditions.

For example, they are considering eliminating legumes and tillage radish from the species mix, since these crop types provide insufficient plant residue and have high moisture requirements respectively.

They also started growing perennial kikuyu as a cover crop across 160ha of 'deep, gutless sands" on Kangaroo Island three years ago.

Its dormancy during the winter growing season has allowed them to sow broad beans into this cover crop, and the mat-forming grass has saved on seed and operational costs because it does not have to be sown annually, he says.

The Pontifex team plant cover crops following winter grain harvest, between early December and mid-February. "We do not have any residual soil moisture straight after harvest so we wait for rain or a promising forecast to sow our cover crops," Grant says.

But Grant emphasises that cover cropping is a "long-term investment" in soil health, the measurable benefits of which are cumulative and can be slow to emerge.

He says these benefits also need to be weighed against the yield penalty that can result from the program.

The Pontifex family have found cover cropping reduces yield in the following winter cash crop by about 10 per cent.

To help minimise losses, cover crops are sprayed out when the first of the plant species begins to flower. This practice terminates grain fill and helps conserve soil moisture for the subsequent winter crop.