Southern grains scientists are exploring the potential for a two-step approach to pre-breeding – pairing crop genetics and agronomy – to provide a step change in pulse productivity.

This is the focus of research from 2019–22 examining two major southern pulse crops, lentils and field peas, as part of the Victorian Grains Innovation Partnership (VGIP) with co-investment from GRDC and Agriculture Victoria.

Agriculture Victoria senior research scientist Dr Garry Rosewarne says the Victoria-wide study, which he is leading, has two main objectives. It aims to determine the ‘production value’ of genetic traits for plant physiology and then identify agronomic approaches to optimise the yield potential and stability of those traits.

Dr Rosewarne says the first step of this interdisciplinary approach is developing pulse ‘ideotypes’, which are genetic lines that combine a number of plant characteristics, each of which has a yield advantage.

A high-yielding lentil ideotype, for instance, might combine a particular set of traits for plant morphology (plant form and external structure).

The research team then customises a suite of agronomic tactics, such as sowing time, row spacing and nitrogen fertiliser regime, to maximise the yield benefits that each ideotype can deliver to growers.

The agro-genetic packages for lentils and field peas, containing a mix of traits and practices, are expected to inform the development of new varieties in pre-breeding and breeding programs for these pulse crops.

Dr Rosewarne says this approach is different to the conventional order of crop development in which agronomists fine-tune the yield performance of a new cultivar with agronomic practices after it is released by plant breeders. 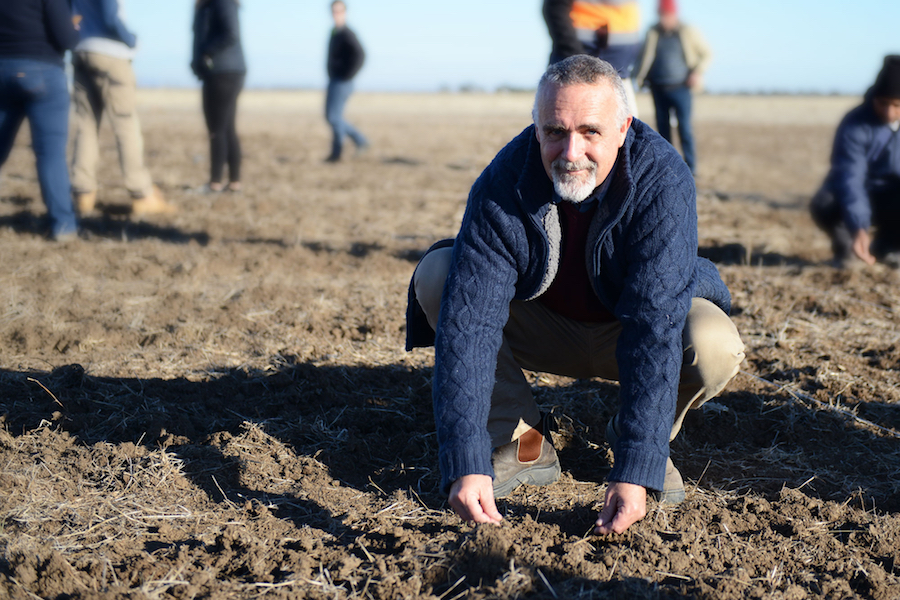 Ideotype pre-breeding is a relatively slow method of cultivar development since it incorporates various traits into a single genotype and the value of each trait is determined before plant breeding is initiated.

But it has distinct, measurable benefits because ideotypes can provide predictable yield gains in particular, defined growing conditions, such as Victoria’s low, medium and high-rainfall zones.

Plus, the research highlights not only the production value of traits, but also the on-farm practices proven to achieve those values in southern pulse growing areas.

To this end, the new agro-genetic packages could lead to the development of a new generation of high-performance lentil and field pea varieties, Dr Rosewarne says.

An overall lift in crop performance also has the potential to expand the Victorian pulse cropping area and, ultimately, improve the crop diversity of southern farming systems.

“Economic analysis of the four main pulse crops grown in Victoria also identified that lentils and field peas provided the largest economic returns and research focused on these crops would provide the greatest gains in production capacity.” The search for high-yielding genetic traits and agronomic practices has largely been guided by the findings of a preliminary scoping study, Dr Rosewarne says.

“Moisture stress was found to be a major constraint limiting pulse production, particularly in the medium and low-rainfall Wimmera and Mallee regions.”

Consequently, researchers have examined a range of adaptive traits, particularly plant architecture and phenology, that could help reduce yield penalties due to water stress in pulse growing areas.

Dr Rosewarne says one trait of special interest to the research team is “dimorphic growth habit”. This trait could be a “game-changer” because it is linked to prostrate growth in the early growth phase, leading to rapid development of ground cover, as well as upright growth in the secondary growth phase which increases canopy height, he says.

“Early establishment of ground cover is important for shading the soil to conserve moisture for crop growth and to improve the crop’s competitiveness with weeds, while increased canopy height is essential for pulse harvestability.”

To assess these and other high-yielding traits, the research team at Agriculture Victoria examined historical germplasm nurseries for field peas and lentils, which include all the varieties released since the inception of the breeding programs for both crops.

“It is known that these nurseries contain useful genetic variation for a range of traits and, because the yield of varieties has generally increased over time, the trait-based analysis indicated how specific traits had combined to contribute to yield improvement.” 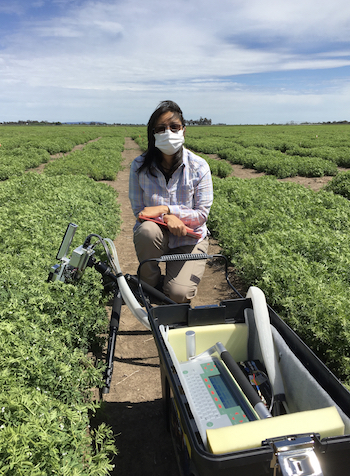 A total of 35 glasshouse and field experiments in 2020 analysed the nurseries for many traits in four broad classes. These were plant function, morphology, performance and phenology, with examples of traits ranging from carbon dioxide assimilation (a measure of photosynthesis efficiency) and plant height to root system architecture and flowering time. “Traits from all these classes will be combined to improve pulse productivity.”

“Pilot studies to visualise the growth cycle of lentils and field peas at PPV were used to establish protocols and develop algorithms for tracking morphological crop characteristics, such as early vigour, branching structure and plant height.”

Overall findings of the experiments were used to shortlist specific traits that researchers are assessing for production value. And the data is being applied to crop simulation models for temporal and spatial analyses to identify optimal combinations of traits and agronomic practices.

Early results of the study have already been transferred to lentil and field pea pre-breeding programs, and plant breeders have started crossing plants using traits identified through the research, such as large seed size and early crop vigour.

“Early vigour and seed size were the two traits that were most often linked with high yield, especially in rain-limited areas where crops yielded between 0.5 and 2.5 tonnes per hectare,” Dr Rosewarne says.

“Agronomic practices, such as time of sowing and seeding rate, were found to interact with early vigour in lentils and field peas, leading to more rapid canopy closure.

“These are fundamental steps towards improved pulse resource-use efficiency and productivity in water-limiting environments.”