Low, unstable yields pose a major limitation to lentil production in countries around the world. This includes southern Australia, where the crop was sown on 360,000 hectares in South Australia, Victoria, Western Australia and southern New South Wales in 2020.

During the same period, Australian lentil production increased from 150,000 to 360,000 tonnes, but yields have flatlined, averaging 1.2t/ha for the past 30 years, partly because the crop has expanded into low-yielding areas. 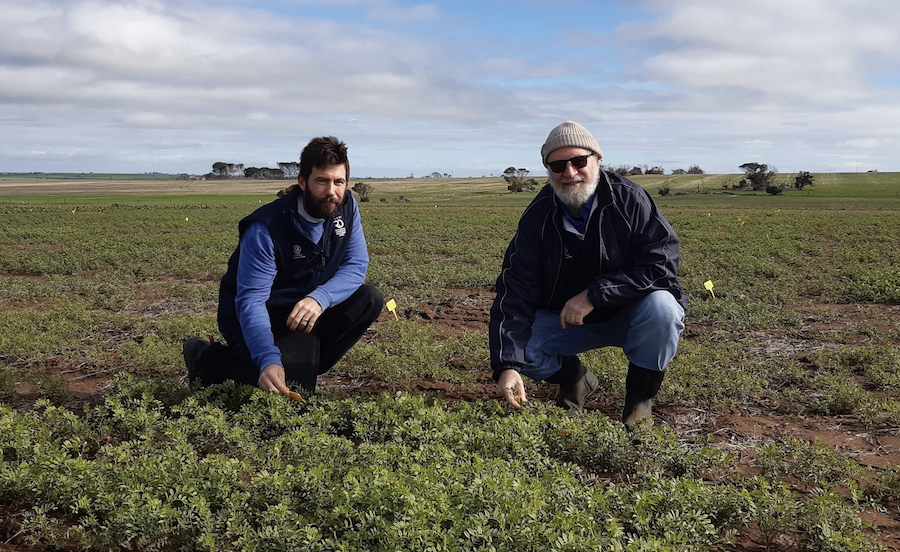 “Sensitivity to waterlogging is one of the reasons that lentil yield performance is low and unstable in high rainfall conditions,” he says.

“However, the research has identified advanced lentil breeding lines that might be able to perform better when exposed to short periods of waterlogging,” he says.

This discovery was drawn from outdoor pot trials during 2019 and 2020 in which 111 lentil lines were waterlogged for 14 days during the plant’s mid to late vegetative growth stages.

Dr Lake says the two-year experiment showed there was genetic variability in the growth rate of plants both during and after periods of waterlogging.

“New understanding of the physiological response to hypoxia (oxygen deficiency) in lentils highlights the importance of plant growth rate, not only during waterlogging, but also after waterlogging when the crop is recovering.

“The ability to select for these traits in pre-breeding programs could lead to lentil cultivars with improved tolerance to hypoxic conditions.”

“But trait selection to increase plant growth during waterlogging – as opposed to after waterlogging – might involve a trade-off, so careful interpretation of pot trial experiments is critical and field trials are needed to validate findings,” Dr Lake emphasised.

“Trait selection to promote growth during waterlogging, for example, might deplete the plant’s supply of energy and carbohydrates, effectively compromising its ability to recover following waterlogging stress.”

The trials also profiled the waterlogging sensitivity of commercial lentil varieties that could be used to inform growers’ cultivar selection in cropping areas prone to wet soils.

“Of the lentil varieties tested, PBA Greenfield was the most waterlogging-tolerant, but advanced breeding lines with superior tolerance were also identified, indicating an opportunity to further improve waterlogging tolerance.”

Dr Lake says waterlogging is a significant constraint to lentil production, in part, due to the high rainfall and low moisture infiltration of soil types across the crop’s southern growing area.

He estimates that waterlogging can affect up to 60 per cent of Western Australian and 40 per cent of Victorian lentil cropping country, as well as vast tracts of South Australia.

The ability for lentils to produce vegetative biomass and yield in variable growing conditions was another focus of the study, which has the potential to lift yields and stabilise the crop’s performance, Dr Lake says.

Chasing this objective, the SARDI research team examined the effect of ‘coupling’ (mechanistic link) between growth and yield in 20 lentil lines in eight different environments.

Scientists found that the crop’s mechanistic link between growth and yield can be broken or ‘decoupled’ in high rainfall environments with longer growing seasons.

“Decoupling of growth, particularly high biomass, and yield also has agronomic implications for lentils such as increased risk of disease and lodging and, ultimately, a further yield reduction.

However, there was no decoupling in unfavourable, low-yielding conditions, he says.

“There is also potential for agronomic practices, such as precision seeding, to improve the coupling of lentil yield and growth in favourable conditions.” 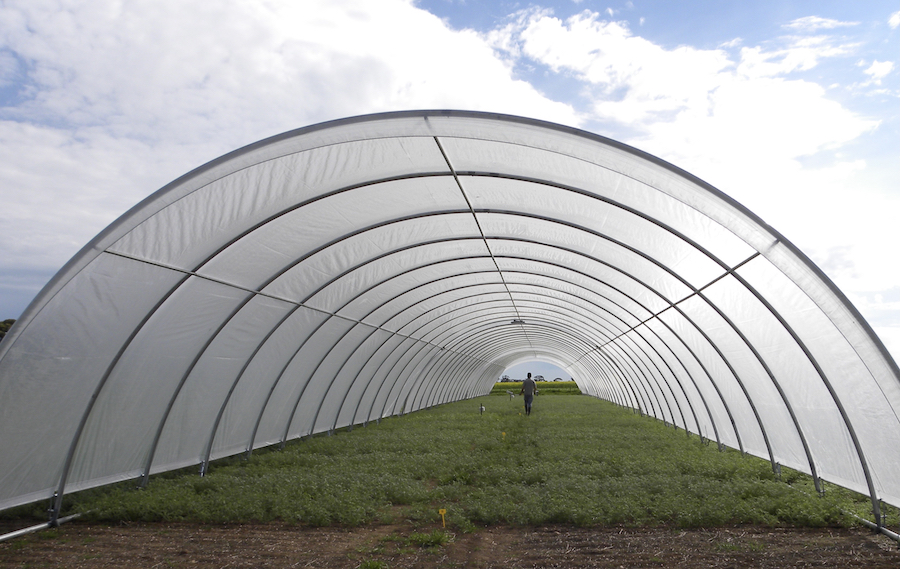 The “plasticity” of lentil growth and yield, which Dr Lake describes as the crop’s ability to respond to its growing environment, was another major study focus that explored how agronomic management practices might increase lentil yields.

“We found that lentil yield plasticity can compensate for lower seeding rates and wider row spacings in favourable growing conditions, where the crop yielded up to 3t/ha,” he says.

Lentils are generally sown at a rate of 120 plants per square metre on narrow row spacings, typically between 23 and 25cm.

“Where favourable growing conditions are expected, sowing the crop on wider, 30cm row spacings allows growers to spray for disease, particularly Botrytis grey mould, later in the season before the canopy closes.

The trials also identified important interactions between variety, sowing time and row spacing that could be used to manipulate yield.

“There might be opportunity for growers to match varieties to sowing time and row spacing, but further research is needed to understand these dynamic interactions.” 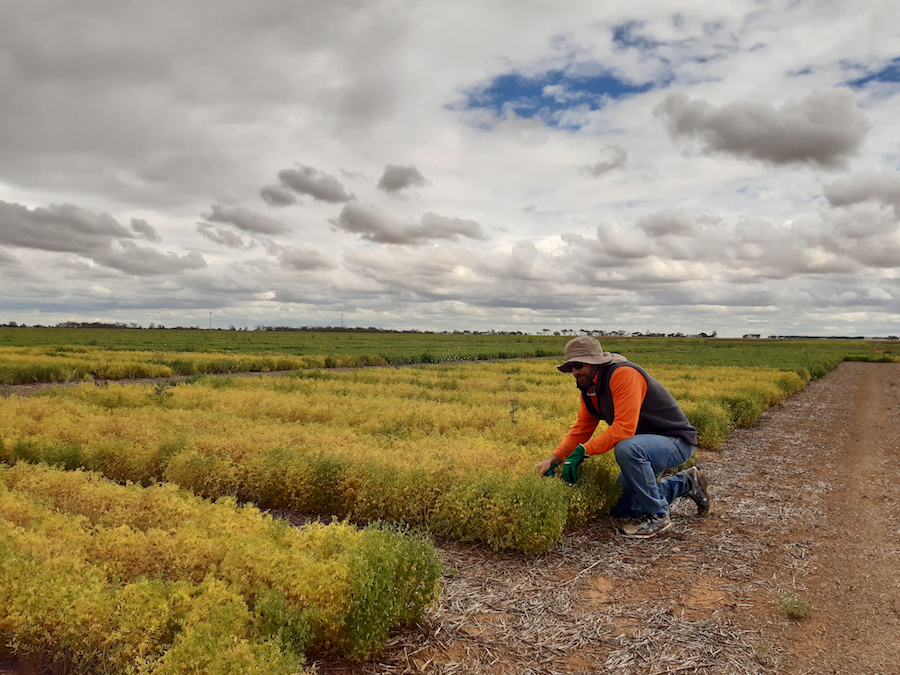 Genetic gains as a consequence of lentil breeding were also brought into focus as part of the study.

The SARDI team found that while average yields for lentils in southern Australia have generally remained static over the past 33 years, this is largely due to the crop’s expansion into less favourable areas.

“The study showed genetic improvement has increased lentil production by about one per cent (or 20kg/ha) a year over this period, which is similar to international benchmarks,” Dr Lake says.

“Breeding for lentil yield has been particularly effective under low-yielding conditions. Improving yield in higher-yielding environments is the next challenge.”