Growers know the benefits of having pulses in their farming systems, especially their ability to increase soil fertility by adding nitrogen into the soil. There is a special relationship that needs to be carefully nurtured in several ways to maximise these benefits.

The nitrogen comes from a symbiotic association that legumes form with a group of specialised soil bacteria known as rhizobia. The rhizobia colonise legume roots, forming outgrowths called root nodules. Inside the root nodule, rhizobia, in a process known as nitrogen fixation, convert atmospheric nitrogen (N2 gas) into ammonia (NH3), which is fed to the plant for conversion into plant proteins and other important biomolecules.

There are some 100 species of legumes cultivated across Australia, with the most widely grown including grain legumes such as chickpea, faba bean, field pea, lentil and lupin, and pastures such as clover, lucerne, medic and serradella, critical for livestock grazing.

As the majority of the pulses grown in Australia are exotic, it is vital to match the appropriate rhizobia species to them to ensure that they can fix as much nitrogen as possible.

However, since all broadacre legumes grown in Australia are exotic plants (that is, non-native), the rhizobia with which they form a symbiosis are not naturally present in Australian soils. In the early years of the establishment of European-style agriculture in Australia, rhizobia compatible with some introduced legumes were brought into the country inadvertently on fodder, seed or soil from other parts of the world. Although these rhizobia formed root nodules they did not fix large amounts of nitrogen, so inoculation practices using specific, well-characterised strains started more than 100 years ago.

The specificity is required because of a sophisticated molecular dialogue between the rhizobia and target legume host. The strain and legume need to 'speak the same language', producing specific molecules that each partner can recognise. These molecules then turn on genes specific to forming and maintaining the symbiosis between rhizobia and legume in each partner. If they do not have the right genes to recognise each other's signal, they cannot form an effective symbiosis.

Legume inoculation practices have come a long way and Australia now boasts one of the most well-developed rhizobia identification and selection programs for inoculants in the world. Elite strains of rhizobia are selected for and optimally matched with a host legume to fix high levels of nitrogen for growers (see Figure 1). It has been estimated the use of rhizobia as an inoculant on legume crops saves the industry about $4 billion a year in applied nitrogen costs.

Figure 1: a) Chickpea plant inoculated with Group N (CC1192) inoculant, with well-formed nodules on the roots; b) close-up of root nodule formation on chickpea roots; and c) cross-section of a root nodule.

A key factor in the success of this program is having a bank of rhizobia strains, collected from all over the world, that researchers can use as a source of genetic material from which superior strains can be selected. However, until recently no consolidated national facility existed and many strains of rhizobia languished as freeze-dried specimens in the filing cabinets and back rooms of retired researchers around the country.

Now, through a $1.55 million GRDC investment, these rhizobia resources will be preserved through the construction of a new International Legume Inoculant Genebank (ILIG) at WA's Murdoch University. The development and management of the ILIG is the task of the university's Centre for Rhizobium Studies (CRS).

Established in 1997, the CRS is dedicated to researching the microbiology of rhizobia, nitrogen fixation, legumes and farming systems. With some 20 scientists and research students who study rhizobia and legumes, the CRS is the largest group of its kind in Australia and one of the largest focused on rhizobia for agricultural legumes in the world. Therefore, it is well qualified to be custodian of these valuable genetic resources.

Construction of the ILIG began in 2020, with plans and design for the facility now finalised. Since rhizobia can be stored in ampoules as freeze-dried specimens (see Figure 2) or at temperatures of minus 80°C, the new facility will have both storage conditions - each with a capacity of more than 60,000 strains, with all germplasm replicated and stored to protect against loss. 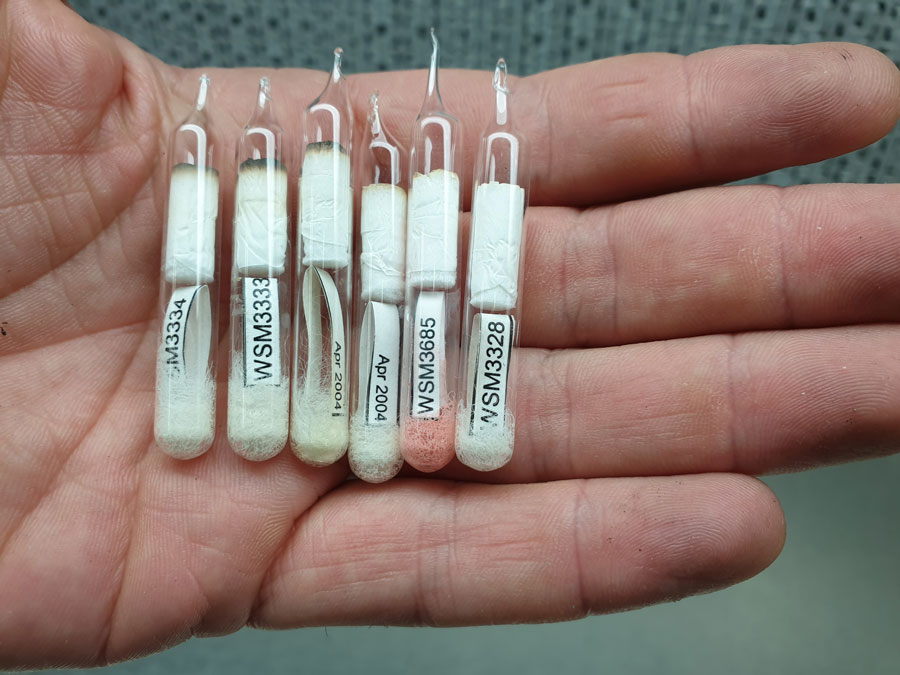 Critical to the success of the ILIG will be making these strains available for scientists worldwide to allow research into the development of inoculants for different legume crops. The ILIG will therefore be supported by a highly functional and user-friendly online catalogue that will allow stakeholders to select target strains for new pulse and pasture legume selection programs.

Most strains in the collection are more than 40 years old and were isolated and stored in the pre-genome sequencing era. This means that the genetic diversity of a huge proportion of the ILIG collection remains completely unknown. To begin to map some of this valuable genetic data, the CRS has embarked on a program to sequence the genomes of all 40 commercial legume inoculants, making this data freely available to other legume and rhizobia researchers around the world.

Even in these early days, the ILIG collection is playing a pivotal role in two large national research projects being managed through the CRS: one aimed at developing new annual pasture legume species for medium-to-low-rainfall areas of southern Australia and the other screening new elite strains of rhizobia for lentil, field pea, chickpea and vetch (see Figure 3). 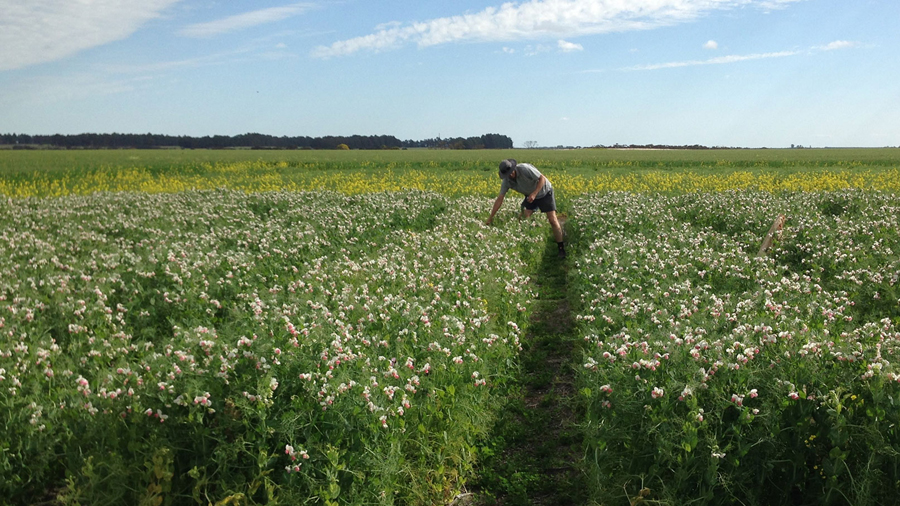 To maximise the ILIG resource, the CRS and GRDC are reviving the Australian inoculant national steering committee, chaired by CRS director Dr Graham O'Hara. The committee will bring together leading rhizobium specialists from across Australia, who will work with the inoculant industry to implement and reinforce protocols and policies to maintain the quality of inoculum strains available for growers and to recommend the adoption of new inoculum strains based on research findings.