Nutrient trials in Western Australia’s wheatbelt are giving researchers a glimpse into the way a plant responds to applied nutrients after deep ripping.

With the widespread but still relatively recent increase in investment in deep ripping, spading, delving and mouldboard ploughing across grain growing areas, scientists are yet to fully understand how soils and plants react to applied nitrogen, phosphorus and potassium in these newly tilled soils.

One trial in the nutrient research project, which is managed by the Department of Primary Industries and Regional Development (DPIRD), is examining the grain yield and quality response to applied nitrogen.

This two-year trial, on a sandy duplex soil near Meckering in WA’s central wheatbelt, has demonstrated that deep ripping can change the yield response to a nitrogen application.

DPIRD research scientist Craig Scanlan says that while deep ripping increased yield potential in the first year, it was in the second year that the real value of deep ripping on nitrogen response became evident.

“The message here is that deep ripping did change the grain yield response to the nitrogen application, but it took two years before improved nitrogen use efficiency was realised,” Dr Scanlan says.

The impact of deep ripping on gross margins was clear.

Figure 1: Grain yield and protein response to nitrogen applied to wheat at Meckering in 2019.  Source: DPIRD

Gross margins after two years showed a profitable response to applied nitrogen only where deep cultivation had been undertaken in 2018.

“This is suggesting that the plant uptake of applied nitrogen is significantly improved after cultivation when compared to the uptake of nitrogen applied to compacted soils.”

Dr Scanlan says the trial allowed researchers to better understand the longer-term residual effect of the applied nitrogen – and the interaction of this initial nitrogen with further applications – in the following season.

Further nutrient trials considered the yield response (and gross margin) with and without deep ripping, to the placement of nitrogen, phosphorus and potassium.

The trials were established to examine whether there is a long-term benefit from deep placement of nutrients in WA cropping soils. There were mixed results.

A yield increase from deep-placed nutrients occurred at two of the three sites.

The greatest response was at Tammin, where deep placement of 20 kilograms per hectare of phosphorus at 20-centimetre and 40cm depth (40kg/ha applied in total) increased grain yield by 0.29tonnes/ha compared to deep ripping only, equivalent to a 15 per cent increase in grain yield. 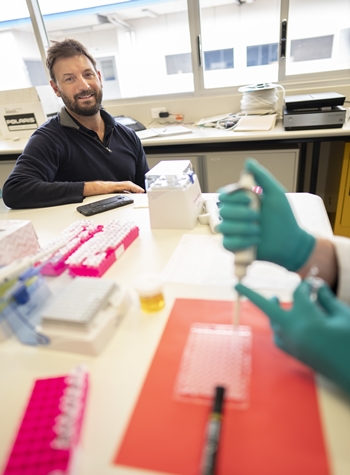 A yield increase at the Meckering site only occurred when nitrogen, phosphorus and potassium were deep-banded together.

At this site, deep placement of 40kg/ha of nitrogen, 40kg/ha of potassium and 20kg/ha of phosphorus increased grain yield compared to deep ripping only by 0.19t/ha – a seven per cent increase.

On a deep sand at Arrino, there was a greater yield response to top-dressing 60kg/ha of potassium than there was to deep ripping or deep placement of nutrients.

The greatest response to deep placement was at Tammin, where there was a 51 per cent increase in grain yield due to deep ripping.

Conversely, on the deep sand at Arrino, there was no response to deep ripping and no benefit of deep placement of potassium compared to surface application.

Dr Scanlan says these trials will continue to be monitored to see if the yield responses to treatments applied in 2019 continue and to assess the economic response to the treatments.