Wheel tracks in a deep sand after the pass of a heavy chaser bin indicate the likely soil damage that reduces soil porosity, affects soil biology and increases bulk density, all of which can have damaging effects on crop production.
Photo: Dr Peter Fisher

Adoption of CTF in the low-rainfall zone (LRZ) of south-eastern Australia lags behind other parts of Australia. The question important to many growers is 'will CTF provide similar benefits in the LRZ to those found in other regions?'

While CTF restricts compaction to the wheel tracks, growers were uncertain about whether LRZ soils are vulnerable to compaction, and whether they might naturally 'self-repair' if wheel traffic is removed.

Compaction is a complex process with machine configuration and soil condition both playing major roles. Its impact is not easy to predict. - Agriculture Victoria soil scientist Dr Peter Fisher

Compaction is a complex process with machinery configuration and soil condition both playing major roles. Hence, the impact of compaction is not easy to predict. While it can significantly reduce crop growth and yield, this is not always the case.

Compaction increases soil bulk density and reduces porosity, aeration and water-holding capacity, all of which can have damaging effects on root growth and crop production.

The Australian Controlled Traffic Farming Association (ACTFA) set out to evaluate the impact of compaction on crop yields in the southern LRZ and measure the potential benefits of adopting controlled traffic.

Compaction treatments were imposed on four CTF cropping paddocks close to sowing and under damp conditions following a low rainfall start to the season at all sites except Lake Cargelligo, where it was average.

Crops were monitored for four years to assess the impact through typical crop sequences. Some additional sites also had deep-ripping treatments to remove historical compaction. 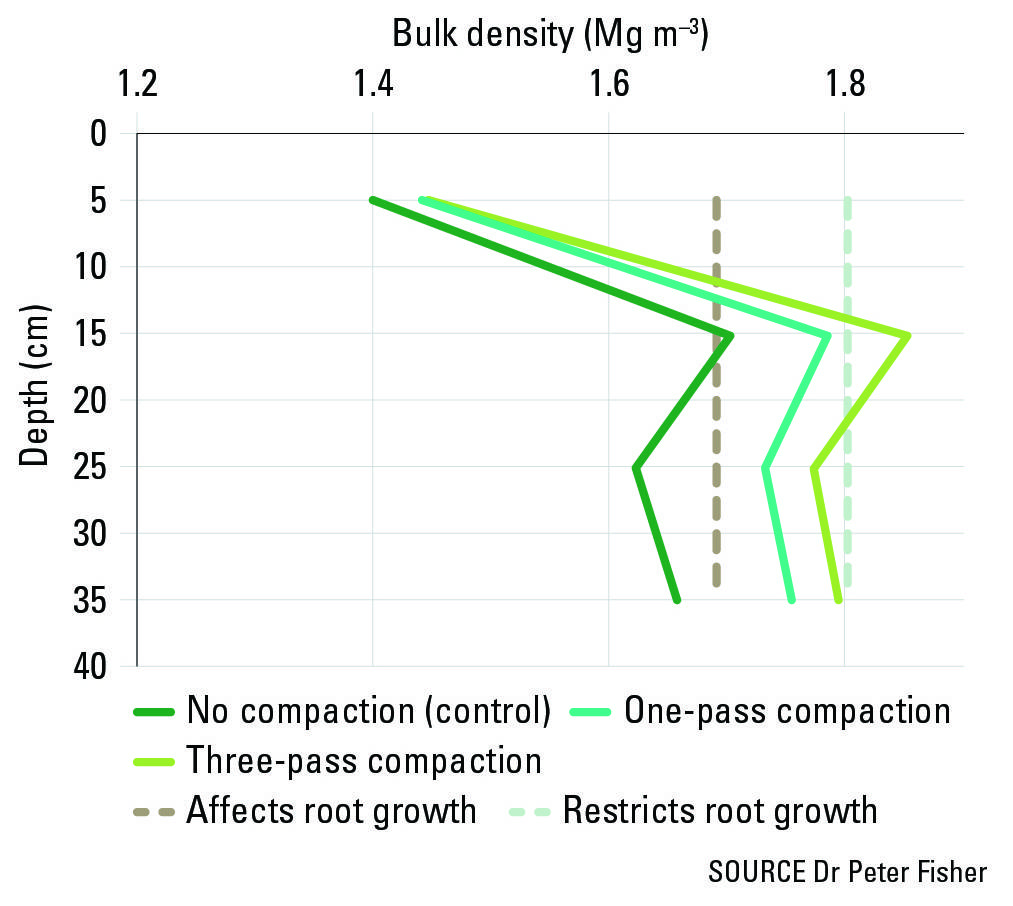 FIGURE 1: Change in bulk density due to the trafficking treatments on a Loxton deep sand. Vertical lines represent theoretical thresholds above which differences in root growth can be observed.

In a Mallee deep sand at Loxton in South Australia, trafficking caused severe compaction to at least 30 centimetres, which was expected to restrict root growth (see Figure 1).

In the four subsequent seasons, the three-pass trafficking treatment reduced yield by 20 to 63 per cent compared with the no-traffic 'control treatment' (Figure 2 shows the yields in the first year for all sites).

Even the control treatment had high soil bulk density caused by historical trafficking at this site.

The best gains were made by removing this compaction through deep ripping. Several trials and demonstrations that were ripped to about 45cm showed quite large yield improvements on similar compacted sands. Ripping to shallower depth can be ineffective.

Deep ripping to ameliorate soil compaction is expensive and the benefits will quickly be undone if CTF is not implemented after ripping.

With traditional machinery use, 50 per cent or more of the paddock might be trafficked during the season. By comparison, CTF can confine the area recompacted by trafficking to 15 per cent or less of the paddock.

In the central west of NSW at Lake Cargelligo, three-pass trafficking caused severe compaction in the deep red clay soil, but this was limited to the surface 10cm. This is because clay soils are better able to support heavy machinery than sandy soils, unless they are wet.

The surface compaction resulted in large yield losses in the first year after compaction, but less or no loss thereafter, indicating a capacity of the soil for self-repair. Similar results were found at a sandy loam site at Swan Hill.

Trafficking treatments caused soil compaction at a sandy loam site in the upper Eyre Peninsula at Minnipa. However, the increases in bulk density were below the thresholds expected to limit root growth.

Consequently, no yield reductions were found at this site. This does not mean that CTF adoption is not worthwhile when there is less compaction, as there are other potential benefits, such as fuel reductions and improved trafficability. 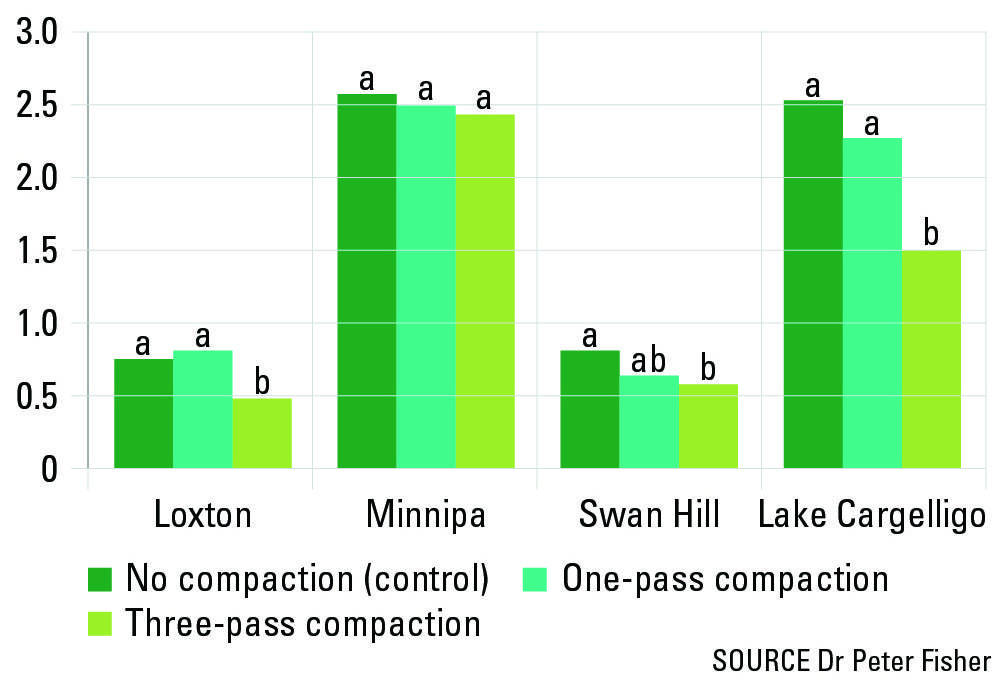 FIGURE 2: Three passes of trafficking prior to sowing in 2015 generally reduced wheat yield in the first year (treatments with different letters are significantly different within each site at 5% LSD, n = 4).

Measurements of seeder draught and tractor motion resistance at the four field sites confirmed grower assessments that CTF reduced fuel costs by about 15 per cent.

Emission measurements showed that wheel track emissions were roughly twice those of the non-compacted bed, and that adoption of CTF could reduce nitrogen losses by about 10.6kg/ha each year if the trafficked area was reduced from 50 per cent to 12 per cent.

The results show that compaction can be a significant issue on many soils in the southern LRZ, and in these cases the introduction of CTF is an important step in improving yield.

The project surveyed growers at the beginning of the study in 2014 and again at its conclusion in 2019.

Both understanding and adoption of CTF improved during the life of the project, but many growers still perceive the cost as a major barrier to adoption.

Compaction can be a significant issue for specific machinery configurations on some soils in the southern LRZ and, in these cases, the introduction of CTF is an important step in improving yield. - Australian Controlled Traffic Farming Association chair Chris Bluett

An economic analysis in the LRZ has shown this does not have to be the case. Any extra costs associated with CTF adoption can be minimised by planning the purchase of appropriate equipment as part of a normal machinery replacement program over 10 years or more.

Most companies now offer standard CTF options on their machinery.

Growers can learn more about CTF from the e-book On the right track. Controlled-traffic farming in the low-rainfall zone of south-eastern Australia.