Could collaboration be best weapon against weeds?

Could collaboration be best weapon against weeds?

The AWWM project is investigating a different approach to traditional weed control where people have tended to focus on select areas, such as farms, roadsides and national parks, without collaboration.
Photo: GRDC

Collaborative weed control has the potential to deliver a ‘better return on investment and be more effective’ for all land users, according to initial results from an innovative new project led by GRDC investigating the social and economic impact of area wide weed management.

In contrast to the area wide management of feral animals – which requires co-ordinated control at one point in time for greatest efficacy – area wide weed management is unlikely to mean controlling weeds at the same time or even with the same approach. It is likely to involve different land managers working together with a shared understanding and a common goal for weed management.

The research is part of the ‘Area Wide Management for cropping systems weeds, investigating the weed management, social and economic opportunity’ project which receives $1.8 million in funding from the Australian Government Department of Agriculture, Water and the Environment’s Rural Research and Development (R&D) for Profit program. GRDC provides an additional $466,000, which is also matched by the Cotton Research and Development Corporation. 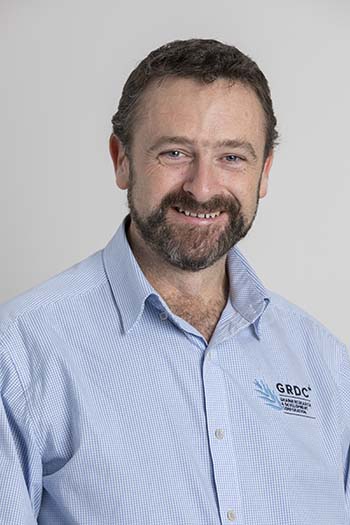 As part of the project, interviews were recently conducted by the University of Wollongong, exploring the attitudes of grain growers, orchardists, cotton growers, vegetable producers and local government agencies.

GRDC Manager Weeds, Jason Emms, says the project hopes to identify the barriers to individuals, industries and organisations working together to control weeds.

“This project is really about taking a different approach to traditional weed control where people have often focused on select areas, such as farms, roadsides and national parks, without collaboration,” Dr Emms says

“We want to investigate whether there are opportunities, in an economic, social and environmental sense, associated with an area wide management approach – especially when you consider weeds like fleabane and feathertop Rhodes grass that are affecting a range of industries in a region.”

Social researcher Sonia Graham from the University of Wollongong says the interviews involved more than 80 people from across Australia, with a focus on three case study regions – the Darling Downs in Queensland, the Riverina in New South Wales and the Sunraysia region in Victoria.

“These initial interviews identified some of the key benefits of collaborative weed control as including a better return on investment and more effective control, greater awareness of weed issues, and less confusion over responsibility,” Dr Graham says.

“There was a general belief that one potential approach within area wide management – the pooling of resources – could result in individuals spending less on weed control over the long term.

“However, the interviews also highlighted three key challenges – leadership, bringing people together and demonstrating benefit – that would need to be addressed as part of an effective area wide weed management program.

“The interviews also revealed a wide range of weed concerns across the three regions, with herbicide resistance being considered the most significant issue by more than half of the interviewees because it increases the costs of weed control and resistance can travel easily across fence lines.”

Dr Emms says herbicide resistance is a major challenge for those on the frontline of weed control, with resistance genes capable of moving via both seed and pollen.

The initial interviews also asked participants to rate the weeds of most concern for their region with flaxleaf fleabane, feathertop Rhodes grass and annual ryegrass identified as the most problematic weeds across the three geographic regions.

The project is also undertaking local on-farm trials and weed and resistance mobility testing in the Darling Downs, Riverina and Sunraysia regions.

A more extensive survey of growers will be conducted in July and August to validate and develop a more comprehensive understanding of how to take the next steps towards gaining wider benefit from implementing area wide weed management.