Review highlights key factors in the evolution of insecticide resistance

Review highlights key factors in the evolution of insecticide resistance

A review has underscored the main factors involved in insecticide resistance in Australia.

More and more frequently, insecticide resistance is a topic of conversation in the Australian grains industry and is an important consideration when planning pest management. A recent review undertaken by cesar, the University of Melbourne and CSIRO has considered the major factors at play in the Australian grains industry that will continue to support both the evolution and the persistence of insecticide resistance.

As highlighted in the review, there are several features about the environment in which Australian grain growers are making decisions that influence resistance management:

Using redlegged earth mite (RLEM) as an example, resistance has been detected in two chemical Mode of Action (MoA) groups: synthetic pyrethroids (Group 3A) and organophosphates (Group 1B).

Both are routinely applied against this pest in the grains and grazing industries and, in fact, in the case of cereals (wheat, barley, oats, rye and triticale), organophosphates and pyrethroids account for more than 85 per cent of all estimated insecticide applications. In legumes, the picture is similar, although pyrethroids are the most widely used MoA and neonicotinoids are used far less than in cereals. Pyrethroids, organophosphates and neonicotinoids are also widely applied in canola crops within Australia.

One chemical application practice that has been on the increase is the use of seed dressings, which are largely neonicotinoids. Canola seed is almost universally purchased as a dressed seed and, in other crops, the threat of crop impacts by pests such as Russian wheat aphid has led to a rise in seed dressing usage.

Ultimately, insecticides available to grain growers are extremely limited, and the review highlights that there are a few clearly preferred active groups used on-farm.

It is unlikely that many new MoAs will be available for control of current grain pests in the near future. For example, RLEM, which is quickly evolving resistance to multiple actives, has only five unique MoAs registered against it. Grain growers are heavily reliant on three of them: organophosphates, pyrethroids and neonicotinoids, the latter of which may only be applied as a seed dressing in the case of this pest. Only one insecticide formulation with a new MoA has been registered against RLEM in the past 15 years.

Evolution of resistance in multiple pest species, and tighter usage regulations placed on certain chemistries by regulatory authorities, have resulted in a reduced pool of chemicals for use by the grains industry. Over time, reliance on prophylactic applications and insufficient practice of chemical rotation across the industry will see selection pressures increase.

Resistance to pirimicarb insecticide was detected in green peach aphids in 2010. Photo: cesar

Oat aphid ranks highly because of the sheer area of wheat (and other crops) that can receive non-selective aphid sprays. Cowpea aphid (pulses) and cabbage aphid (canola) are also strong resistance candidates because they can be unintentionally sprayed when crops are sprayed for other pests such as native budworm, Etiella and diamondback moth. Lucerne flea are poor dispersers and invariably present in a large number of paddocks, sometimes in low numbers, thus regularly exposed to insecticides when a crop is sprayed for other pests.

Based on this outlook, informed choices in chemical actives and use of other management tactics are becoming ever more important. Resistance issues continue to increase, despite the overall quantity of insecticides decreasing in many regions of the world. However, there are existing and emerging tools available, making ongoing management of resistance achievable if they are put into use.

Insecticide resistance management strategies (IRMS) are available to the grains industry for several key pests - RLEM, green peach aphid, diamondback moth and cotton bollworm. These strategies set out the context of current resistance issues, provide guidance on rotation of chemicals and emphasise how non-chemical management tactics may be integrated into farming systems.

However, uptake of the guidelines and principles in these IRMS is slow and has been constrained by several factors:

As mentioned, another tool that is beginning to be used for management of resistance is prediction modelling. Models can be used to identify production areas at high risk of local pest populations evolving resistance, or even predict which pest species are more likely to evolve resistance than others. These are a couple of examples for how prediction modelling may be used, but the opportunities for other practical uses go far further.

There are also future opportunities with new molecular approaches, such as CRISPR gene editing technology. This technology has recently been used to reverse engineer susceptibility to two different insecticide groups by targeting cytochrome P450 genes, which are commonly involved in pesticide resistance. In addition, technologies such as CRISPR may offer novel opportunities to identify resistance mechanisms that have previously proven difficult to characterise. 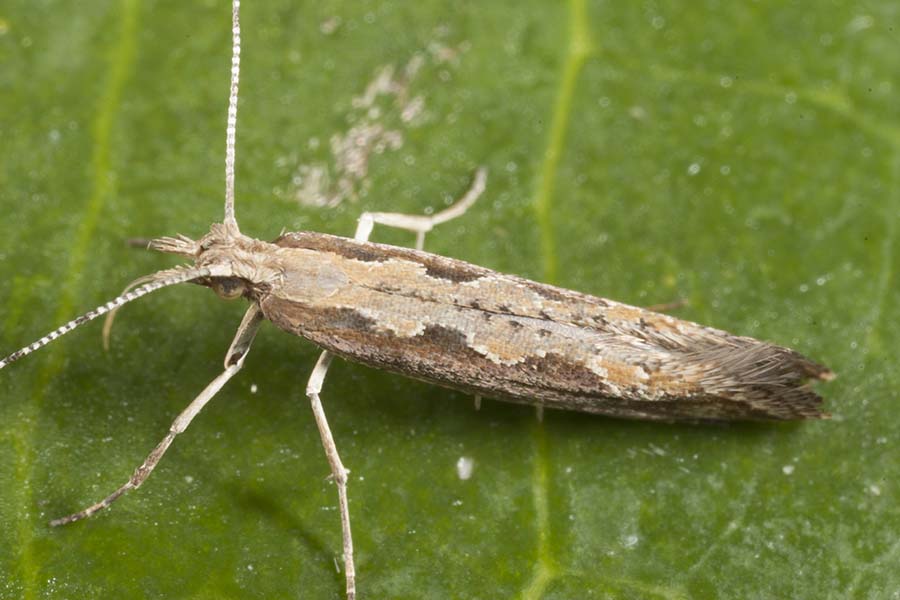 Ultimately, the speed at which resistance evolves is influenced by many factors, including the rate of reproduction, migration and host range of the pest, proximity of susceptible populations, persistence and specificity of the insecticides used, and the rate, timing and number of chemical applications.

Reducing the selection pressure imposed by insecticides will in turn reduce the risk of resistance evolving, will give beneficial invertebrates the best chance of controlling pests and may lead to local pest populations regaining sensitivity to chemical controls (being resistant often comes at a 'fitness cost' and populations may revert back to 'wild type' if the resistance gene is no longer conferring a benefit).

The grains industry Crop Protection Forum is an annual learning forum that highlights the need to consider resistance when making pest management decisions. In 2019, cesar will coordinate this one-day forum, which will be held at the Rich River Golf Club in Moama on 3 December. The forum will be run in partnership with the Centre for Crop and Disease Management, and the Australian Herbicide Resistance Initiative.