More durable leaf rust resistance in the works for barley

More durable leaf rust resistance in the works for barley

From causing epidemics that destroy up to 60 per cent of barley yields, leaf rust (Puccinia hordei) control is being improved through the strategic use of a subtype of resistance genes first characterised in Australia.

The work at the PBI was initiated in 1989 by Professor Robert Park and since then has grown, with crucial contributions by team members Dr Peter Dracatos, Dr Davinder Singh, Dr Laura Ziems and 14 postgraduate students.

Professor Park and his team have identified and characterised three genes that provide durable forms of resistance that are unlikely to break down and result in rust epidemics.

These genes belong to a class called adult plant resistance (APR) genes. Importantly for the barley industry, resistance levels increase additively as more APR genes are combined and deployed together within the same barley cultivar.

In an important step towards the strategic use of stacked durable resistance genes, Professor Park says that tightly linked DNA markers have been developed for all three APR genes for use in high-throughput marker-assisted breeding programs.

This development work has important industry implications, as resistance genes provide the lion’s share of economic savings possible given all available leaf rust control options, which include agronomic practices (such as green bridge destruction) and fungicides.

“An economic analysis performed by Gordon Murray and John Brennan on behalf of GRDC found that resistance genes account for 63 per cent of savings associated with leaf rust control efforts in barley crops,” Professor Park says.

That percentage was worth $47 million out of an estimated total savings of $75 million that the analysis linked to leaf rust control. The analysis (PDF) is publicly available through the GRDC website.

The genes that matter

Leaf rust resistance genes in barley are of interest worldwide and collectively researchers have identified a total of 28 since the first gene was catalogued in the early 1970s. These are denoted as ‘Rph’ (Resistance to Puccinia hordei) genes. 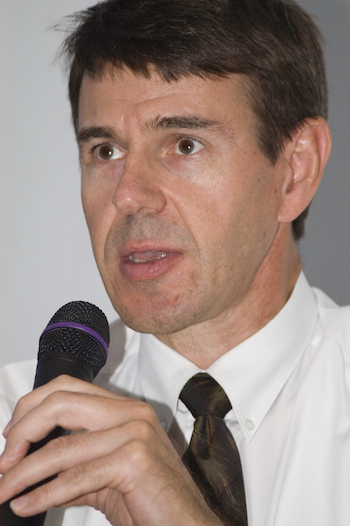 Of this total, eight have been identified and designated in Australia since 2002, more than half of which provide excellent resistance in all Australian barley growing regions.

Professor Park stresses that this pool of genes fall into two categories:

The University of Sydney team was the first in the world to target the APR genes. Working with colleagues at the University of Queensland, they discovered and characterised three (Rph20, Rph23 and Rph24) in locally adapted barley varieties.

The team further showed that the individual impact of these genes on resistance adds up once the genes are combined within the same variety.

The team has now screened all cultivated Australian barley varieties (and some historical ones) to determine the genetic basis of their leaf rust resistance, with the information available through the Cereal Rust Report, Volume 17, issue 1.

Monitoring of the leaf rust pathogen by Professor Park also noted increased incidence of virulence against gene Rph2 that led to severe leaf rust in crops of Grout in Australia’s north-east in 2010.

Race surveys since 1989 indicate that ASR genes that remain effective in Australia are Rph5, Rph7, Rph13 and Rph15. DNA markers have been developed for each of these resistance genes to aid in their deployment. Additionally, Rph15 has been isolated and the researchers are close to doing the same for Rph5 and Rph7.

“Based on monitoring the leaf rust pathogen over the past 33 years, it would seem just a matter of time before barley cultivars become entirely dependent on APR genes,” Professor Park says. “So, a strong focus was to get ahead of the pathogen and increase the number of APR genes available for use in Australian varieties.”

Mapping the next gene cache 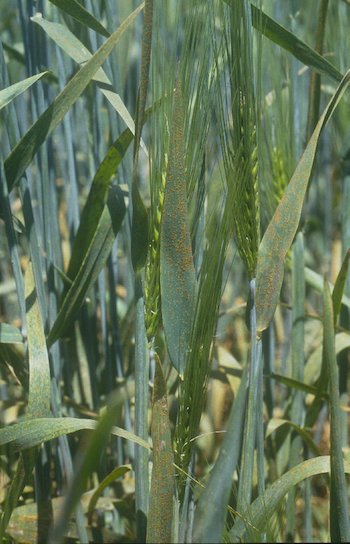 A diverse pool of barley germplasm has been screened for APR genes to leaf rust using the high-throughput greenhouse and field rust screening platform at the PBI. Germplasm containing known APR genes were excluded at the outset, based on DNA marker assessments, to ensure the discovery work targeted novel genes.

“We know we have more APR genes in our sights and we are now drilling down to develop DNA markers to tag these novel sources of resistance,” he says. “Given the technology available to us today, we are making much faster progress with this gene discovery work than in the past.”

Given that impacts of leaf rust on industry (along with industry interest in the disease) have waxed and waned, the current crop of discoveries and breakthroughs are a testament to Professor Park’s tenacity and skill. Ever since leaf rust first caught his attention in 1989, he has been determined to find solutions.

“Leaf rust is a problem that has expanded geographically and intensified over time, and I always thought the problem deserved an efficient genetic solution,” he says. “I believe we are now on the cusp of having the right genetic understanding and tools to take leaf rust resistance to a new level.”

Key to this recent advance was GRDC investment through two projects starting in 2015. These projects sought the development of genetic tools against barley leaf rust and the accelerated deployment of durable adult plant resistance genes.