Ascochyta blight found in some New South Wales crops in 2020 could still be in paddocks – warranting a pre-sowing disease check in 2021.

“If you can see intact chickpea stubble, assume that Ascochyta blight inoculum is viable in that paddock,” Dr Moore says.

Dr Moore says paddocks where Ascochyta blight was found during 2020 had a history of chickpeas and the fungus had survived on old chickpea residue during the drought years. 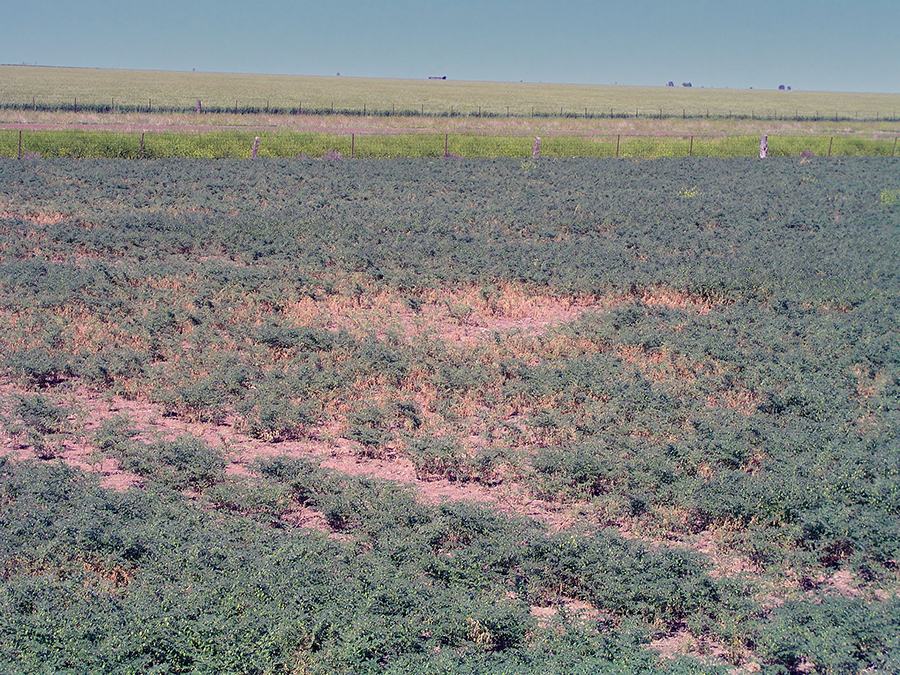 “Those paddocks where Ascochyta blight was found during 2020 were managed successfully using the package we have developed through the Grains Agronomy and Pathology Partnership (GAPP) between NSW DPI and GRDC,” he says.

“But remember that the Ascochyta blight inoculum will still be on residue in those paddocks. It is also likely chickpea residue from those infected crops that exited from the rear of harvesters will have blown on to paddocks planted to wheat or barley in 2020.”

Dr Moore says 2021 chickpeas planted into 2020 wheat or barley stubbles that have been inoculated with Ascochyta blight-infected chickpea residue will be exposed to that inoculum.

A high-risk paddock is: 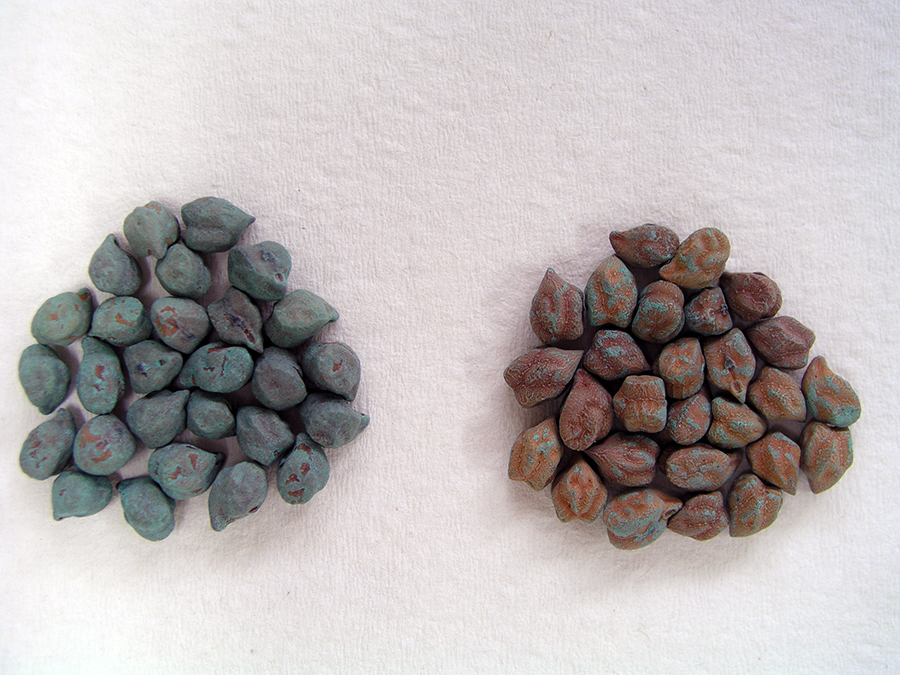 He says pod infection was evident in the Lachlan Valley region and near Trangie, Nevertire and Coonamble during October 2020.

“The seed from those pods could be internally infected with Ascochyta blight, but there’s another way seed transmission can pose a risk,” he says. He says growers are often surprised to learn they have Ascochyta blight in their chickpeas when they have never previously grown chickpeas. But chickpea residue inoculated with the fungus can blow downwind and infect paddocks up to 20 to 30 kilometres away.

Dr Moore says all planting seed should be treated with a registered fungicide, irrespective of seed age and origin. Even if seed has tested negative for Ascochyta blight, fungicide still should be applied, he says. This is because pathology tests are only done on a small percentage of seed.

“Effective application of fungicide should control seed-borne Ascochyta blight that is internal and external, seed-borne Botrytis seedling disease and protect seedlings from soil organisms that can reduce establishment and early vigour under less-favourable conditions such as cold or wet soils and deep planting,” he says.

“Research has shown that P-Pickel T®, which consists of thiram plus thiabendazole, and products containing thiram only, such as Thiram® 600, are equally effective against Ascochyta blight. Follow label directions, use the recommended rate and ensure effective coverage of the seed is achieved.”

Dr Moore says the susceptibility of chickpea pods to Ascochyta blight is important to know because if pods become infected early in their development, they will abort and reduce grain yields.

“If they’re fully developed, but the stalk that holds the pod to the plant is infected, they will also abort,” he says. Chickpea pods from different varieties differ in how susceptible they are to Ascochyta blight infection. Jimbour and Kyabra are the most-susceptible varieties. Photo: NSW Department of Primary Industries

“The most-susceptible varieties were Jimbour and Kyabra, followed by PBA Boundary, PBA HatTrick, Genesis Kalkee and PBA Monarch. The varieties with the least number of infected pods and the least severely infected pods were PBA Seamer and Genesis 0425.