An international collaboration aimed at developing innovative weed control solutions for Australian grain growers has been extended by four years to 2025, with an additional $36 million in GRDC investment.

The Herbicide Innovation Partnership (HIP) is an initiative of GRDC and the crop science division of Bayer. Its key objective is to provide Australian growers with new technologies to manage herbicide resistance. The private-public partnership was formed in 2015 and, since then, it has delivered promising results in the identification of chemistry candidates for new sustainable herbicide modes of action.

GRDC’s senior manager biosecurity and regulation, Ken Young, says the focus of HIP research is to discover selective herbicides that target weeds of Australian importance for use in wheat and other broadacre crops. Weeds cost Australian grain growers almost $3.3 billion a year – and Australia has the second-highest number of herbicide-resistant weeds in the world, sitting just behind the United States.

“The HIP was initiated in 2015 in response to Australian grower needs and increasing prevalence of herbicide resistance reducing the efficacy of current products, and the ongoing threat of product removal due to changing local and global regulatory standards,” Dr Young says.

“GRDC was also cognisant of the slow pace of innovation in global herbicide discovery, and particularly innovative new resistance-busting modes of action. These factors remain a priority for Australian growers and are arguably more pressing now than five years ago when the HIP collaboration was initiated.”

Dr Young says the collaboration’s objectives are long-term, as it takes a minimum of 10 to 12 years to bring any compound through the pipeline to commercial development.

“However, progress to date has been significant and the HIP investment has developed a strong early stage pipeline of herbicide field candidates to deliver new weed control technology, providing both partners with the impetus and confidence to invest for a further four years,” he says.

One of the partnership’s aims is fostering training and education for Australians in industrial research techniques and herbicide research and development.

Bayer Australia managing director Joerg Ellmanns says 34 postdoctoral positions have been employed through the program so far – the majority of which have been filled by young Australian scientists. This provides professional training in leading laboratories in Frankfurt, Germany, while working on Australian-focused outcomes.

The second phase of the HIP will involve at least two cohorts of 11 postdoctoral students. The expectation is that most will come from Australia.

The partnership has affirmed my love of exploring unknowns in chemistry.

One of the postdoctoral students who studied in Frankfurt as part of phase one, Reece Crocker, says the HIP was attractive because it gave him an opportunity to work in a new environment. “It gave me a chance to push my boundaries in learning and discovering again. It offered me a platform to contribute to scientific discoveries outside an academic setting and see real-world results,” Dr Crocker says.

“In terms of my career, I have been able to show versatility in the chemistry I can work with, and I have had the opportunity to contribute and generate my own ideas. The partnership has also affirmed my love of exploring unknowns in chemistry.”

Dr Crocker is exploring new compounds as herbicides. “Hopefully my work will contribute to filling out the unknowns. This would allow grain growers to have (new) herbicides that can target resistant weeds.

“The work I am focusing on is new modes of action.” 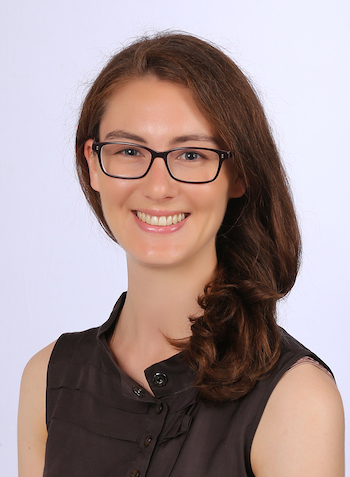 Postdoctoral student Siobhan Wills, who also travelled to Frankfurt as part of the HIP project, says the position “ticked most of the boxes” for her after she completed a PhD in synthetic carbohydrate chemistry at the University of Western Australia.

“My work in the HIP was in the early phases of development, so my project was looking at potential herbicide ‘hits’ that could then be developed into targeted or specific herbicides,” Dr Wills says.

“I worked on making groups of small molecules with similar skeletons that inhibited the growth of certain amino acid chains in plants. We would then screen these molecules on a variety of mono and dicotyledon plants to see how the compounds affected the growth of the plants.

“From there we could decide which skeleton looked most active and what further changes we’d like to make. Once we designed a compound that looked like it had sufficient activity and specificity, this ‘lead compound’ would be passed on to another group for further refinement.”

Since returning to Australia, Dr Wills has taught at the University of New South Wales (UNSW). “I use my teaching to expand students’ perceptions of where chemistry can take them. I always try to show my students the wide-ranging applications of synthetic chemistry, including crop science.

“Working in an R&D company has expanded my understanding of how chemical businesses function and this is valuable for how I approach working at UNSW as an individual and in a team.”

Bayer Australia’s Mr Ellmanns says the partnership with GRDC puts Australian growers at the next frontier of the development of new molecules while cultivating capability and capacity for the nation’s grains industry.

“The HIP places Australian weed species at the centre of discovery for the next generation of sustainable weed control,” Mr Ellmanns says. “Bayer is dedicating infrastructure and people at our centre of excellence for weed control research in Frankfurt, supporting the development of a herbicide pipeline that aims to provide Australian agriculture with solutions to manage weeds.

“The GRDC investment on behalf of Australian growers has contributed to our scientists synthesising several tens of thousands of new molecules for laboratory and greenhouse testing, and several of these have progressed to the stage of readiness for  field testing.”

The HIP project’s second phase will continue the search for new modes of action, along with field testing at various global locations, including Australia, to ensure efficacy under Australian conditions. Ten Australian weeds are subject to testing by Bayer under glasshouse conditions, while additional species are taken into account within field testing in Australia.