By gaining a better understanding of fall armyworm’s (FAW) genetic make-up and insecticide sensitivities, effective pest management plans are being developed in a new CSIRO-led project.

“The more we know about this armyworm, its genetics and its response to insecticides, the better we can plan for effective management,” Dr Tay says.

The project is co-invested by GRDC, the Australian Centre for International Agricultural Research (ACIAR), the Cotton Research and Development Corporation, FMC Australasia and Corteva Agriscience.

Dr Tay says this particular species of armyworm has developed resistance to commonly used insecticides in other parts of the world, making management more difficult.

“It has spread rapidly since the first reported detection in Africa in 2016, across Asia and Africa and to Australia in early 2020, potentially carrying new insecticide resistance or feeding traits.

“The resistance status of the current incursion, potential for resistance to develop over time and the ongoing migration of FAW into Australia and the region may present significant challenges to agricultural industries.

“Historically, the pest has been classified as either rice-preferred or corn-preferred fall armyworm. However, recent genomic studies have confirmed the presence of hybrids in both native and invasive ranges. This has led to gaps in our understanding of host crop preferences, especially in invasive populations.” 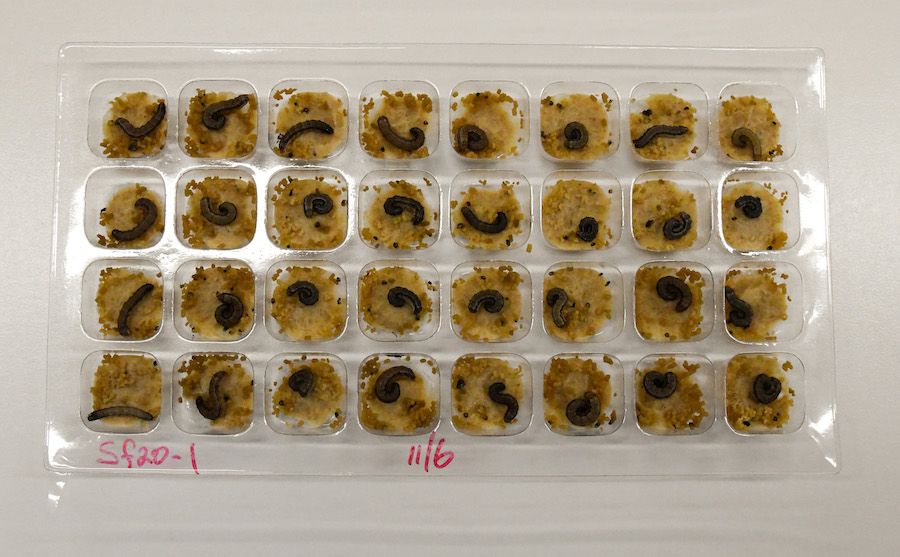 This particular species of armyworm has developed resistance to commonly used insecticides in other parts of the world, making management more difficult. Photo: CSIRO

The team will focus on developing new knowledge in two areas.

First, it will conduct a genetic characterisation of the similarities and differences in the populations found in Australia and South-East Asian countries. Second, it will test the insecticide sensitivities of these populations, which may already show some level of resistance to commonly used products.

"The team will look for genetic markers that, if present, may suggest some populations already carry mutations that make them able to withstand specific insecticides,” Dr Macfadyen says.

GRDC biosecurity manager Dr Jeevan Khurana is coordinating the partnership. He says the co-investment will address an immediate priority – the characterisation of FAW in Australia and South-East Asia. “The information generated will be an important component in the development of sustainable management strategies,” he says.

The research will run until mid-2021.