Experimental wheat lines that can match barley in their ability to outcompete weeds for resources have caught the attention of commercial wheat breeders, with the new genetics now making their way into breeding programs.

The weed competitiveness trait was developed by CSIRO Agriculture and Food under the leadership of Dr Greg Rebetzke, with transfer of the trait to commercial breeding programs facilitated by Dr Cathrine Ingvordsen.

For the past five years, GRDC has invested in the trait’s development, viewing weeds as one of the largest costs to grain growers – estimated at $3.3 billion in 2016 – and one of the biggest influences on the management of cropping systems.

While herbicides provide a degree of control, weeds persist in posing an ever-evolving challenge as they prove adept at acquiring herbicide resistance even as chemists struggle to develop new active chemical groups.

The success of the CSIRO pre-breeding work stands to provide a new, low-cost tool to supplement growers’ weeds management arsenal.

“Based on existing data, it takes weeds up to an average of seven years to develop herbicide resistance,” Dr Rebetzke says. “But by modifying a farming system a little and then increasing the competitiveness of the crop genetically, we can delay development of herbicide resistance from seven to 20 years – or possibly avoid resistance all together.”

That it is possible to even aspire to a genetic solution to weeds first came to light in the early 2000s. The insight is a result of CSIRO’s work to overhaul the sluggish early vigour and shortened coleoptile of wheat varieties bred using the Green Revolution dwarfing genes (Rht-B1b and Rht-D1b, also known as Rht1 and Rht2).

By identifying alternative dwarfing genes from the greater wheat gene pool, CSIRO researchers found that dwarf wheats can be developed without shortening the length of the coleoptile or the vigour of early growth. These new dwarfing genes allow for deeper sowing to make use of limited moisture stored lower in the soil profile. 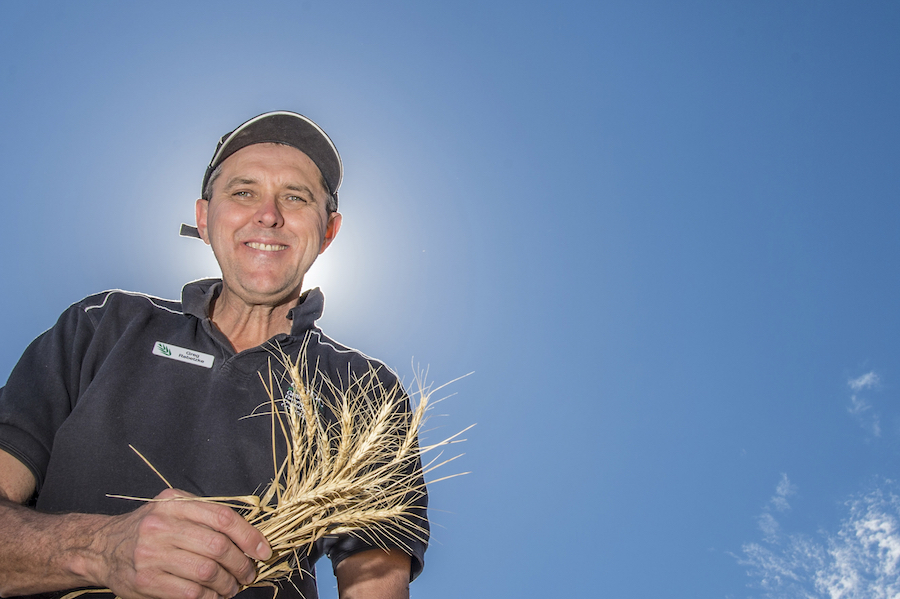 Selection for vigorous early growth, however, had an unintended consequence: the vigorous wheats were better at competing against weeds.

Noting the value of that characteristic, CSIRO with assistance from the University of Adelaide’s Dr Gurjeet Gill launched a pre-breeding program to further enhance weed competitiveness. Dr Rebetzke recalls that while impressive genetic gain was made, the lines lacked the agronomic traits valued by wheat breeders.

With no uptake likely into commercial breeding programs, the project lost momentum until growers themselves started to express interest in the trait a decade later.

A new project was then launched, with GRDC investment making it possible to design a pre-breeding strategy that was tailor-made to facilitate uptake into commercial breeding programs.

Dr Rebetzke explains that grain species exist on a spectrum when it comes to competing against weeds. Barley is considered among the most competitive crops, followed by triticale and oats. The two least competitive are bread wheat and durum wheat.

“If you look at those grain crops side-by-side, what is glaringly different about them is their early vigour or early growth,” he says. “Basically, the early vigour outcompetes and thereby suppresses the early growth of the weed. So, the aim became to identify and bundle together as many genes as possible that allow wheat to get above the weeds and deprive them of light.”

Wheat sourced from around the world was screened to identify as many unrelated sources of early vigour genetics as possible. These were then combined using a strategy called ‘recurrent selection’ in which populations are repeatedly generated by crossing the best-performing and most genetically diverse lines. The process is slow but well suited to bringing together many genes from different sources.

Along the way, two methods were devised to assess and select the best-performing material.

One method involves sowing the wheat lines mixed in with another crop that acts as a weed mimic. This typically involved using oats, but ryegrass and canola were also used. The harvested grain is then separated and the proportion of wheat in the mix is used as a measure of its ability to outcompete the other crop.

The other is a high-throughput method performed in trays that uses a surrogate measure for weed competitiveness devised by CSIRO. This involves selecting plants with the widest first leaf.

Impressive genetic gain was made using the recurrent selection method, with Dr Ingvordsen reporting on wheat lines able to match barley for weed competitiveness. Overall, the project is achieving six per cent annual gains in competitiveness, with the trait proving highly heritable.

In terms of yield differences, in one trial LRPB Scout yields were reduced 14.5 per cent when co-sowed with canola as the weed mimic. In contrast, yields for a high-vigour line were only reduced by 2.1 per cent under the similar growing conditions (see Figure 1). 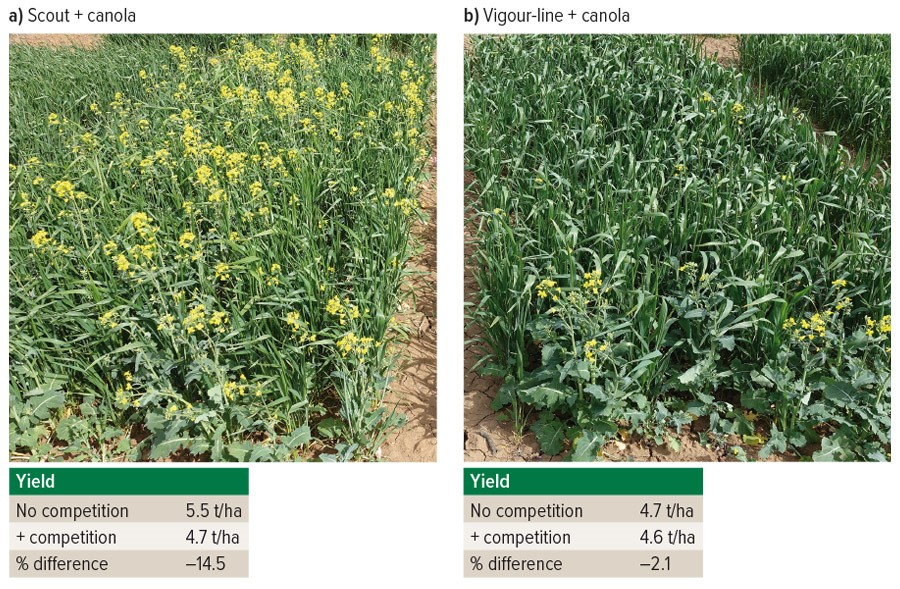 Figure 1: Improved competitiveness of the high-vigour lines versus LRPB Scout is visibly detectable when tested against canola as a weed mimic. Source: CSIRO

The genetic gain in weed competitiveness, however, was not the project’s sole focus. Dr Ingvordsen also took care to ensure the new wheat lines also express the agronomic qualities valued by commercial breeders. It is a role she is familiar with, having previously facilitated uptake of new traits by breeders in her native Denmark before joining the CSIRO team three years ago.

“The breeders have been amazing and supportive,” Dr Ingvordsen says. “There was regular dialogue with breeders around what commercial varieties to use as parents, the population size and the key traits to focus on, such as grain quality.”

Additionally, breeding companies have been following the trials, ranking the material and making confidential picks of the lines of greatest interest to them for use in their own breeding programs.

“That is the real strength of this project and it facilitated transfer of germplasm to breeding companies starting in 2017,” Dr Ingvordsen says. “Each company ended up with a unique set of lines that allows them to produce something no other company offers – they each get a different horse in the race. It’s more work for us but we see better buy-in from breeders as a result, which makes it all worth it.”

If everything goes well, breeders are probably five to 10 years away from any commercial release, as the genetics is very new.

Additionally, Dr Ingvordsen has made good progress innovating the way breeding material is assessed and ranked for weed competitiveness. Instead of physically separating grain harvested from the mixed plots (containing both wheat and the weed mimic), she is training artificial intelligence (AI) algorithms to distinguish between wheat and oat grain in digital photos. That work is underway in partnership with CSIRO’s IM&T.

“Investing in a digital method and training the AI is worth it in the long term, especially as it’s a more automated method and preferred by breeders,” Dr Ingvordsen says.