Time is right to strengthen engagement with India

Time is right to strengthen engagement with India

There has never been a better time to deepen Australia’s trade engagement with India, High Commissioner to India Barry O’Farrell told delegates at the Australian Grains Industry Conference (AGIC) in late July.

Mr O’Farrell said the relationship had the chance to move beyond technical market access discussions to include grain management and logistics. This follows a comprehensive strategic partnership announced in June, which came about from a virtual summit between Prime Minister Scott Morrison and Indian Prime Minister Narendra Modi.

Mr O’Farrell said COVID-19 had revealed shortcomings in India’s supply chains, threatening its food security. “It’s timely then that Australia’s expertise in grain management was highlighted as an area for collaboration.” 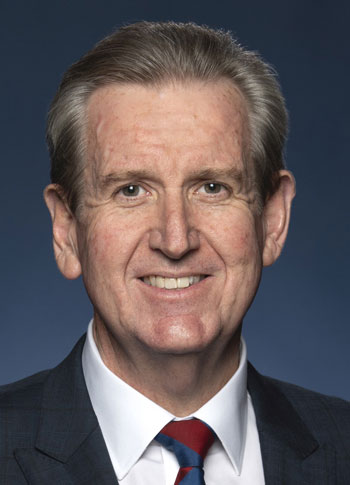 As part of a welfare package, the Indian Government has delivered an additional 4.3 million tonnes of food grains a month during the COVID-19 crisis. This has doubled distribution in a manual and labour-intensive grain supply chain, which was significantly impacted by India’s lockdown.

“The disruption has driven unprecedented reform in agricultural marketing practices that open the door for more private investment and confidence in pan-India trade,” Mr O’Farrell told the conference, which was conducted online.

India’s move towards a freer market could see its growers invest in on-farm storage, reducing the surge of product entering the wholesale market immediately after harvest. “This is likely to smoothen the volatility swing between glut and shortage and lead to better price stability,” he said.

Australia could become a preferred supplier by supporting India’s modernisation, nutritional security, and its increasing demand for niche and high-value products.

Mr O’Farrell said the growth in India’s brewing industry, supported by rising demand from the emerging middle class, was important for Australian barley growers. “India produces around 3.2 billion litres of beer annually. Its malt market is estimated at 500,000 tonnes per year and is on the rise. It is anticipated that Australia could gain a fair proportion of that market in 2021, worth over A$100 million.”

He said it was important for Australia to consider the type of relationship it wants to have with India – “what it could look like in five years, 10 years, 20 years, and what steps can we take to ensure stability and instil confidence in this important and significant market?”