Scientists predict hotter and drier conditions likely in the future

Scientists predict hotter and drier conditions likely in the future

Climate scientists estimate that global average temperatures could increase by up to 4.8°C by the end of the present century if we continue to follow the current greenhouse gas emissions trajectory.
Photo: Brad Collis

Adaptation to climate change can be tactical or transformational for grain growers.

An increasing body of scientific evidence regarding the impact of human activity on the earth's climate has shifted the debate from "is climate change real?" to "what can we do about it?"

Globally, average air temperature has warmed by more than 1°C since records began in 1850, with the land warming faster than the oceans. Each of the past four decades has been warmer than the previous one.

Such warming is driven by increasing concentrations of all the major long-lived greenhouse gases in the atmosphere, with carbon dioxide (CO2) concentrations rising above 415 parts per million and the CO2 equivalent (CO2-e) of all gases reaching 500ppm for the first time in at least 800,000 years.

In Australia, the pattern of warming (average temperature) has been largely similar to that experienced globally, with warming of just more than 1°C since 1910.

The current acceleration of global warming is expected to continue based on future greenhouse gas (GHG) emissions trajectories.

The warming of global temperatures has changed seasonal patterns of rainfall variability and resulted in changes in rainfall extremes.

April to October rainfall has decreased in the south-west of Australia, with May to July rainfall experiencing the largest declines - about 20 per cent since 1970.

Over much of the country's south-east there has been a decline in April to October rainfall of about 11 per cent since the late 1990s.

This mounting evidence has led to scientific consensus that:

A major unknown about historical and future climate change is how much the various human-induced activities (greenhouse gas emissions, stratospheric ozone depletion, Asian aerosols and landcover change) interact with the components of natural variability such as El Nino systems. 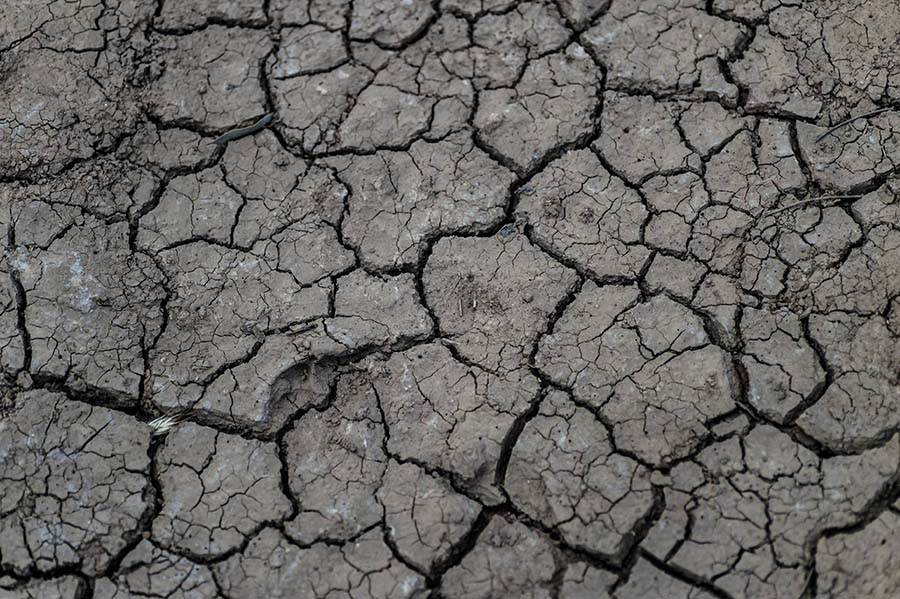 Scientists estimate that global average temperatures could increase by up to 4.8°C by the end of the present century if we continue to follow the current emissions trajectory.

Recent research has shown that the synoptic features (large-scale weather systems) responsible for prolonged heatwaves are on average 50 per cent more prevalent under a business-as-usual GHG emissions trajectory, highlighting an increase in the number and severity of these events in the future.

To put this in context, the difference between our historical temperatures and those of the last ice age was only about 5°C, and so the 4.8°C of warming possible by 2100 signals a huge change in how the climate-ocean-land systems of the earth function and, as a consequence, how agriculture will operate.

While changes in rainfall are more uncertain, projections suggest drier conditions in the southern half of Australia - particularly in the south-west and during the cool season months of May to October - with as much as 20 per cent less by 2030 and up to 50 per cent less rainfall by 2090.

In response to global changes in rainfall and temperature, agricultural productivity is likely to alter further with some regions improving and others declining.

On average, global potential crop production may drop by six per cent for every degree of warming the globe experiences. In Australia, the reductions are likely to be larger.

Additional issues include reductions in water availability for irrigation coupled with increased demand due to temperature rises, and a change in frequency of climatic extremes such as heatwaves, droughts and floods. 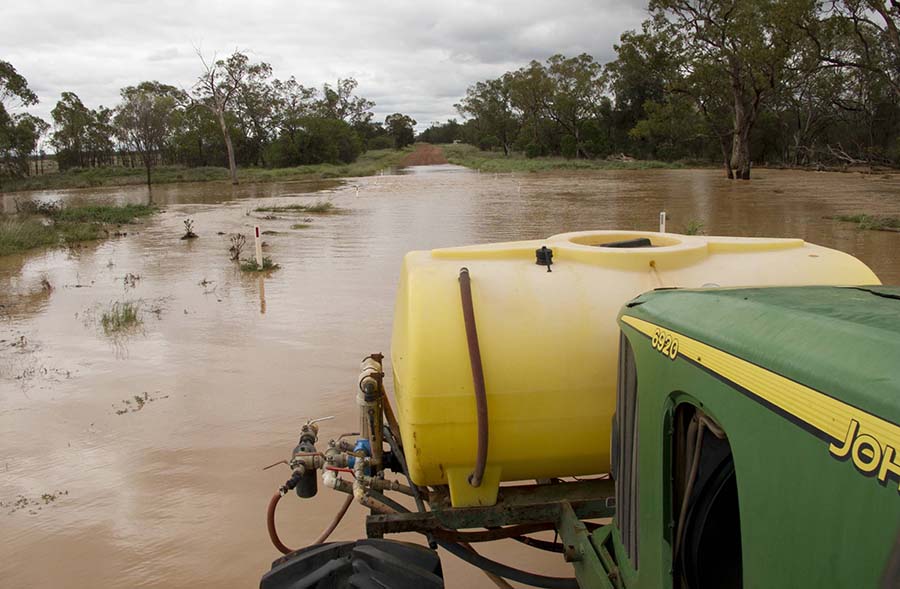 Scientists predict a change in the frequency of floods. Photo: Clarisa Collis

Australian farmers will respond to these climate change impacts. This is called adaptation.

Many actions required for adapting to modest changes in climate are extensions of those currently used for managing seasonal variability.

For this reason, efforts to improve current levels of adaptation to climate variability will have positive benefits in addressing likely climate change impacts.

Examples of adaptation options include:

There are also longer-term decisions at a family farm level that may include weighing up whether to sell, buy more land or invest off-farm.

These decisions, along with industry infrastructure (for example, grain silos and transport infrastructure) and industry support (such as drought policy) require a full understanding of likely future risks.

The value of adaptation There is a growing international body of research examining the benefits of adaptation to climate variability and change, showing a number of adaptation options are available to reduce the possible impacts of climate change.

In Australia a number of studies have examined the economic benefits of adaptation in the wheat industry at both national and regional scales under a range of likely future climate conditions.

The adoption of new technology and management systems has held yields steady over the past couple of decades. Without these advances, water-limited yield would have dropped by 27 per cent due to climate changes such as drought, heat shock and frost.

Continued adaptation to climate change has been estimated to add an additional $500 million to Australia's annual income every year from wheat exports via the introduction of improved water-use efficiency options, and may mitigate potential yield losses by up to 18 per cent through broader scale adaptation.

Under conditions of substantial climate change, tactical adaptation will likely only have limited effectiveness and more extensive adaptation options, often termed transformation adaptation, may be required.

Transformational adaptation may include changing a proportion of existing land use to non-agricultural production (for example solar power production) to diversify income.

Adding electricity to the farm production portfolio where the infrastructure and regulations allow could not only diversify income but also provide a stable income stream, which is likely to be increasingly valuable as the volatility of traditional commodity farming increases.