Breeding new grain varieties, such as short-season wheats is important but complex

Breeding new grain varieties, such as short-season wheats is important but complex

A step-change in seasonal flexibility for wheat growers is in the offing as the first of new germplasm targeting short-season, rapid-biomass varieties is under assessment for delivery into Australian breeding programs.

CSIRO research geneticist Dr Greg Rebetzke says the development of short-season (100 to 120-day) wheats that mimic the flexibility offered by late-sown barley is a response to growers' need for more options in the face of a changing climate.

"We are no longer seeing the conventional weather system starts that we have enjoyed for the past 100 years and what we have learned in recent years is the need for more crop options for growing seasons that are of varying duration," he says.

"This has meant an understanding from the perspective of the required genetics, coupled with improved seasonal forecasting and decision-support systems, to give growers some sense in predicting what the season might look like and considerations toward the best crop options to meet this outlook.

"So we have been working on adding to wheat variety options beyond early sown, and main-season-sown wheats, to including wheats for sowing late as an opportunistic crop similar to the way some growers are now using barley."

We are no longer seeing the conventional weather system starts that we have enjoyed for the past 100 years and what we have learned in recent years is the need for more crop options for growing seasons that are of varying duration. - CSIRO research geneticist Dr Greg Rebetzke

For the past three to five years, researchers have been pre-breeding from about 40 short-season wheat varieties and landraces from around the world to introduce rapid biomass growth into elite Australian lines.

GRDC Managed Environment Facility projects (CSP00156 and CSP00199) are a part of this program. Dry sowing has been one tactic in recent years to manage unreliable season breaks. Now researchers are looking to short-season wheats that can wait much later for a break before needing to be planted. Photo: Evan Collis

Dr Rebetzke outlined this work and its current status at the recent TropAg conference in Brisbane, hosted by the Queensland Alliance for Agriculture and Food Innovation.

In an interview with GroundCover™, he pointed to Canada's 90-day wheats as an example: "A 90 to 100-day wheat would allow you to sow in late June, and there have been a number of regions across Australia in recent years where the season break hasn't occurred until then," he says.

In addition to simply being able to get in a late wheat crop, Dr Rebetzke says there are additional benefits including avoiding damage through frosting of stems and florets to reduce grain number, and streamlined nitrogen management and greater efficiencies owing to the shorter growing and fertilising period.

"Another advantage with late sowing is in the pre-germination and control of weeds through inexpensive knockdown herbicides that will also reduce pressure on herbicide resistance developing in current actives," he says.

Dr Rebetzke says Australian wheat breeding programs have done an extraordinary job in lifting yields and both climate and disease resilience, but there has not been a priority, or need until recently, to breed for more rapid biomass development. But he says climate variability is making this a new challenge and opportunity.

"So protecting that moisture is going to be a major factor in maintaining greater water productivity for growers.

"With our improving farming systems, we are seeing the de-watering of soil profiles and without significant summer rainfall to recharge soil profiles, there is an increasing risk of April-May sowings being into dry soils.

Dr Rebetzke notes that the current option with late rain is barley, owing to its intrinsic vigour and capacity to grow biomass quickly.

He is also hearing from growers abandoning wheat in frost-prone areas in favour of oats as fodder crops.

It's all about looking for options and reducing grower risk for crops and cropping systems adversely affected by a changing climate. - CSIRO research geneticist Dr Greg Rebetzke

"There is opportunity in the development of main-season, awnless (non-bearded) wheat varieties that in the absence of frost or heat will produce a milling quality grain, but can be cut profitably for hay if damaged by weather extremes, including drought," he says.

"In 2019, albeit a time when demand for hay was particularly high, a six-tonne-per-hectare awnless wheat crop returned over $2000/ha, compared to $650/ha from 2t/ha of grain.

"Even though it costs more to deliver hay, the economics still show hay to be a very good commercial option with strong domestic and export demand.

"It's all about looking for options and reducing grower risk for crops and cropping systems adversely affected by a changing climate."

Dr Rebetzke says breeding for climate change has become a crucial area of grains research, but it is a complex challenge; looking for stress resilience in wild relatives, developing long and short-season cropping options and then, because of the pace of climate change, reducing breeding cycles to speed up delivery of new varieties to growers.

He says it is also important that researchers articulate clear and robust value propositions around new traits.

"This value is what drives a commercial breeding program and uptake of a new variety," he says.

Climate variability represents such an overarching risk that it is demanding a system change but there is not yet any real understanding of what this looks like, he says.

"We know we need to be breeding for resilience, but what drives resilience is changing from one year to the next ... from a decile nine to a decile one; from sowing in early April to sowing late June.

"I've come from a science premise at CSIRO that identifies system limitations and invariably this is water, and why we have worked hard to understand the science to improve drought tolerance as part of a general breeding focus on yield.

"However, breeding for yield has traditionally relied on environments that are more or less repeatable - and that is no longer the situation." 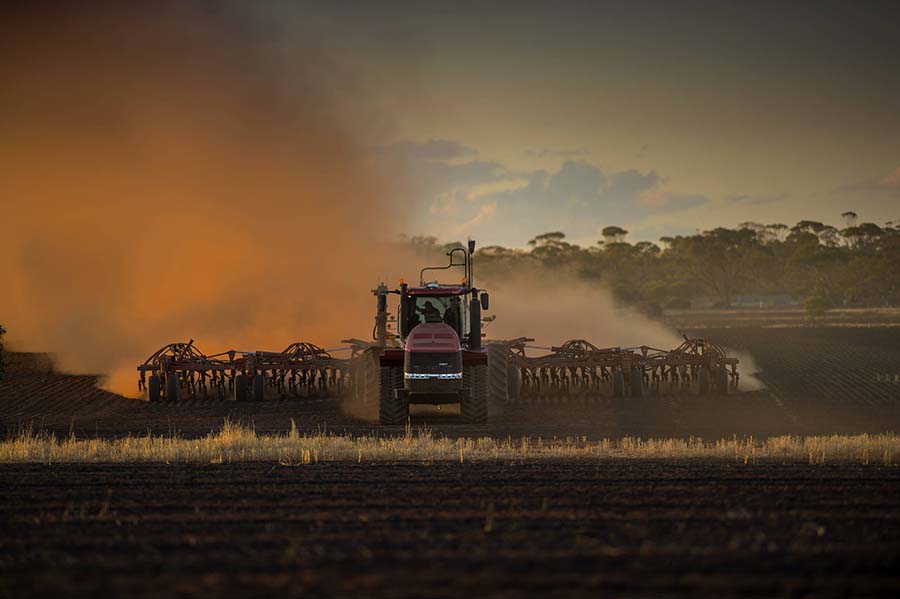 This reflects the environmental complexities that researchers are grappling with and which some, like Dr Rebetzke, believe need a genetic evolution.

"And evolution is all about fitness. The extent to which you are fit to survive in a particular environment will determine what genes will be maintained and what will be lost," he says.

But he says the challenge for the grains industry is that genes that deliver fitness in one year may provide the wrong fit in the next year, leaving researchers to grapple with the question of which sets of genes are needed to accommodate this disparity, and to ponder whether they even exist.

This brings Dr Rebetzke back to short-season wheats and why growers may see greater profitability and reduced risk with opportunity cropping and in particular 90 or 100-day wheats as a necessary risk management strategy.

He regards the development of a short-season wheat to replace barley as a priority, and he is happy to report it is underway.

"It has meant getting the right genetics into our pre-breeding program; genetics for improved vigour, better weed competitiveness, reduced soil evaporation and faster growth, all combined to reduce a five-to-six-month crop duration down to three or four months.

These traits are now entering commercial breeding programs and they will give breeders another lever with which to broaden climate adaptation for plant productivity, for reducing soil moisture evaporation and for out-competing weeds - the value proposition that turns the science and the challenge into a commercial driver on-farm."