Dr Abdulkadir Aydogan, senior chickpea breeder at the Turkish Ministry of Agriculture, at one of the evaluation sites at Haymana, Central Anatolia.
Photo: CSIRO

Chickpea is sensitive to chilling stress at flowering, which results in flower drop, seed abortion and decreased yield.

While cool temperatures during flowering are a relatively new issue for the northern region due to climatic changes, the issue has been identified as yield-limiting across southern and Western Australia since the early introduction of the crop.

Temperatures of less than 16°C disrupt fertilisation and pod set, delaying reproduction and exposing the crop to greater heat and drought stress.

If improved chilling tolerance could be identified and introduced into commercial chickpea varieties, it would result in more resilient varieties and greater returns for Australian growers.

The hunt for tolerance 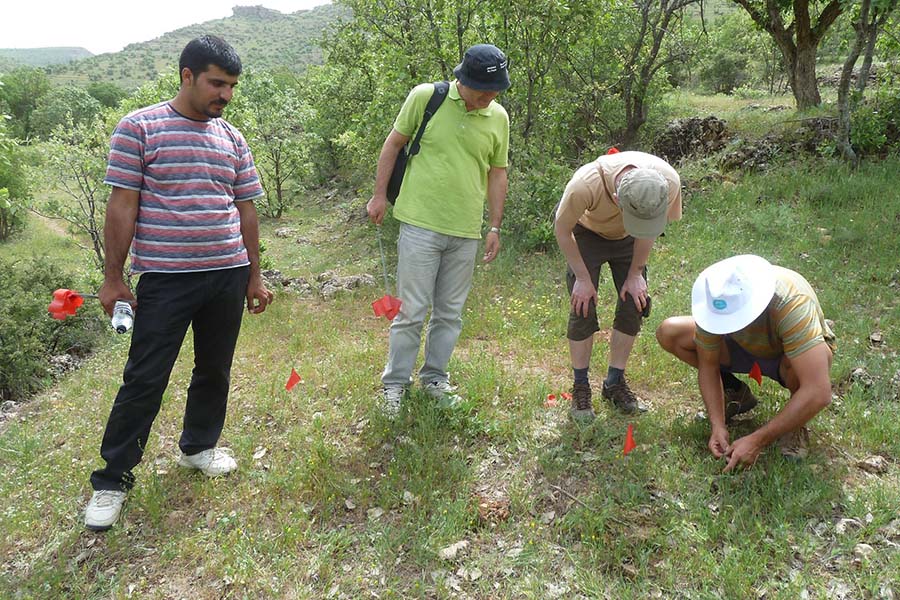 A systematic survey of the world's chickpea collection by CSIRO has demonstrated that while there was no chilling tolerance in domestic chickpea, some wild relatives from India showed promising resistance.

Unfortunately, most of that chilling tolerance occurred in wild species that either could not be crossed with - or were difficult to cross with - domestic chickpea.

This situation has changed recently as a result of widespread collection of Cicer reticulatum and C. echinospermum. These chickpea relatives can be crossed with domestic varieties.

C. reticulatum is the immediate wild relative of chickpea and is restricted to a few provinces of south-eastern Anatolia in Turkey.

Despite this narrow geographical range, the region has a variety of soil types and a significant elevational gradient spanning more than 1000 metres. This creates differences in climatic conditions that could drive distinct local chickpea adaptations.

With GRDC investment, an international collaboration to expand the world's chickpea genetic resources began with a chickpea collection mission to Turkey in 2013.

This new collection has been partially screened by CSIRO and its partners in Turkey at Harran University and the Ministry of Agriculture.

Chilling tolerance is relatively easy to evaluate in early sown field trials in northern Turkey because the combination of cold winters and long day length induce early flowering in both wild and domesticated Cicer by satisfying both vernalisation and photoperiod requirements.

As a result, Turkish phenotyping for chilling tolerance returns repeatable results across years and has identified consistently tolerant material.

This is not the case in Australia, where winters are warmer and day length shorter - leading to a wide flowering range where wild Cicer is typically delayed compared with domestic chickpea.

As a result, chilling tolerance has been difficult to screen under field conditions in a consistent fashion in Australia because of temperature variation in which early material is exposed to low temperatures, while late-flowering material tends to escape.

However, after some experimentation, methods have been developed that are now able to duplicate the findings in Turkey and these have identified wild lines that set pods earlier, at lower temperatures and at higher rates than Australian domestic chickpea controls.

Some, but not the most tolerant, of these wild accessions have already been crossed with elite domestic chickpea in partner projects at Curtin University and at Harran University in Turkey. 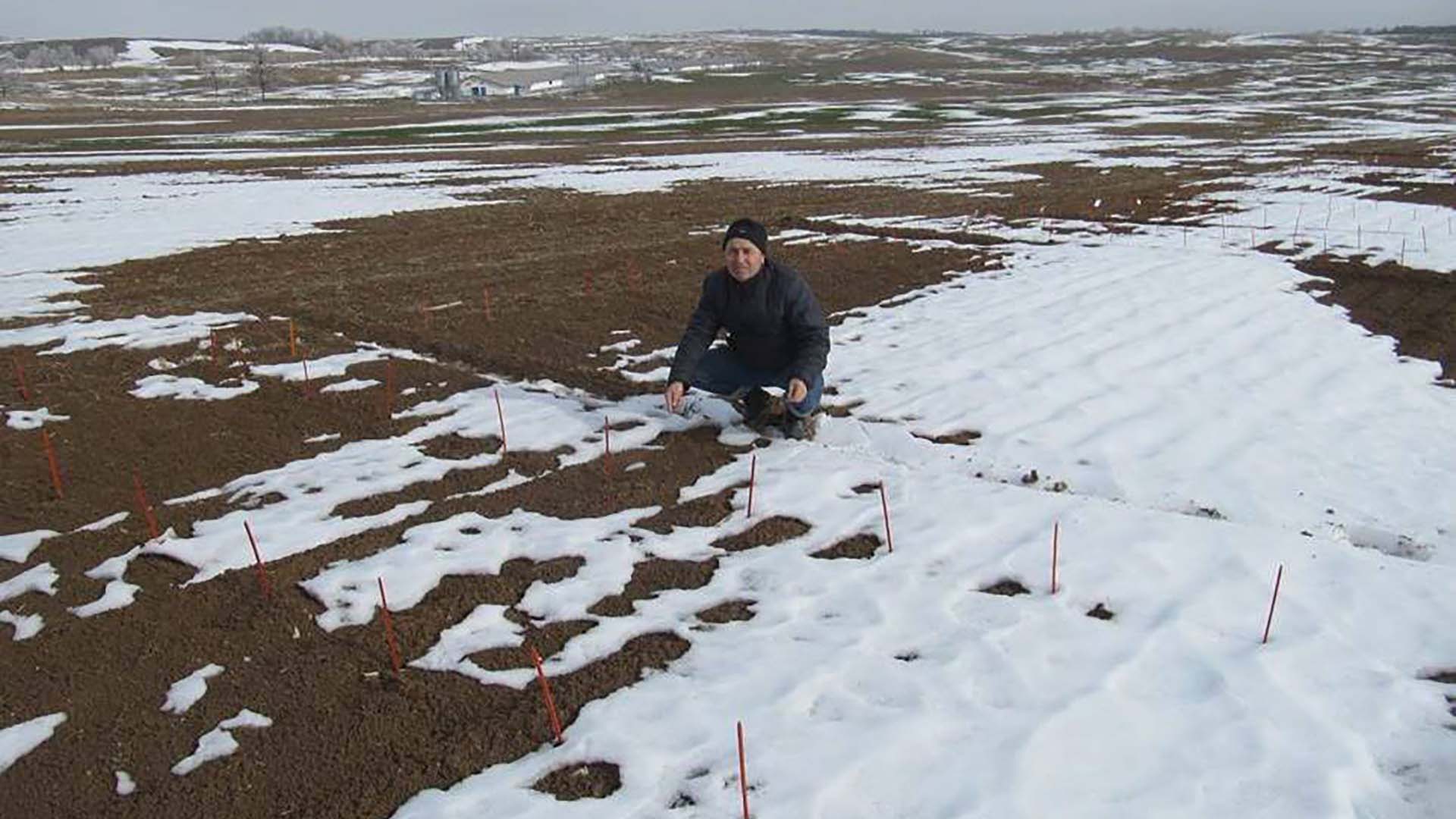 Dr Abdulkadir Aydogan, senior chickpea breeder at the Turkish Ministry of Agriculture, at one of the evaluation sites at Haymana, Central Anatolia. Photo: CSIRO

In a new GRDC investment that brings together diverse expertise with complementary skills from CSIRO, Turkey and Latrobe University - in collaboration with chickpea breeding programs - this material will be used to investigate how to transfer chilling tolerance into domestic varieties so that growers can plant varieties that are much less sensitive to cold.

However, the resource is yet to be fully tapped.

In Turkey, more chilling-resistant material has been collected from cold locations in eastern Turkey.

This material has just been released for screening in Australia.

In another new project, the most contrasting chilling-resistant material collected will be examined - growing it in the field and under controlled-temperature environments to unravel the genetic basis of how these plants are resistant to the cold.

If the underlying mechanisms are understood, it could be possible to develop proxy metabolic markers of resistance that will help breeders develop chilling-tolerant varieties for Australian growers.