Na (Charlotte) Sai is using a combination of cutting-edge science and machine learning to decipher physiological and genetic components of drought tolerance of barley as part of a GRDC-supported capacity-building project at the University of Adelaide.
Photo: Na Sai, University of Adelaide

Motivated by a need to speed up time-consuming conventional image analysis of plant stomata, Na (Charlotte) Sai, with collaborators from the University of Adelaide, has developed an automated approach using machine learning.

This has greatly improved techniques she requires for her PhD studies – supported by GRDC and supervised by Professor Matthew Gilliham, Dr Bo Xu and Dr Nathan Watson-Haigh – on barley drought resistance. Her research has a particular focus on stomatal guard cell function.

“Stomatal guard cells are the main ‘gatekeepers’ for gas exchange between plants and the atmosphere. They modulate the rate of photosynthesis – plant energy production – and transpiration, plant water loss,” Ms Sai says.

“It is known that stomatal regulation can be affected by multiple factors including abiotic and biotic stress. Rapid accumulation of the key plant metabolite gamma-aminobutyric acid (GABA) in cells is an indicator of these stresses.”

“I found that small concentrations of GABA did not elicit stomatal movement by itself, unlike traditional drought signals such as abscisic acid. Instead, GABA inhibited the extent to which stomata open each day, limiting water loss but not inhibiting photosynthesis.” 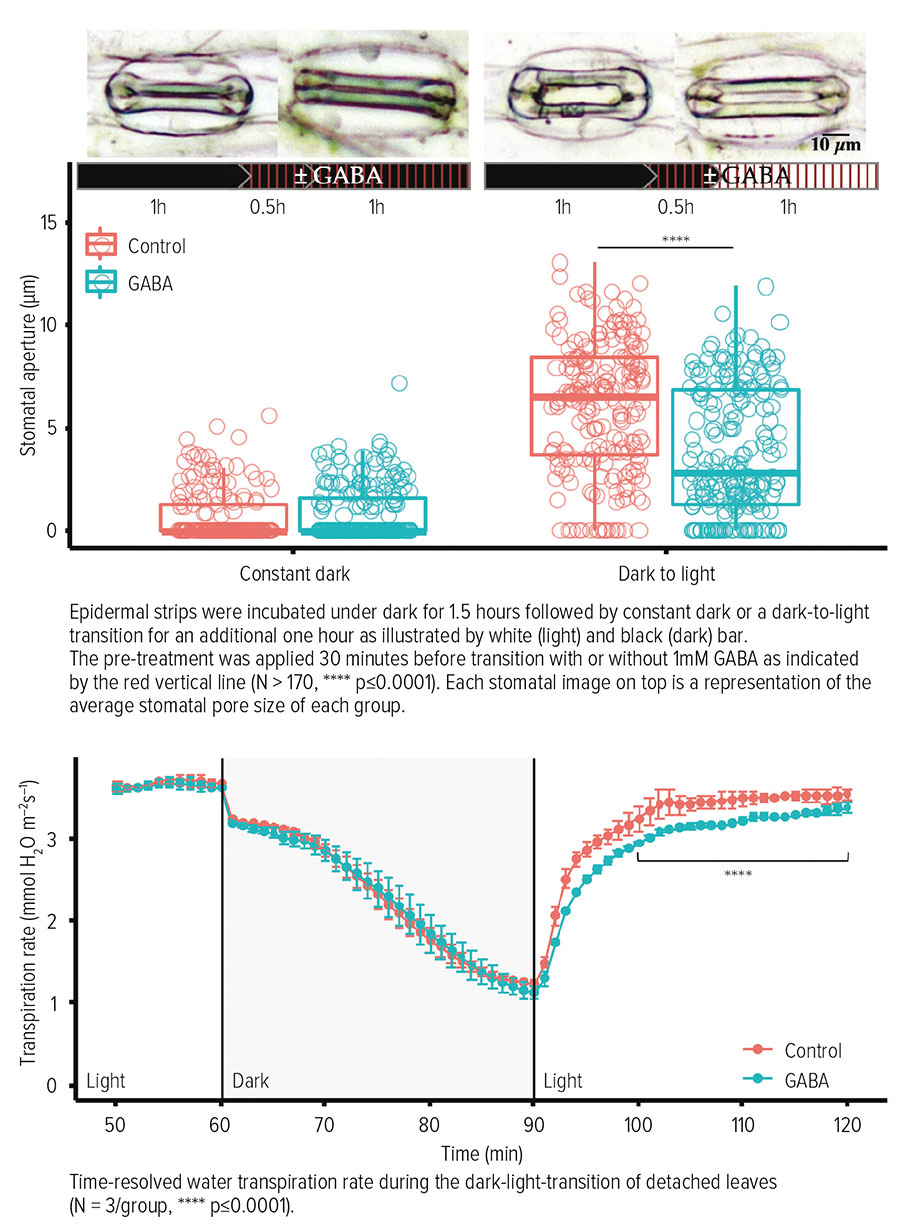 Transgenic and non-GM gene-edited barley with modified GABA metabolism have been produced and will be analysed after the completion of her project, when stable lines are ready, to assess their water use efficiency and drought resilience.

It is hoped that GABA represents a new avenue for informing plant breeding and management strategies to improve water use efficiency under suboptimal conditions, leading to better yields under a variable climate.

Ms Sai has been working with researchers at the University of Adelaide’s Australian Institute for Machine Learning to produce a trainable artificial intelligence algorithm to automate stomatal aperture measurements.

“The output of this is a deployable, user-friendly, open-sourced software package that will have broader scientific application as it can measure apertures and areas of barley and other plant stomata in a fraction of the time as performed manually, saving researchers many hours.”

Ms Sai completed a bachelor’s degree in bioengineering in China in 2013 and came to Australia for a master’s degree in plant biotechnology. Here, she developed interests in bioinformatics and programming before undertaking her PhD.

“From this point on, I wish to keep developing the automated imaging tool – ‘StomaAI’ – for increased functionality, to gain more experience and knowledge in artificial intelligence tools and develop a career in smart digital agriculture,” Ms Sai says.