Growers from around Australia discuss the benefits of the NVT program

Growers from around Australia discuss the benefits of the NVT program

The magnitude and complexity that drives the success of the NVT program would not be possible without the cooperation of growers prepared to contribute sites, and often assisting with managing trials on their properties. GRDC thanks the many growers involved for their support. This is just a snapshot of growers' commitment to the NVT and how they view the benefits.

"Having an agile service that raises the awareness of new varieties for growers is a critical investment by GRDC," says Craig Ayles, a pulse grower from Willamulka on the Yorke Peninsula in South Australia.

Mr Ayles says it is very informative to host an NVT trial to gain firsthand benchmarking information as to how new, yet-to-be-named varieties perform against older varieties.

The Ayles family has grown lentils since the mid-1990s and having access to NVT trials has meant that family members can readily upgrade their lentil varieties in accordance with changes in their cropping system. Initially they produced conventional lentils, but as problem weeds such as medics have appeared they have moved to herbicide-tolerant types, identified through the NVT, to aid control.

It is really important that the NVT program is receptive to suggestions for improvements, as a lot of growers look to it as the independent source for crop variety performance.

As a member of the Yorke Peninsula Mid North NVT Advisory Committee, Mr Ayles is actively engaged in the operations of the program and sees this as imperative for the service to remain relevant for growers.

"It is really important that the NVT program is receptive to suggestions for improvements, as a lot of growers look to it as the independent source for crop variety performance," Mr Ayles says. 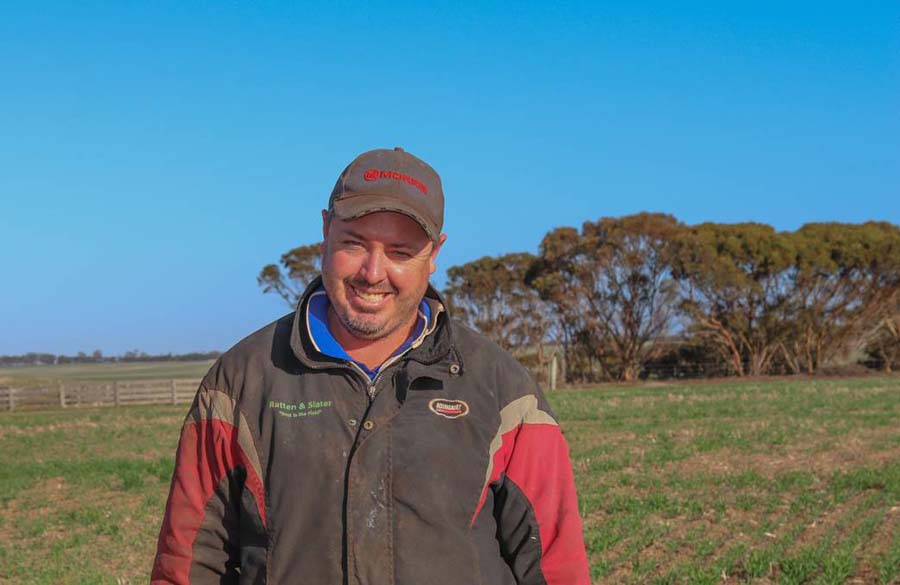 "NVT trials act as a meeting point for industry members at field days where breeding company representatives can share the latest on new varieties and growers can see how new varieties perform in their local region," says Trent Parsons, who has been hosting NVT wheat trials since 2006.

Wheat is the dominant crop for Mr Parsons on his 8500-hectare property at Jerramungup in Western Australia, and he now relies exclusively on NVT data to inform his variety decisions.

"The updated website adds real value to the NVT service and I encourage growers to access and explore it. The information is relevant for your region and supported by continually updated processes which are aligned to local regional best practice."

Mr Parsons says that development of the Long Term MET Yield Reporter tool is a great step forward to providing more refined, relevant and robust predictions about the relative performance of each variety across different locations and seasons. "The NVT program serves a vital role in independent, side-by-side comparison of sorghum varieties from many breeding companies," says Ben Taylor, who is from Condamine in the Western Downs region of Queensland. His family has been hosting trials on its property for as long as he can remember.

"My father hosted wheat trials for the Department of Agriculture before GRDC initiated the NVT program and has had a keen interest in assisting the local grain growers in accessing the latest information to improve their businesses," Mr Taylor says.

"Being able to see how new varieties perform in our environment gives us an edge in adopting varieties earlier."

He acknowledges that the process of selecting a variety is a complex decision and having access to independent information generated through consistent protocols by the NVT program is an essential tool.

"Being able to see how new varieties perform in our environment gives us an edge in adopting varieties earlier," Mr Taylor says.

He says that sorghum is an important rotation crop and it is great to see its recent inclusion in the NVT program. 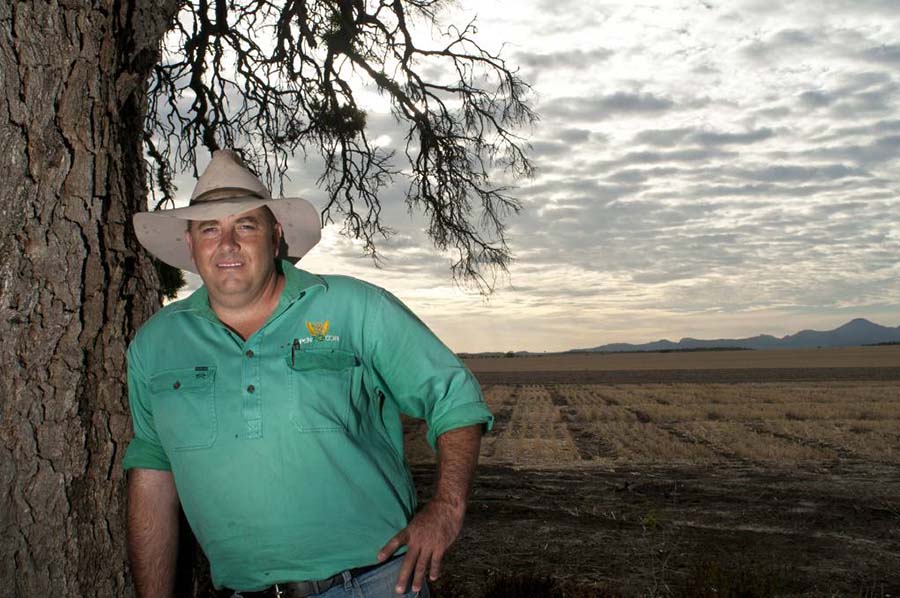 "Canola variety selection is probably the most challenging of all the grain crops due to the higher rate of release of canola varieties by a suite of breeding companies," Drew Penberthy says.

Mr Penberthy is an adviser and grower based in Bellata in the Narrabri Shire of northern New South Wales. He has been hosting on-farm trials over his 3000ha of cropping country for years, but canola trials only more recently.

Hosting canola variety trials gives his staff, clients and local growers early insight into the potential of new varieties to add profitability to their businesses, which is important when there are so many varieties to choose from.

NVT plays a role in facilitating industry communication and dissemination of information, which is critical for business and probably speeds up variety adoption.

Having the trials on local soil types and growing under regionally relevant rotations provides valuable information as to how new varieties can fit into regional cropping systems.

"NVT plays a role in facilitating industry communication and dissemination of information, which is critical for business and probably speeds up variety adoption," Mr Penberthy says. He has welcomed additional NVT staff in the region, which will improve access to information, direct feedback on the performance of the NVT program and result in ongoing improvements to the service. 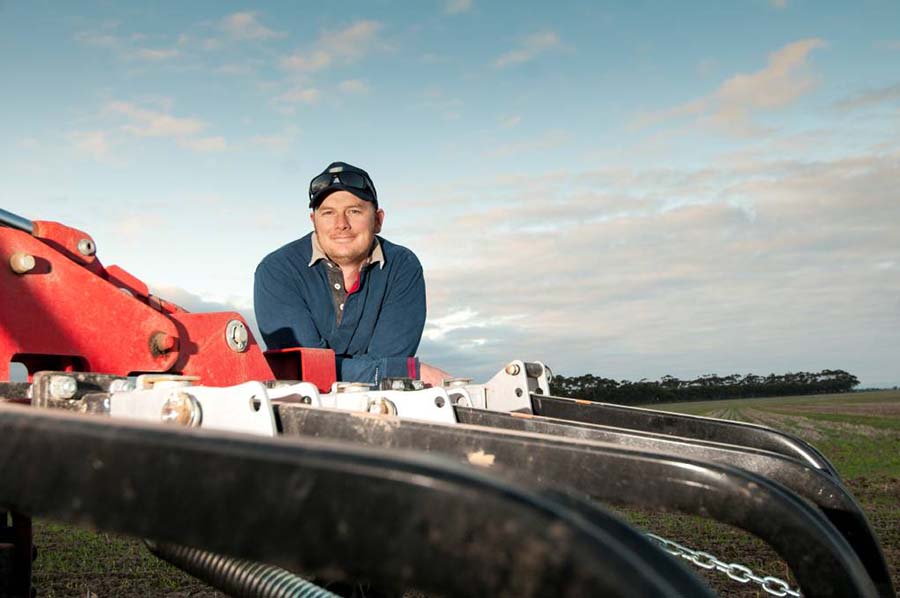 Stewart Hamilton is a staunch supporter of on-farm trials and, as a director and long-term grower collaborator hosting the Southern Farming Systems trial site in Victoria, he knows full well the commitment they take and value they deliver.

"We've actually had to have a break from hosting NVT trials for nearly six years because we needed to spell paddocks from trial use, but this created an excellent opportunity for other growers in the district to host and learn from them," he says.

Mr Hamilton runs a property at Inverleigh, south of the Great Dividing Range, and one at Wooroonook, on the northern side of Donald.

"Interestingly, we identified one particular barley variety as the best performer for both properties through the NVT trials," he says. "The NVT Online site lets me interrogate up to three sites near each property and determine which variety is performing best. The selection of only one barley variety over both properties improves my marketing efficiency."

Mr Hamilton says that the NVT program is a great service, but acknowledges it is logistically challenging for GRDC to coordinate. He sources varietal selection information from his agronomists, other growers and farming groups, and says that he always double-checks recommendations with the independent, rigorous data available from NVT.