A four-year study into mixed pasture and cropping rotations has found that pasture breaks can significantly reduce annual ryegrass populations.

The 'Integrated farming systems in the medium-rainfall zone'study has been conducted through a strategic joint investment between GRDC and Primary Industries and Regions South Australia's research division, the South Australian Research and Development Institute (SARDI).

SARDI senior research officer, Amanda Pearce, says results from 2019 indicate that not only can pasture breaks lead to significant reductions in annual ryegrass numbers, but they can also improve the yield of subsequent wheat crops and boost soil nitrogen.

"In 2018, plots at both Sherwood and Bordertown (in SA) had higher ryegrass plant numbers following cereal crops," Ms Pearce says.

Double breaks of subterranean clover and balansa clover pasture were incorporated into the research in 2019.

"We have really been able to knock those ryegrass populations back with double breaks," Ms Pearce says.

The 2019 harvest repeated the increase in wheat yields that was observed at Sherwood in 2018 following pasture breaks.

"The 2018 wheat yield following one balansa clover rotation was 26 per cent higher than the yield from a wheat on wheat rotation at Sherwood," Ms Pearce says.

"We were able to show a very similar - 24 per cent - improvement in 2019 when wheat followed a subterranean clover break at Bordertown, compared to the wheat-on-wheat rotation."

The 2018 wheat yield following one balansa clover rotation was 26 per cent higher than the yield from a wheat on wheat rotation at Sherwood. - SARDI senior research officer Amanda Pearce

Ms Pearce says the study is measuring a wide range of parameters, including:

"So far, the results are showing that pasture legumes are just as effective as legume crops for returning nitrogen to the soil," she says. 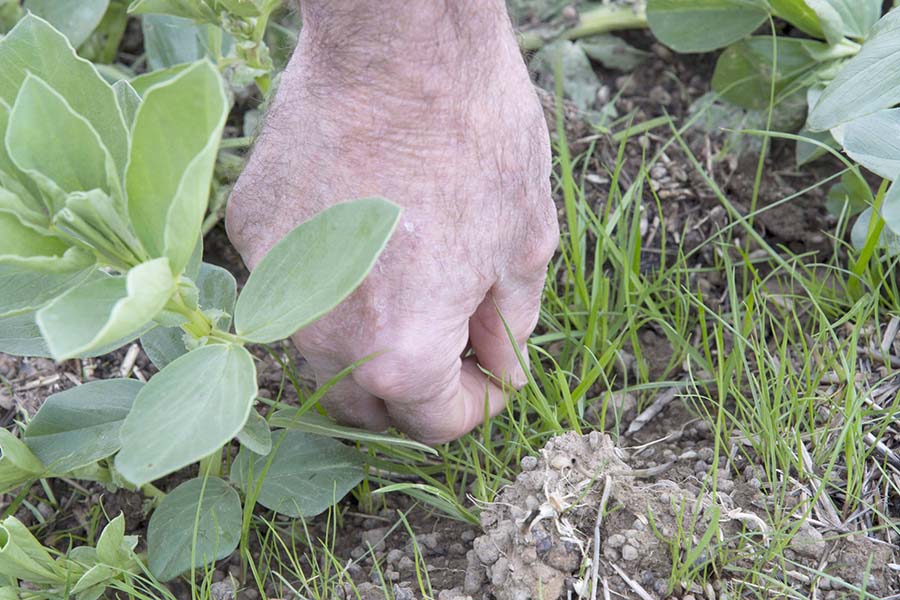 "This will inform our final sensitivity analysis so we can present the economic impacts of incorporating pasture breaks in an integrated farming system."

The final season of the study will also provide more data about the soil benefits of double pasture breaks and the flow-on effects for second-season crops.

The outcomes of this project are being delivered to farmers via the strategic research partnership between GRDC and SARDI.

This partnership has facilitated a range of projects which provide innovative research outcomes relevant to SA's cropping zones.