As concerns grow about the impact of mice on summer crops and their potential to threaten the 2021 winter grain crop, GRDC held a special online Grains Research Update in mid-February.

The event drew one of the largest online attendances to date, reflecting the extent that the issue is impacting on growers, says CSIRO researcher and mouse expert Steve Henry. Mr Henry is part of a team working on GRDC’s four investments into mouse management.

During his presentation, Mr Henry gave an update on mouse numbers and outlined some ideas for controlling them ahead of winter.

One the biggest concerns is residual food – grain left in paddocks after harvest. Residual grain is a problem partly because it provides a plentiful source of food for mice, reducing the likelihood that they will consume a lethal dose of bait.

In one example, Mr Henry calculated up to three tonnes a hectare of barley left in a paddock in Parkes after harvest. “We need to keep talking about the amount of grain left in paddocks because it will become an intractable problem.”

He showed calculations on how this residual grain can easily keep mice fed for long periods of time. “Mice need to eat three grams of food per day, or 66 grains a day. Leaving even 150 kilograms per hectare available provides 50,000 mouse days of food.”

A harvest loss of one tonne/ha equates to 2200 grains a square metre, leaving even more food.

With zinc phosphide bait spread at the recommended rate of one kilogram/ha, or about three grains a square metre, this residual grain makes baiting less effective. “Will mice eat the bait when there is so much other food on offer? Reducing residual food gives mice the best chance to discover the bait and, if mice are hungry, they are more likely to eat a lethal dose.”

Tips for reducing food in the system include using sheep – if available – to eat the grain, and spraying out any germinations. “(Also) if you can hold your nerve, let the mice eat up all the residual grain and then bait before planting. Bait is most effective when there are low levels of residual food.”

Baiting at sowing is another option. “The soil disturbance, while minimal, will bury some of the existing residual food. If you spread bait on top of that then mice will discover the bait first, increasing the likelihood of them taking it.” 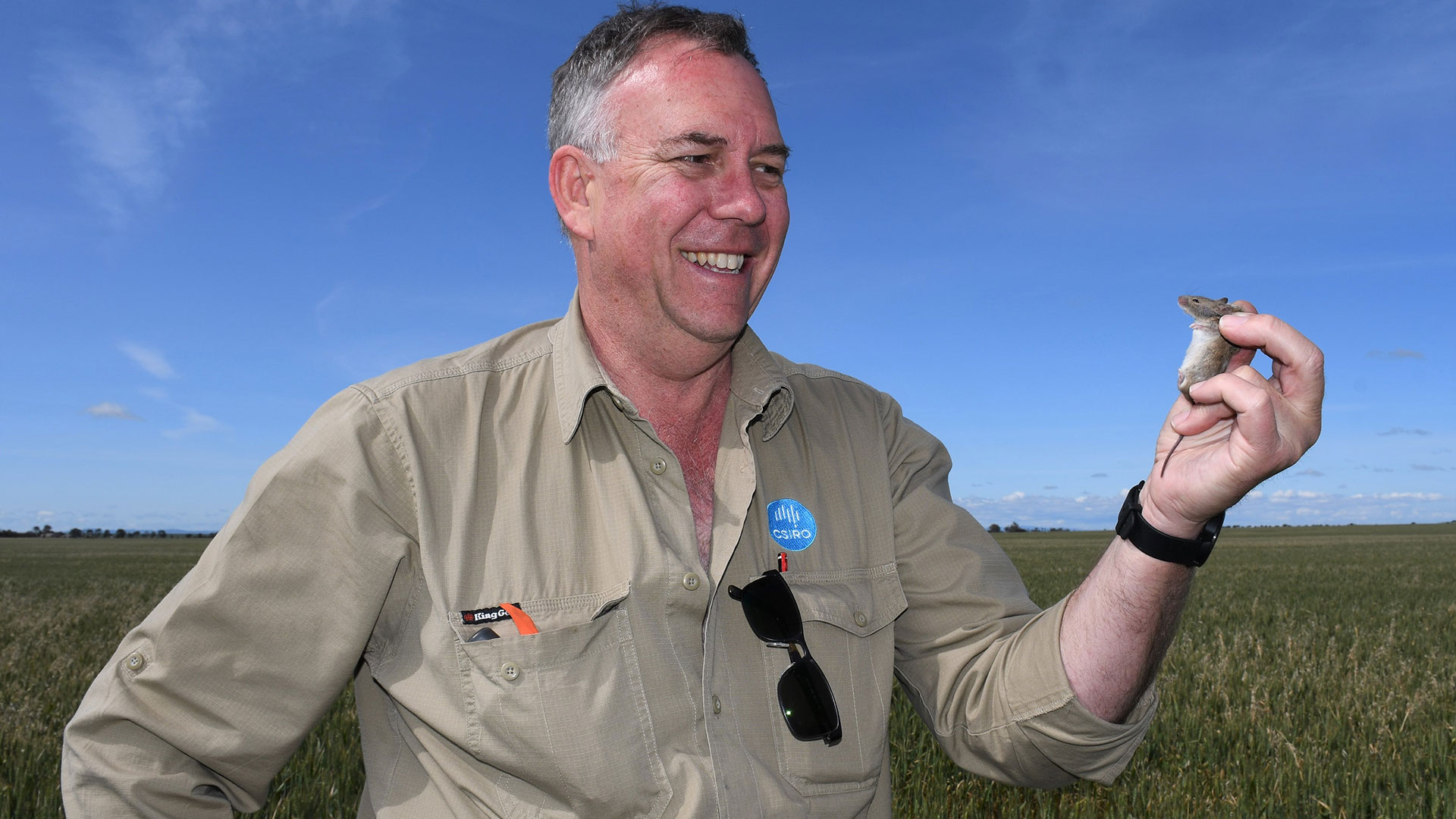 Mr Henry’s work is also exploring crop management practices. He has shown that while conservation tillage results in higher yields, less soil disturbance and continuous cover in paddocks, it can also be contributing to mice becoming an annual, rather than cyclical, problem.

Work on radio-collared mice released prior to harvest in November last year found that the animals were still present and residing in the same locations in December. “More than 90 per cent of animals with transmitters remained resident following harvest. And populations are increasing.”

Work on remote monitoring will continue as part of the project, as well as genomics research on mouse populations. This will help researchers and industry understand the geographic extent of mouse populations better; the impact of different land cover on gene flow within and between regions; how to identify sources of new mouse outbreaks; population stability; and the feasibility of new conventional and biocontrol tools.