Australia has recruited a new agent for biological control of an invasive snail species that poses a major challenge, particularly in terms of grain contamination and market access, for southern growers.

With grey pinstripes and red compound eyes, this foreign agent is a new strain of parasitic fly, imported from Morocco, which scientists hope to deploy as a biological weapon targeting the introduced conical snail (Cochlicella acuta).

The fly species (Sarcophaga villineaveana) is a natural parasitoid (parasite that eventually kills its host) of the snail species in its native habitat across Europe and northwest Africa.

South Australian Research and Development Institute (SARDI) entomologist Helen Brodie says the new fly strain was chosen for its genetic and climatic credentials as part of GRDC-invested collaborative research, led by CSIRO in partnership with SARDI. 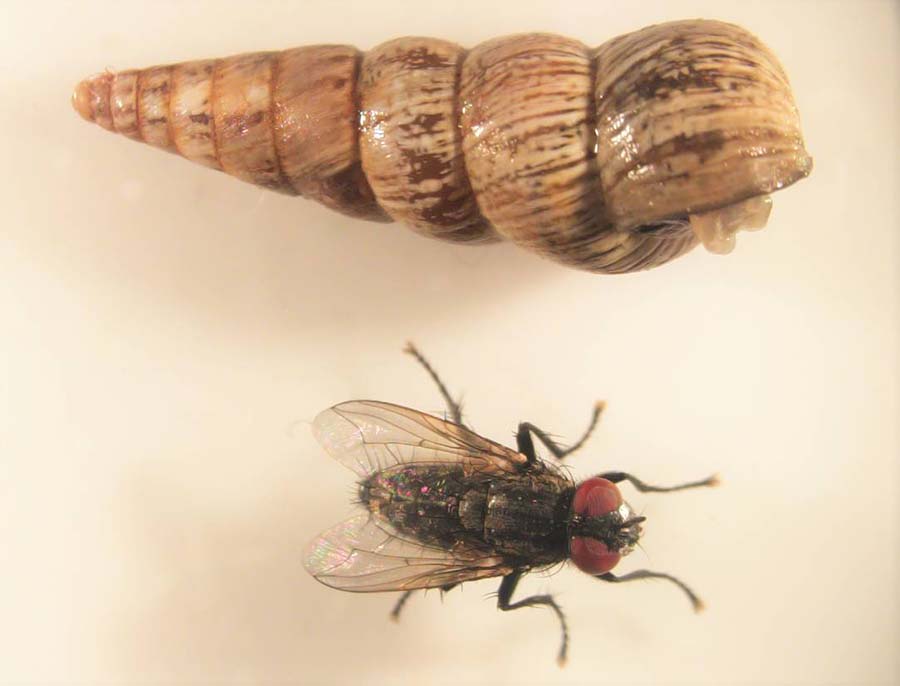 The conical snail and its nemesis imported from Morocco - a new strain of parasitic fly.

Speaking at the GRDC Grains Research Update in Adelaide, South Australia, Mrs Brodie says the fly's genetic and climatic profile was specifically matched to the introduced populations of conical snails in Australia.

To achieve this objective, leaders of the research Dr Valerie Caron from CSIRO and Dr Kate Muirhead from SARDI, looked to geographic areas of Europe and Africa - where the fly parasitises snails with the same genetic lineage as those found in Australia.

They also looked to regions of Europe and Africa where the climate is similar to areas where the snail is found in southern Australia. 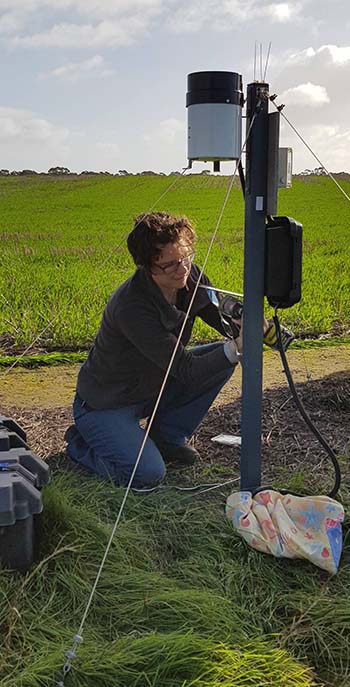 Mrs Brodie says this targeted approach was guided by the lessons learnt from the previous release of another strain of the parasitoid fly, imported from southern France, at 21 sites in SA between 2001 and 2004.

Where this French fly strain was released at 19 locations on the state's Yorke Peninsula and at two locations on the Limestone Coast, scientists saw the fly population establish in low numbers - but its dispersal was limited and snail parasitism rates were low.

A SARDI survey of 19 sites on the Yorke Peninsula in January and April during 2019 and 2020, showed the released (French) fly strain parasitised zero to 25 per cent of C. acuta snails.

But across most areas where the fly was detected, all within 20 kilometres of the original release sites, less than five per cent of snails were parasitised.

"Although the parasitism rate is low, establishment of the fly since its initial release in the early 2000s is encouraging," Mrs Brodie says.

Dr Caron says CSIRO research indicates the low parasitism rates may have resulted from a disconnect between the genetic and geographic profiles of the fly strain, imported from France, and the particular strains of conical snail found in Australia.

"The poor performance of the fly strain previously released to control C. acuta in Australia may reflect a mismatch between the snail host and the selected parasitoid strain," Dr Caron says. 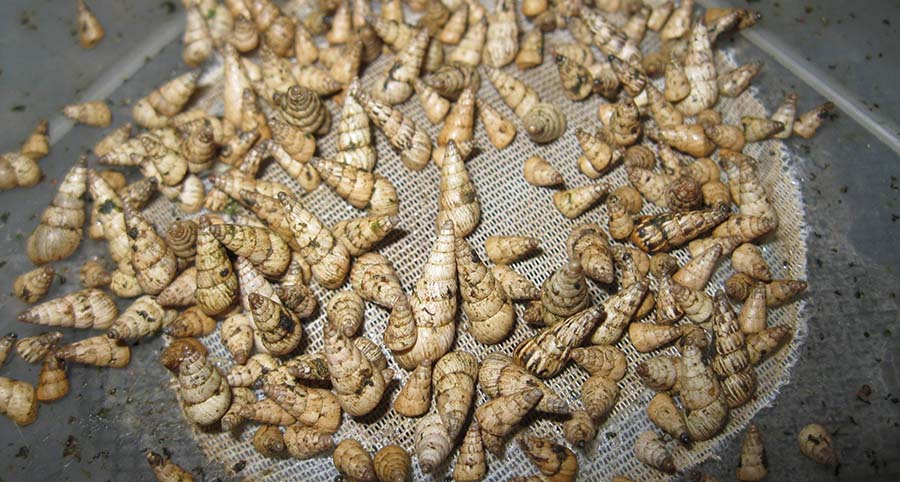 "A different biotype of the parasitoid fly, S. villeneuveana, that attacks the genetic lineage of C. acuta found in south-western Europe, Morocco and Australia could prove to be a more effective biological control agent than the S. villeneuveana strain originally sourced from southern France."

For example, the research showed that the conical snail has three mitochondrial or maternal lineages, tracing genetic descent from a common ancestor, within its native range across Europe and Africa.

But the snail populations that have colonised Australia are derived from just one of these lineages, thought to stem from either the southern Iberian Peninsula or Morocco, not France.

The climatic conditions on the southern Iberian Peninsula and Morocco where the snail is thought to originate closely match those where the snail has become established in Australia.

The team at SARDI, a division of Primary Industries and Regions South Australia (PIRSA), is now testing the host-specificity of the new fly strain, which they hope to release in SA through the GRDC-invested 'rear-and-release' program later this year.