Dr Melina Miles has been 'putting in the miles' since the fall armyworm (FAW) was detected in Australia for the first time earlier this year.

As principal entomologist and team leader at Queensland Department of Agriculture and Fisheries (DAF), she has been inspecting FAW infestations and updating growers about the threat to crops in northern Australia.

Dr Miles spoke to GroundCover™ about the steps growers can take to minimise the pest's impact. GroundCover: FAW was first detected in the Torres Strait in January, followed by Cape York and the north-west Gulf region in February. What is the current situation?

MM: FAW has been found as far south as Bowen, in Queensland, and populations have been confirmed in the Northern Territory and Western Australia. It has yet to be detected elsewhere due to reasons like a lack of host crops.

At this stage, the best indication of how it will act in Australia is that it will not survive where temperatures drop below 10°C. So that means it might - given strong northerly winds and the right temperature - be seen in southern Australia in early sown winter crops in some years. It might also move south during summer, in which case some irrigated summer crops could be at risk.

We need modelling, and a few years of experience with FAW, so we can better predict where it might appear and what the consequences of FAW could be in that location. It is expected that FAW will persist year-round in the tropics and in some subtropical regions.

MM : FAW has spread around the world, but many countries do not have the sophisticated crop production systems we have in Australia. If we look to how it is managed in the US, that probably gives us the most relevant comparison with Australia. In the US, FAW is an entirely manageable pest.

GroundCover: What risk does FAW pose to grain crops?

An example of the damage caused by fall armyworm.
Photo: DAF

MM: While we wait to see exactly how it will behave in Australian cropping regions, in other countries FAW has caused major damage to important crops - including maize, sorghum, soybeans, winter cereals, peanuts and sunflowers. It really is early days in Australia. But, to date, infestations have only been detected in corn, sorghum and sweet corn.

The severity of the FAW impacts overseas are a combination of:

GroundCover: How does the pest damage crops?

MM: FAW is primarily a leaf feeder. During grain fill stages, it is reported to behave like Helicoverpa in sorghum and maize - feeding on grain in heads, on tassels and burrowing into cobs.

GroundCover: What should growers do now to protect their crops?

MM: For mostAustralian growers and agronomists, regular crop monitoring is a routine practice. Early identification and reporting of caterpillars that look different, or are causing a different type of damage, is our best approach at this stage.

If growers suspect anything I urge them to contact their closest entomologist, typically through their state department of agriculture.

If they do not have a local contact, they should call the Exotic Plant Pest Hotline on 1800 084 881. In Queensland, call the DAF Customer Service Centre on 13 25 23 and ask to be put in contact with an entomologist.

Taking photographs of larvae to send for initial identification is really useful. 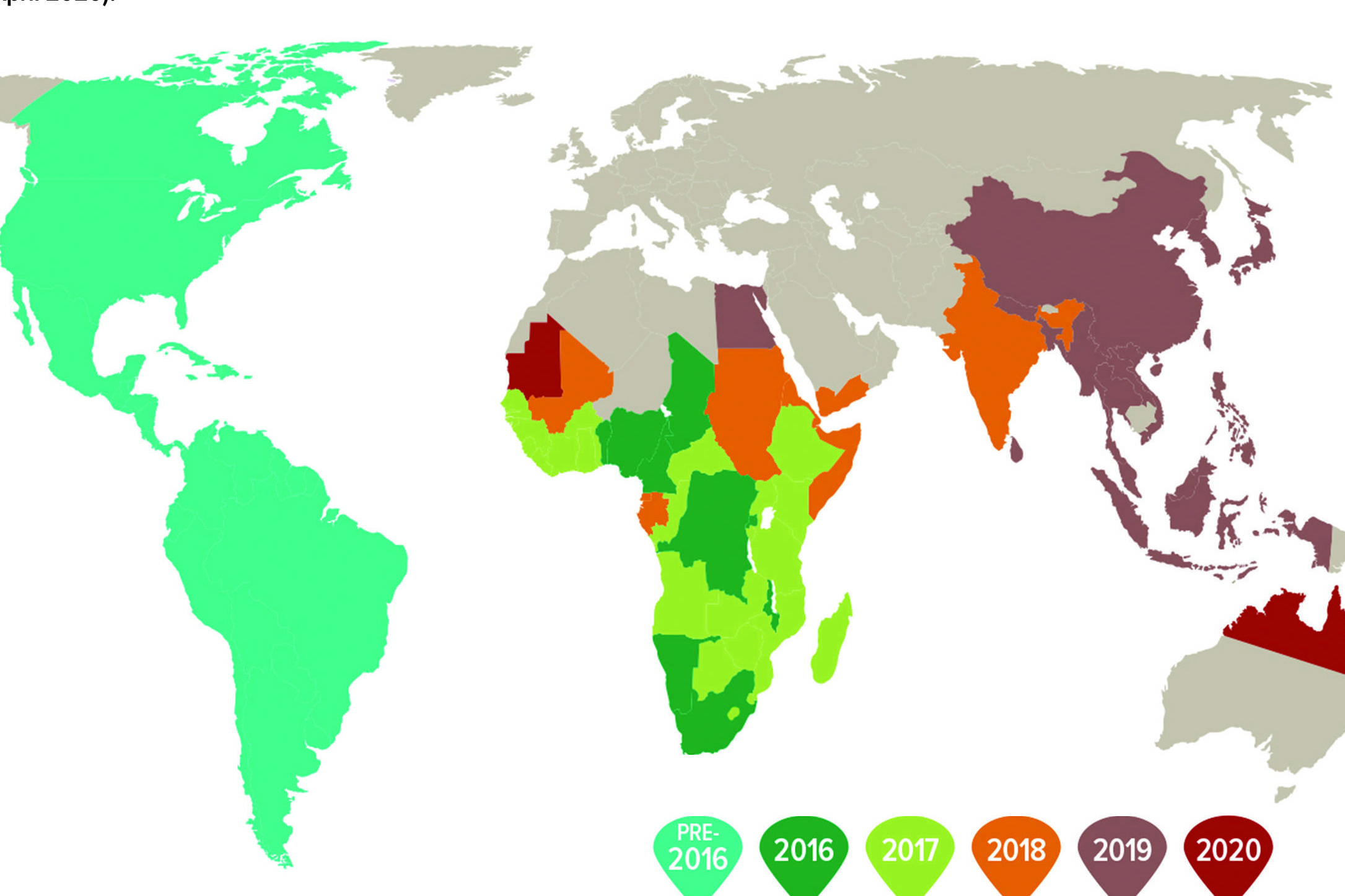 GroundCover: What does FAW look like and what should growers look for?

MM: FAW looks similar to many other caterpillar pests, particularly other armyworm and Helicoverpa. The first thing growers are likely to see is damage to the crop caused by large larvae.

Small larvae do relatively little feeding, which is likely to go unnoticed. Growers might also see egg masses on leaves and batches of hundreds of tiny caterpillars hatching and 'ballooning' on silk to nearby plants. Adult moths may be visible, resting in the whorl of sorghum and maize plants.

There are a number of resources available to assist with identification of larvae and eggs.

GroundCover: Could FAW be eradicated?

MM: The decision was made jointly by all states and territories that it was not technically feasible to attempt eradication of FAW.

A major factor influencing this decision was the ability of FAW moths to move long distances, increasing the likelihood of rapid distribution across suitable regions in Australia, which we have now seen with the confirmed detections in NT and WA. No affected country has managed to eradicate the pest to date.

GroundCover: What control measures are we working on in Australia?

MM: It is essential that growers and agronomists have the knowledge to make rational decisions about the need to control FAW in crops.

As sorghum and corn are the two crops being affected by FAW, the focus is on developing management recommendations for these crops. This will include appropriate sampling techniques, larval and/or damage thresholds and evaluation of available chemical and biological controls.

A range of Australian Pesticides and Veterinary Medicines Authority (APVMA) permits are available for FAW control and growers can check APVMA's permit portal to find these permits and check for new permits as they are approved. [Updated information on current permits is also available on the GRDC website].

The use of insecticides to control FAW comes with the risk of resistance development - not only in FAW but in Helicoverpa.

GroundCover: Is there anything growers can do to prevent FAW arriving on their property?

MM: No. The most likely way FAW will arrive on a property is as moths. These moths will most likely migrate in large numbers when conditions are favourable and they will land in attractive crops and start to lay eggs.

Regular crop monitoring, which will result in early detection of FAW infestations, is the best protection against unexpected crop loss caused by FAW.