GM canola varieties have been safely grown and managed across NSW since 2008.
Photo: NSW Department of Primary Industries

The Agricultural Biotechnology Council of Australia (ABCA) is an industry initiative established to increase public awareness of, and encourage informed debate and decision-making about, gene technology.

Scientists at the University of Queensland believe that gene editing will play a vital role in climate-proofing crops to ensure food security into the future.

Dr Karen Massel, a biotechnologist from the University of Queensland’s Centre for Crop Science, published a review of gene editing technologies that recommends integrating this new technology into modern cereal breeding programs.

As part of proof-of-concept studies and with GRDC investment, the researchers have incorporated gene editing technology to sorghum and barley pre-breeding programs. “In sorghum, we edited the plant’s genes to unlock the digestibility level of the available protein and to boost its nutritional value for humans and livestock,” Dr Massel says.

“We’ve also used gene editing to modify the canopy architecture and root architecture of both sorghum and barley, to improve water use efficiency.”

The research team is also delving into wild variants and ancestors of modern cereals to identify target traits that could be fast-tracked into modern varieties with the new technologies available.

Crops with stronger, stiffer roots able to penetrate dry, compact soils and deliver higher yields in a changing climate are the focus of researchers from the US Pennsylvania State University, who have identified a key root characteristic.

“This discovery bodes well for American and global agriculture because the trait helps corn, wheat and barley grow deeper roots, which is important for drought tolerance, nitrogen efficiency and carbon sequestration,” says Jonathan Lynch, a professor in plant science. “Breeding for this trait should be helpful in developing new crops for climate mitigation.”

Roots with the so-called multiseriate cortical sclerenchyma (MCS) genotype have a greater concentration of lignin, which makes the cell walls more rigid.

More lignin gives the MCS roots greater tensile strength and greater root tip bending force compared to plants without MCS, according to the research published in the Proceedings of the National Academy of Sciences. 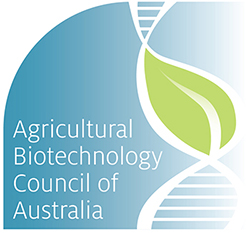 “Plants with roots that are able to penetrate hard soil and forage deeper have an advantage in capturing water and nutrients – ultimately performing better in drought or low soil fertility.”

Of the plant lines reviewed in this study, the researchers say, MCS was present in 30 to 50 per cent of modern corn, wheat and barley cultivars. The research is a promising development for regions affected by dry, poor soils where food security remains challenging.

The recent discovery of how plants sense zinc by a team of researchers led by the University of Copenhagen has resulted in seed zinc content being boosted by 50 per cent in early trials.

“For the first time ever we have demonstrated that, by using a molecular ‘switch’ in the plant, we can cause the plant to absorb more zinc than it would otherwise, without apparent negative impact on the plant,” says the study’s lead author, Associate Professor Ana Assuncao from the Department of Plant and Environmental Sciences at the University of Copenhagen.

The results to date have been achieved in the experimental thale cress plant, with food crops the next target. “We’re currently working to recreate our results in bean, rice and also tomato plants. Should we succeed, we’ll realise some interesting opportunities to develop more nutritious and bio-fortified crops. Bio-fortification is a sustainable solution to improve micronutrient content in human diets,” Associate Professor Assuncao says.

GM crop ban in NSW to expire, will not be renewed

The NSW Government has announced that it will lift the ban on the use of genetically modified (GM) crops in the state by allowing the 18-year moratorium to lapse on 1 July.

Minister for Agriculture Adam Marshall says the Government is opening the door for the state’s primary industries sector to embrace new GM technologies in the field – potentially reaping billions of dollars in benefits across NSW.

“The potential agronomic and health benefits of future GM crops include everything from drought and disease resistance to more efficient uptake of soil nutrients, increased yield and better weed control,” Mr Marshall says.

“In fact, adoption of GM technology is forecast to deliver up to $4.8 billion in total gross benefits across NSW primary industries over the next 10 years. GM technology could save farmers up to 35 per cent of their overheads and boost production by almost 10 per cent. This will be a key area of growth on our path to a $19 billion industry by 2023.

“This is also great news for consumers because by lifting the ban we are empowering companies to invest in GM technology that has the potential to remove allergens such as gluten, improve taste and deliver enhanced nutrition.”

Matthew Cossey, the chief executive of CropLife Australia, says the expiration of the moratorium is the next step in ensuring NSW remains a leader in farming innovation. “Giving farmers access to all new innovations approved by the federal regulator allows them to make their own choice to grow what best fits their needs and business model. This is crucial, especially as they continue to face periods of drought and increasingly harsher conditions in a changing climate,” Mr Cossey says.

“The agricultural sector in NSW is highly trained and experienced in managing the co-existence of GM and non-GM crops and all farming systems have only improved and grown during the time GM crops have been commercially cultivated in the state. All the processes for accreditation, licensing or stewardship are already in place.”

The chief executive of the Australian Seed Federation, Osman Mewett, says allowing the moratorium to expire “sends a clear signal to technology developers and seed companies that NSW is ‘open for business’ and encourages investment to bring agricultural innovations to the state”.

The GM moratorium was implemented to manage perceived trade and marketing issues related to GM crops nearly two decades ago.