A major shift in the mindset of Australian grain growers over the past 18 months has seen a rise in the use of integrated weed management (IWM) tactics, such as crop competition, and less reliance on chemicals.

Over the past four or five years, and particularly the past 18 months, growers are understanding the limitation of chemical weed control and looking to IWM, he says.

Crop competition in particular using crop types and varieties with good vigour, such as hybrid canola, coupled with higher sowing rates, narrower rows and earlier sowing is a good option for growers to consider.

The GRDCs 2016 report, 'Impact of weeds on Australian grain production', showed annual ryegrass in revenue loss to Australian growers was estimated to cost $93.1 million every year.

Herbicide resistance means there are limited options for post-emergent ryegrass control, besides clethodim in some crops, so heavy pressure is being placed on pre-emergent herbicides.

University of Adelaide (UA) researcher Dr Gurjeet Gill and the weed science research group are turning up the heat on key summer weeds such as fleabane, windmill grass and feathertop Rhodes grass (FTR).

FTR and windmill grass have increased in significance across the Southern region over the past five to seven years largely due to the ease of dispersal by wind and their natural tolerance to glyphosate.

FTR in particular is one for growers to look out for given its very high growth rates over summer and the fact that it is a competitive plant once it is fully established, he says. 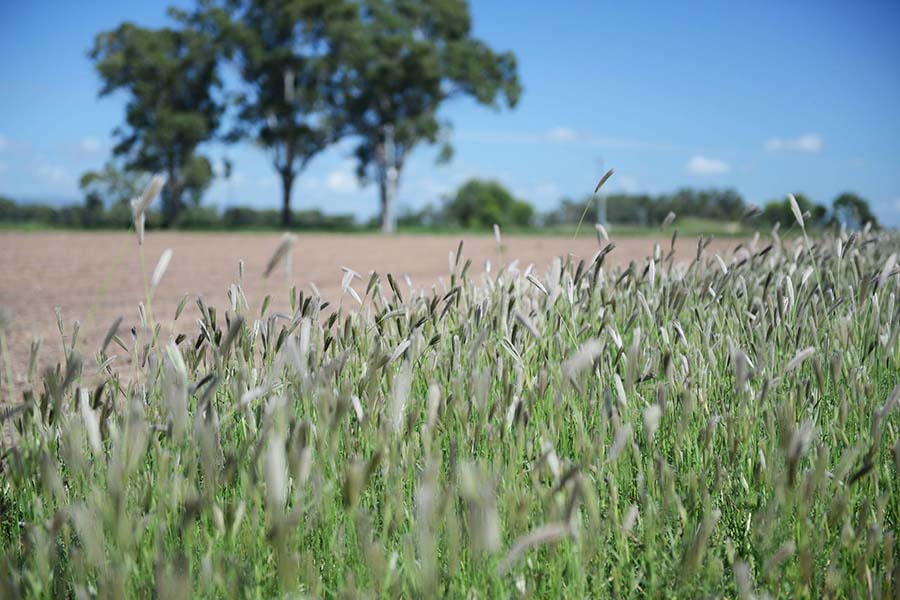 The biology of these summer weeds has been one of the biggest learnings to come out of this investment with the UA. Some of these biological traits make the weeds a challenge to control.

Despite being classified as summer weeds, Dr Gill says they often emerged in-crop and established in spring.

Another challenging aspect of FTR, windmill grass and fleabane is their natural tolerance to glyphosate when they mature," he says.

"A strategy to control these weeds before they become too large and difficult to control after harvest is to crop top some crops.

Dr Gill says desiccating pulse crops with paraquat prior to harvest would allow a double-hit on the weeds if there is more summer rain and they regenerate. But it is important to adhere to harvest withholding periods.