Pests in the spotlight of innovative national biosecurity research projects

Pests in the spotlight of innovative national biosecurity research projects

The GRDC project is the first of its kind and aims to successfully introgress endophytes (beneficial organisms - often fungi and bacteria - that live between living plant cells) into cereal varieties.

The vision for the project is to create a unique cereal-endophyte product which results in reduced need for inputs, such as pesticides, and better productivity, economic and environmental outcomes.

The difficult task has baffled many researchers, but AgResearch company Grasslanz has a long and successful history of creating pasture varieties containing beneficial novel endophytes AR1 and AR37.

The AgResearch team found endophytes in Elymus species and Agropyron species, both of which are wild relatives of wheat. It has also found them in a Hordeum species, which is a barley relative.

In the US, researchers are reputed to have made the first discovery of Neotyphodium endophytes in an annual grass species (Aegilops mutica) that can hybridise with cultivated wheat (Triticum species).

These endophytes protect the grass host from insect attack, while minimising animal health and welfare issues.

If successful, the GRDC-supported research will result in functional associations between elite cereal cultivars (wheat and rye) and endophytic Epichloë fungi.

These will protect the cereals from pre- and post-harvest invertebrate pest attack and potentially enhance tolerance of abiotic stresses such as heat, cold or water stress. 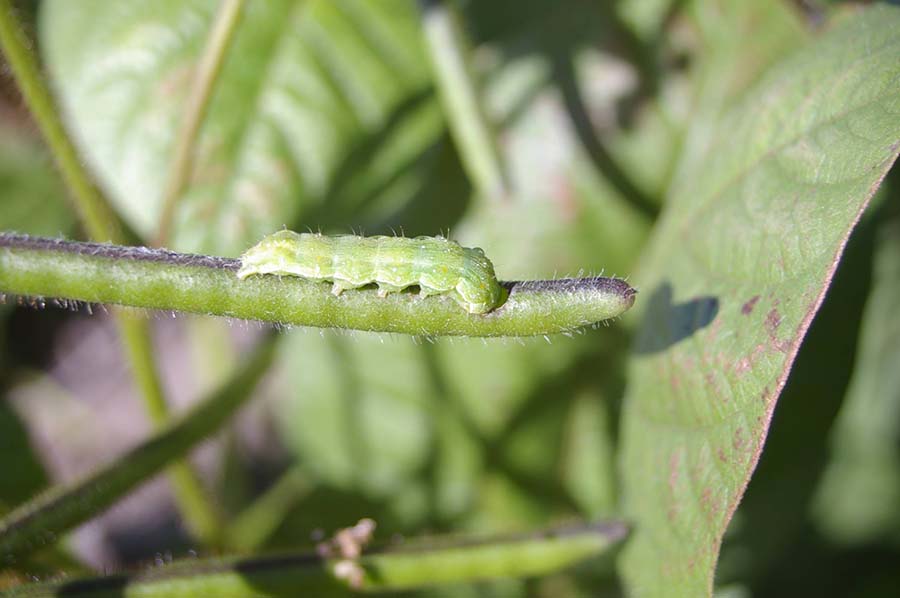 Modern cereals are not naturally infected with Neotyphodium endophytes, but some of their wild relatives have been found to be infected.

It is hypothesised that during the evolution of modern cereals, agricultural practices such as storing seed have led to the loss of the original association.

The aim of this research is to identify endophytes with appropriate properties in isolates taken from wild relatives of cereals.

The following targets have been identified as economically important, and the new research is looking for endophytes that can associate with wheat and/or barley to help reduce the impact of these targets:

The endophytes that are the subject of this research complete their whole lifecycle inside the plant. They are transferred from generation to generation inside the seed.

Once isolated from plants and seed, they will be cultured to provide a stock of this endophyte for a range of trials.

To introduce the endophyte to a new host, it is inoculated into a young, growing seedling.

Once stabilised in the seedling the endophyte behaves normally and is transferred to the next generation through the seed.

Initially the research will be carried out in New Zealand, but once new cultivars are developed with endophyte infection, trials will begin in Australia.

Agronomic performance of the endophyte-infected cereal may depend on the environment in which it is grown. Soil type is unlikely to directly affect the agronomic properties, but occurrence and severity of insect damage and disease, and water and nutrient stresses will have an impact.

Agronomic testing will be conducted at sites in Australia. Temperature and relative humidity will also determine how long an endophyte can survive in stored seed, and this will also be tested in Australia.

Researchers are also making strong progress in the use of fungal endophytes (organisms living inside the wheat plant) as a new way for cereals to defend themselves against a range of pests and diseases.

The fungal endophytes are passed from the host plant to the seed of the next generation, a process called vertical transmission.

Endophytes have the potential to provide cereal crops with extra defence mechanisms against pests and diseases, and abiotic stresses such as drought. They can also inhibit the growth of competitor plants by synthesising alkaloids, which prevent colonisation of other potentially harmful organisms. However, some of these compounds can be toxic to other organisms.

Of the known compounds synthesised by the endophytes, the loline alkaloids exhibit strong anti-insect activity, particularly against aphids, and have no known negative effects on animals.

Several aphids are economically important pests in cereal crops and it is hypothesised that loline alkaloids could confer resistance. For this reason, endophytes capable of producing loline alkaloids are of interest for incorporation into cereals.

An understanding of the genetics of the various endophyte types is a key component in being able to use fungal endophytes in cereals.

The researchers have isolated the genomes of three genetically distinct fungal endophytes from distant relatives of modern cereals. These genomes represent the first genomes of endophytes in this class to be sequenced.

Dr Hume and his team are looking to calculate the degree of relatedness between the endophytes being isolated from cereal progenitors collected worldwide. This information will guide them in selecting genetically diverse endophytes to maximise the likelihood of finding endophytes compatible with modern cereals.

The gene pathways that synthesise the alkaloid compounds have also been identified. This information is used to screen out endophytes with undesirable chemical profiles.

Due to the interest in lolines, it is important their effect on the consumer is investigated to ensure safety. While there are no known negative effects on grazing ruminant animals, it is necessary to determine their effect on monogastric animals.

Experiments have been performed on mice and the results of acute (short-term exposure) and sub-chronic (mid-term exposure) experiments raised no concerns for human health. The work could deliver valuable technologies to the grains industry, making intellectual property (IP) protection of these outputs important.

The ability to secure IP protection makes it more attractive for companies to license the technologies, encouraging investment in research for products the market wants.

FAR  the New Zealand equivalent of the GRDC  awarded the 2011 Researcher of the Year to the AgResearch Cereal Endophyte Project Team for its outstanding contribution to research for the arable industry.

No harm to livestock

The endophyte-produced bioactive molecules providing these beneficial effects will not be harmful to humans or livestock.

Naturally occurring endophyte strains infecting the wild relatives of wheat and barley will be identified, characterised genetically and chemically and inoculated into elite breeding material with strains having appropriate chemotype.

By 2021, researchers aim to have achieved acceptance of endophyte cereals by Food Standards Australia and New Zealand (FSANZ) through the development of data packages for human and animal consumption.

By 2022, growers should have access to best management agronomic packages on use of endophyte cereals including interaction with agrochemicals (e.g. fungicides). Also by 2022, a scoping study on the utilisation of endophyte cereals for management of other biotic (disease) and abiotic stresses (heat, cold, water) by crops will be delivered to GRDC.

The team presented its findings at the 10th International Symposium on Fungal Endophytes of Grasses in Spain in June 2018.

Mouse control also hit the biosecurity spotlight in 2018, with announcement of a $4.1 million GRDC investment in research, development and extension (RD&E) initiatives in response to the increasing prevalence of mice in many key grain-growing regions of Australia.

GRDC recognises the enormity of the mouse problem and the severe impact it has on growers businesses, their families, their communities and the broader industry.

Mouse numbers have escalated in recent years and GRDC aims to improve understanding as to why that has happened and provide growers with innovative and more effective mouse control options and tactics.

The first investment of more than $3.2m focuses on understanding mouse ecology, biology and management, the second on increasing surveillance, and the third on mouse feeding preferences.

The first investment will provide growers and industry with a greater understanding of the behaviour of mice under no-till and stubble retention systems, and it will quantify the impact of various management tactics (such as strategic tillage, seeding systems, food and habitat reduction) on mouse numbers.

Until now, management strategies to control mice have been based on research conducted under conventional cropping systems which often incorporated tillage, burning and removal of stubbles, as well as more livestock than is typical of todays farming systems.

Farming systems have changed markedly, including uptake of no-till and stubble retention and fewer livestock on farming properties.

Researchers aim to determine if contemporary, conservation farming practices favour the persistence of mouse populations from one season to the next due to maintenance of year-round habitat, lack of soil disturbance, or whether there are other factors at play.

Technologies such as in-burrow cameras and radio-tracking devices are expected to be used to better understand mouse behaviour.

The second key investment of more than $630,000 will expand and extend GRDCs involvement in national mouse monitoring and surveillance.

The aim is to develop a more precise real-time national early warning system for potential plagues and equip growers with the ability to proactively manage increases in mouse populations to minimise crop losses and reduce economic impacts.

The third key investment commits up to $275,000 to investigate mouse feeding preferences and bait efficacy.

Broad-scale application of zinc phosphide wheat bait is currently the only method available for growers to control mice, but its efficacy has become an issue.

Research will explore conditions that lead to the apparent reduction in attractiveness of zinc phosphide baits and subsequent lower efficacy.

Key questions relate to the role of background food availability on baiting efficacy, and whether there are more suitable bait substrates.

Researchers will also investigate whether mice stockpile non-baited grain and other food sources to survive, and if so the research will aim to determine the optimum time to bait.