Chickpea seed with heat tolerant characteristics has made its way to Australian plant breeders, who are investigating how the crop can tackle this stress at flowering time.
Photo: Angela Pattison

Pre-breeders working to improve the heat tolerance of chickpea during flowering have delivered the first seed from this research for use by breeders.

The seed was harvested in 2019 by researchers in the GRDC-invested Australian Research Council (ARC) Industrial Transformation Research Hub called Legumes for Sustainable Agriculture.

Researcher Dr Angela Pattison, from the University of Sydney, says the new heat tolerance genetics were sourced from a wide array of biodiverse material, including:

This material was screened for heat tolerance in the paddock during summer, in addition to using:

That work was performed primarily at the Institute of Plant Breeding at Narrabri, in New South Wales, where exotic germplasm was tested for yield under heat stress.

Screening also included measuring flower fertility - given that it's known that a leading cause of yield losses is due to pollen sterility once temperatures exceed 30°C - with female fertility becoming an additional issue at higher temperatures.

We are seeing a lot of diversity in the ability of our germplasm to withstand extreme temperatures. There's plenty of room for breeders to make gains, which is the good news. - University of Sydney researcher Dr Angela Pattison 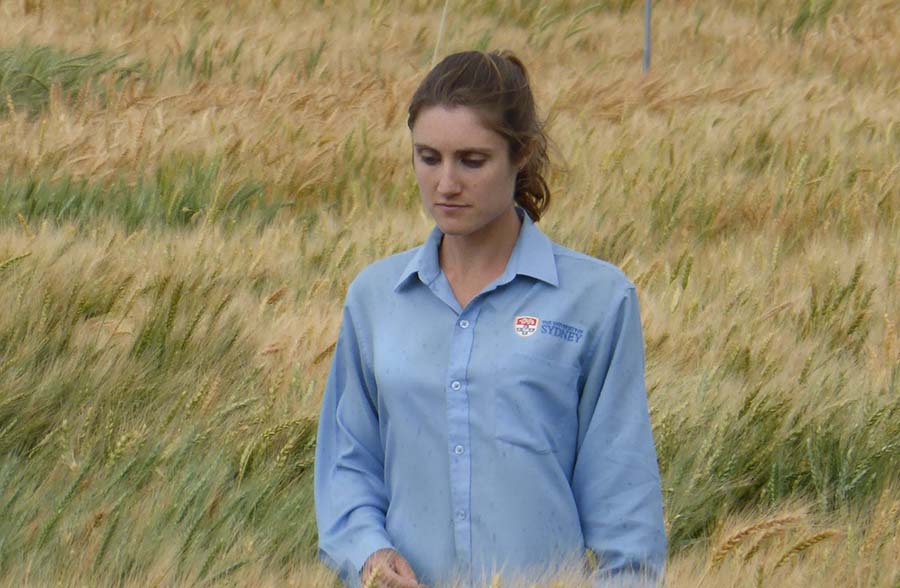 Starting in 2016, Dr Pattison crossed the best performing lines with Australian adapted material to facilitate its use by breeders.

This was necessary, as some of the lines that express enhanced heat tolerance were "a bit wild and woolly".

This pre-breeding work has now resulted in 20 families of lines with promising levels of enhanced heat tolerance. These are at different stages of development, with the number increasing every year.

"We are seeing a lot of diversity in the ability of our germplasm to withstand extreme temperatures," Dr Pattison says.

"There's plenty of room for breeders to make gains, which is the good news." 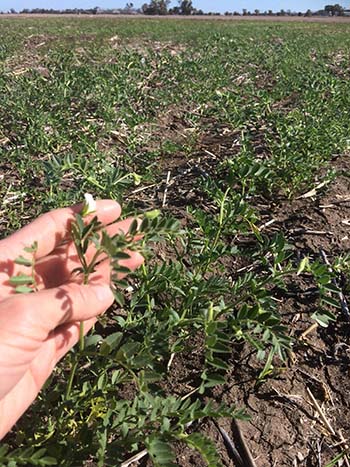 As the seed reaches breeders, they will make additional crosses to bring the germplasm up to Australian standards for cultivation.

This includes adding in high levels of disease resistance and improving height to optimise harvesting with Australian machines.

Getting a robust estimate of the yield benefit associated with the new genetics was initially difficult, given short row trials and a low supply of seed.

However, the 2019 trials were different - with machine-sown plots providing a better idea of yield performance.

While Dr Pattison does not yet have figures associated with different families, she has seen lines that perform just as well as the Australian parent under 'normal' conditions - and better under hot conditions.

Additionally, she is exploiting opportunities to combine different sources of heat tolerance together into the same lines in an attempt to further boost yield potential.

What the future holds

Throughout the project, chickpea breeders - such as Kristy Hobson and Damien Scanlon - had the opportunity to walk through the field trials and examine the plants.

Once the yield data becomes available, final decisions will be made about which lines they want to include in their breeding programs.

"What they look for are plants that are healthy, happy, vigorous, flowering/podding at the correct time, and are machine harvestable," Dr Pattison says.

The Legumes for Sustainable Agriculture is a five-year collaborative research program based at the University of Sydney and headed by Associate Professor Brent Kaiser. It includes:

Prebreeding material is also being tested by the Northern Australian Crop Research Alliance (NACRA) in the Ord River area of Western Australia.