Oilseed crops being grown in the Atherton Tablelands as part of the CRCNA and GRDC ‘Developing an oilseed industry in Northern Australian’ project.
Photo: Tony Matchett, Savannah Ag

Broadacre cropping in Australia’s far north has great potential but would be best realised if integrated with other enterprises, particularly beef production.

The CRCNA was established in 2017 in response to the Australian Government’s agenda to develop the north, including its agricultural potential.

Northern Australia has long been touted for its agriculture promise. The region includes potential broadacre cropping areas that stretch from the Fitzroy River and Ord region of Western Australia into the Northern Territory and across to the Gulf of Carpentaria and the Atherton Tablelands of Queensland. The region is adjacent to the GRDC northern sub-regions of Central Queensland and the North Queensland coastal and tablelands regions from Mackay to the Burdekin.

The region supports a high percentage of cattle operations which, along with horticulture, sugarcane and cotton, are a significant contributor to the farming system overall.

However, GRDC, along with the CRCNA and the Northern Australia Crop Research Alliance (NACRA), interested growers, advisers and researchers, have collectively been investigating the opportunities and constraints for leviable crops in this region since 2017. To date GRDC has co-invested – on a small scale – with research partners to assist with trials.

Recently released, the CRCNA-funded situational analysis is the first step in furthering the region’s cropping potential. It made two primary findings: firstly, that broadacre cropping’s barriers, costs and risks need to be leveraged against a broader agricultural business to be both sustainable and profitable and, secondly, that learning at local and regional scales is essential, with decision-making and investment supported by local data gathered from regional research and commercial scale trials. The report details 10 recommendations to address constraints that arise from the interaction of production environment, regulation, market requirements and infrastructure support.

Already, two of these are being moved forward, with tenders released to act on the report’s recommendations.

These two relate to production data needs and storage and handling research and development.

One of the report’s project leaders, Brondwen MacLean from Pivotal Management Consulting, says production data needs to be generated to validate and update previous modelling predictions. “Some growers in the region get much higher yields than modelling data predicts.”

Together, the CRCNA, Cotton RDC and GRDC have invested in four cropping projects across northern Australia at sites in Far North Queensland, Katherine and central Northern Territory and northern WA.

These are preliminary projects investigating agronomic management in the region with the aim of providing growers and advisers with the knowledge and tools for successful grain production.

These current projects include investment in crop trials in cereals, oilseeds and grain legumes, as well as cotton.

Potential for broadacre cropping in the NT

The initial focus will be on rain-fed and irrigated systems growing cotton and peanut crops, while maize, sorghum, rice and pulses will also be investigated as possible break crop options.

A critical output will be assessing the regional potential for broadacre cropping. While it is a long-held belief that this potential exists, this project will build on earlier studies to further understand the opportunities and constraints across the Katherine/Douglas-Daly region, building on the CSIRO Northern Australia Water Resource Assessment study for the Darwin regions. 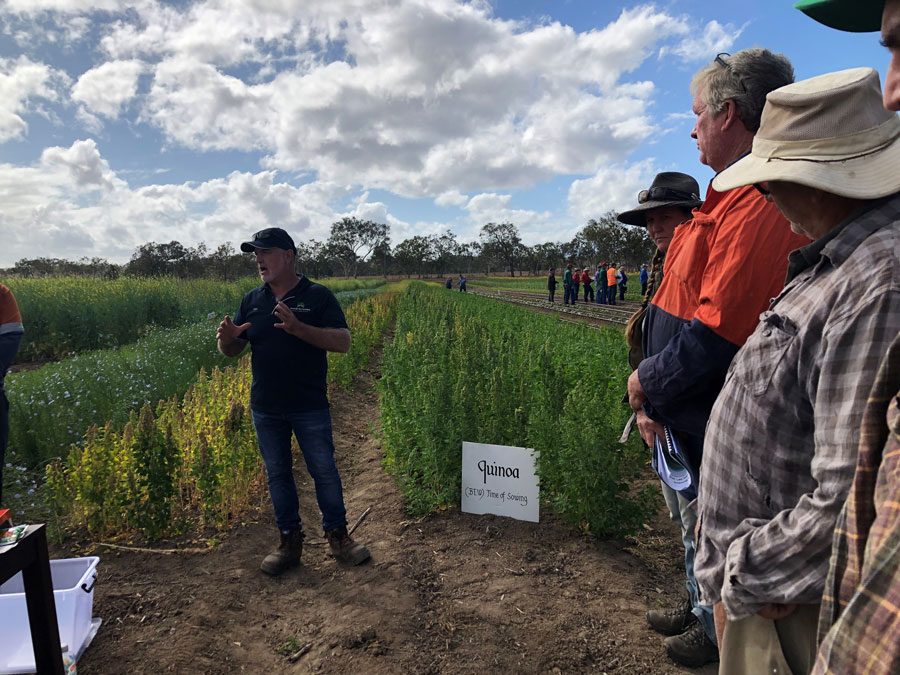 This project takes a participatory on-farm approach with growers to inform and drive the RD&E activities to identify the best crop and management options and bridge gaps between present and potential yields. The research assists in building growers’ skills and identifying high-profit and low-risk options in broadacre cropping by trialling sorghum, maize and forage crops.

Working with existing and new grain growers and the agribusiness sector within the Gulf River catchments, this project aims to assist in the development of local cropping systems and agronomic skills.

Within northern Queensland’s Gulf River catchments, there is limited experience and knowledge around the performance and profitability of potential dryland and irrigated grain crops. An understanding of this variability is critical to provide local landholders and potential investors with the knowledge and risk assessment needed to develop profitable farming systems.

This project is providing opportunities for local landholders and agribusiness personnel to develop the necessary knowledge and skills needed for successful production of grain within existing extensive grazing enterprises.

This research focusses on identifying the best bets from a range of adapted oilseed crops, which may have commercial capacity and be a high-value component of a northern Australia cropping system.

Oilseed crops, both summer and winter, have been trialled on a very small scale in Far North Queensland, with promising results. This work has included crops such as soybeans, safflower, linseed, canola, mustard and nigella. 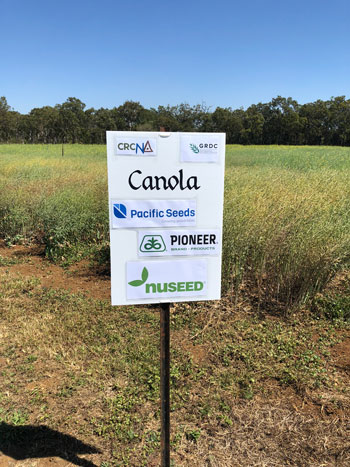 HyTTEc Trident Canola is also being trialled at Biboohra on the Atherton Tablelands in Far North Queensland as part of the CRCNA and GRDC’s ‘Developing an oilseed industry in Northern Australian’ project. Photo: supplied

GRDC has also invested in National Variety Trials for chickpeas and sorghum at the Kimberley Research Station at Kununurra, while a GRDC partnership project with the Queensland Department of Agriculture and Fisheries includes a grain storage component with a focus on management for environments such as at the Port of Townsville and the Ord.

GRDC chair John Woods says that the region has production potential in terms of land availability and relatively regular access to water in certain areas.

“GRDC has made a small but strategic investment in RD&E in far northern Australia. We are committed to driving multi-party collaboration as we understand (that) while grain is unlikely to be the pillar crop, it will have a critical place in profitable and sustainable farming systems,” Mr Woods says.

“The RD&E that GRDC is investing in has been designed to deliver results that are transferable and relevant across all three jurisdictions, from the Gulf to Katherine and Kununurra.

“The challenge for grain production in the region will be building economically viable cropping systems, varieties suited for irrigated and dryland broadacre cropping in those environments and access to markets.”