The burnt landscape is a picture of regeneration where Will and Jenny Stanton farm 950 hectares near Stokes Bay on Kangaroo Island, South Australia.
Photo: Nadinne Grace

Australia’s 2019-20 bushfires burnt about 10 million hectares – more than the combined area burnt during the 2009 Black Saturday and 1983 Ash Wednesday fires.

In that mega-fire season two years ago, one of the largest bushfires was the Ravine Fire on Kangaroo Island off the South Australian coast.

It blackened about 210,000ha – almost half the island – including the Stanton family’s 1760ha mixed farm spread across four properties on the north coast of Kangaroo Island near Stokes Bay.

There, Will and Jenny Stanton farmed in partnership with Will’s brother Michael, sister-in-law Sarah and parents Richard and Kate.

They witnessed the fire burn about 90 per cent of the farm, when it swept through their properties on 3 January 2020 and persisted for two weeks.

“We lost 4000 sheep, 60 head of cattle, 70 kilometres of fencing, 90 per cent of the pasture, a shearing shed and other farm infrastructure,” Jenny says. “Richard and Kate’s house was burnt to the ground.”

“It resembled a war zone,” Jenny says. “Looking out the kitchen window, there were plumes of smoke everywhere, like bombs had gone off. The landscape was black and grey and dusty.”

But there’s an uplifting twist in the aftermath of this devastation.

Two years on, the grim scene Jenny saw through her kitchen window has transformed into a bright scene of regeneration, in both the landscape and farm business. South Australian growers Jenny and Will Stanton have redefined and restructured their mixed farm on the north coast of Kangaroo Island. Photo: Nadinne Grace

Verdant new growth testifies to the resilience of the Australian environment, where the selective influence of bushfire, at work for millions of years, has honed plants that can tolerate infrequent, high-intensity fires with two main responses – resprouting and seeding.

These plant adaptations to fire have changed the complexion of Kangaroo Island from grey-black to vivid green, Jenny says.

“The regeneration of the native vegetation is just phenomenal. There is lush green growth sprouting from most of the burnt trees to a height of about 1.5 metres. Regrowth is booming.”

This capacity for regeneration is matched by the resilience that the Stantons have shown in repairing their fire-damaged properties and restoring the farm business.

“The farm business was effectively liquidated by the fire, which created an opportunity to restructure and redefine the family farm. It created an opening for a new chapter to be written,” Jenny says.

“Although we are family, we are all very different people, with different interests and ways of farming. There is no right or wrong, but you have to make the right choices for your own life.”

Jenny says the fire damage was a catalyst for farm business succession, in which Richard and Kate opted to retire and the generational farm was divided into two distinct farm businesses.

The farm area was roughly divided in half. Will and Jenny now farm 950ha, independently of Michael and Sarah.

Jenny says the business restructure provided the opportunity for each couple to reconfigure their enterprise mix.

For instance, the couples prefer different livestock enterprises. Will and Jenny run 220 head of Angus cattle, while Michael and Sarah run 5000 head of Merino, Poll Dorset and UltraWhite sheep.

The aggregate farm previously ran about 8000 sheep and 140 cattle, which were managed by Michael and Will respectively. Its mainstay crops included canola, wheat, oats, lupins and broad beans. Field peas, barley and linseed were grown in some years.

Both couples have chosen to restructure their farm businesses. Michael and Sarah now focus exclusively on their sheep enterprise.

Will and Jenny continue to crop 200ha. Of this area, they grow oats on 135ha to supply feed grain for Michael and Sarah’s sheep enterprise, and to supply grain that is processed into quick and rolled oats for Kangaroo Island Oats. The 65ha remainder is planted to a multi-species crop.

This mixed crop – oats, wheat, lupins and cereal rye – underpins a new chicken enterprise that illustrates how the fire recovery process, including farm succession, has led to new business opportunities, as well as farming practices.

The blend of cereal and legume crops provides nutritionally diverse feed grain for a chicken meat venture, Kangaroo Island Primal Harvest, which Will and Jenny established on their 950ha farm in March last year. From humble beginnings with 200 day-old chicks, they currently produce about 400 ‘pasture raised on open fields’ or PROOF-certified chickens a month.

Although the Cobb 500 chickens also forage on the farm’s perennial and annual pastures, the mixed grain crop is key to producing robust, healthy birds and, ultimately, high-quality chicken meat, she says.

To this end, grain from the multi-species crop is harvested and stored together, before it is supplemented with additives, such as maize, fish meal, beef tallow, seaweed and biochar, as part of a feed formulation containing 15 ingredients. 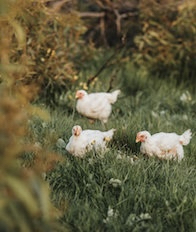 Will then mills the wholegrains and additives in two-tonne batches using a Nelson roller mill machine. On-farm milling helps to optimise feed quality, which begins to deteriorate once the grain is cracked, she says.

Will and Jenny have also seized the opportunity to explore new farming practices in the wake of the fire. In the past year, for instance, they have started applying biological fertilisers and reduced application rates for conventional synthetic fertilisers on their cropping and pasture paddocks.

The new biofertiliser program was developed in consultation with Kym Kruse from Queensland-based RegenAG®. It aims to reduce reliance on chemical inputs and lift biological soil health and, in turn, improve plant resilience to pests and diseases, Jenny says.

Chasing these objectives, the couple ‘brew’ or ferment their own liquid biofertilisers. The biofertilisers contain a variety of nutrients and beneficial microorganisms, such as free-living nitrogen-fixing azotobacter bacteria. The couple use a liquid injection system to apply biofertilisers to the soil. 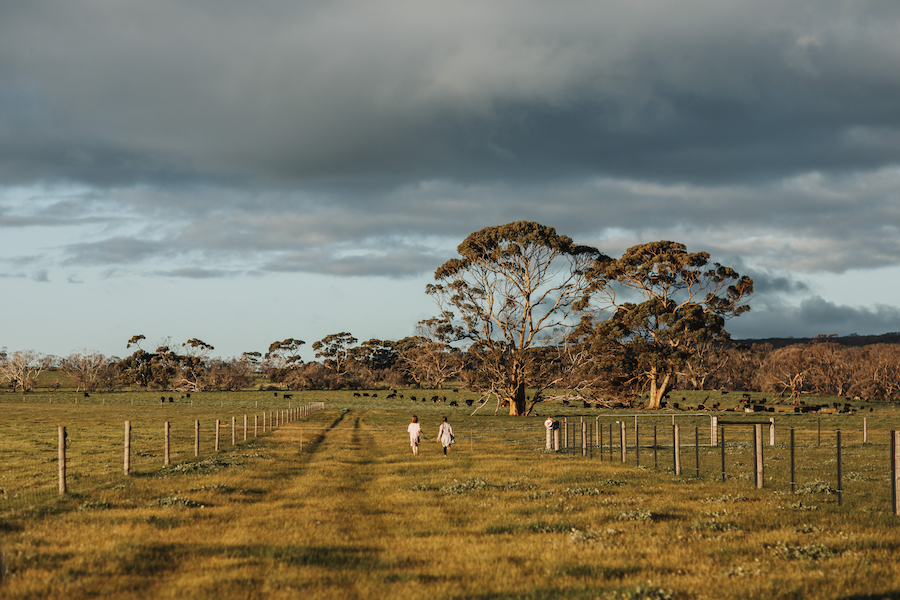 To date, Will and Jenny have restored boundary fencing on 8km of their property, and plan to fence another 5km. But instead of replacing the farm’s internal fences, they hope to implement virtual fencing technology to manage cattle grazing on large unbounded paddock areas.

The technology, which uses automated GPS-enabled solar-powered neckband devices to train cattle to stay within a virtually fenced boundary with audio and electrical cues, is the focus of a three-year study, concluding this year.

Will and Jenny also plan to increase their Angus cattle herd, gradually expand the chicken enterprise and establish a micro-abattoir for processing the birds on-farm. “The long-term plan is to produce 1000 chickens a week,” Jenny says. 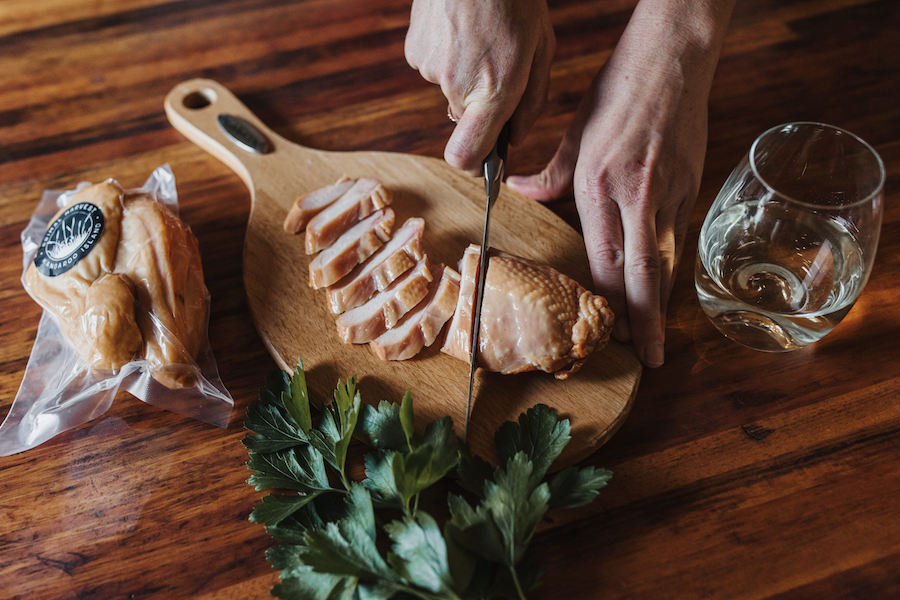