The world's largest collection of rhizobia genetics will be preserved and studied in a new facility in Western Australia after the signing of a $1.5 million funding agreement between GRDC and WA's Murdoch University.

The new gene bank will contain more than 10,000 strains of rhizobia, many of which can never be replaced, giving Australian growers access to the best rhizobia alternatives to help them grow high-yielding, profitable legume crops.

With many rhizobia strains languishing as freeze-dried specimens in the filing cabinets and back rooms of retired researchers around the country, this new facility will bring together these long-forgotten species and allow researchers to select for exciting new strains for the benefit of the Australian grains industry.

Rhizobia are single-celled cylindrical shaped bacteria that live in the soil and are not visible to the naked eye. Researchers discovered the biological phenomena of the symbiotic relationship between this soil-borne bacteria and the roots of a legume plant more than 100 years ago - observing the growth of root nodules on the plant that allowed nitrogen from the atmosphere to be converted into ammonia and beneficial proteins.

It has been estimated the use of rhizobia as an inoculant on legume crops saves the industry about $4 billion each year in applied nitrogen costs. 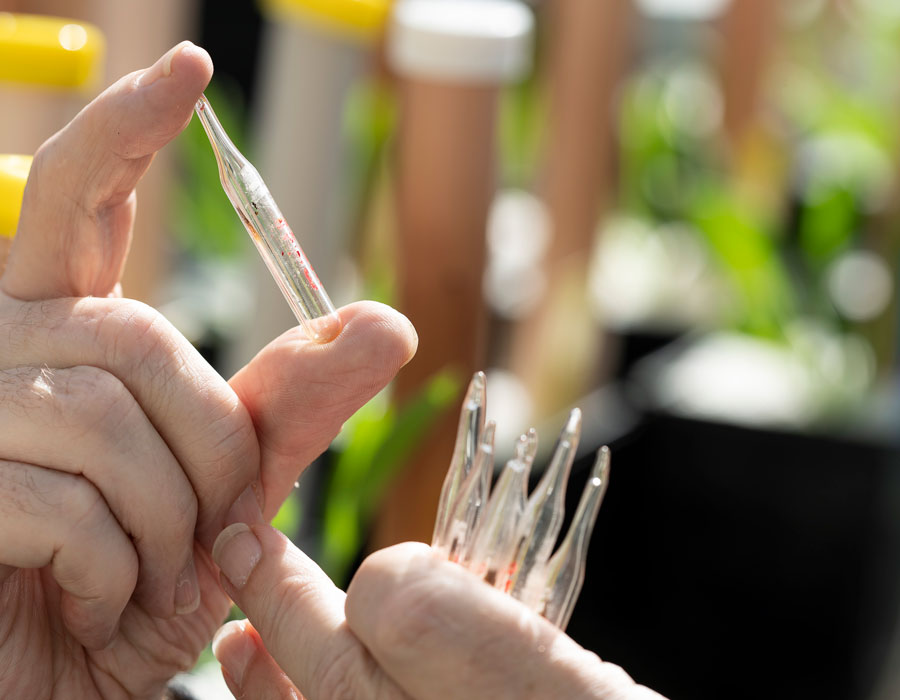 Dr Graham O'Hara with vials of rhizobia that are up to 60 years old. Photo: Evan Collis

Since almost all Australian broadacre crops are exotic plants (non-native), useful legume rhizobia are not naturally found in Australian soils and must be imported.

Centre for Rhizobium Studies director Dr Graham O'Hara says the consolidation of all rhizobia genetics at the new facility will allow researchers to better understand which species and strains are the most appropriate for each different legume crop.

"Access to this large collection of rhizobia allows for the fast-tracking of research into specific rhizobia that could see crops such as chickpeas, faba beans and lentils planted into farming areas traditionally thought unsuitable for these particular legumes, such as acidic soils," he says.

The results of this research could be available to growers in as little as five years. 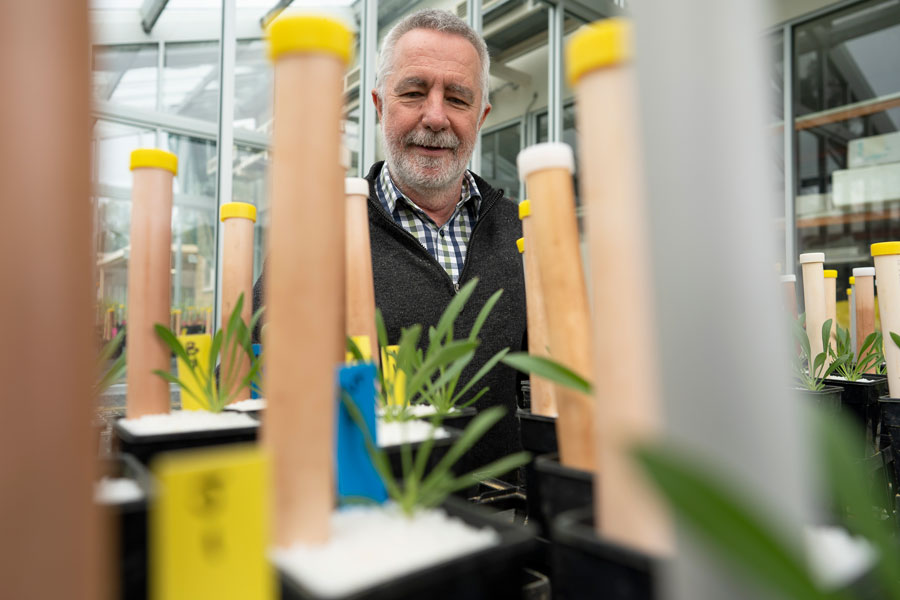 "In North and South America, there might be 30 million hectares planted to inoculated soybeans, but that is just one crop when compared with the whole gamut of different legume crops that we have here in Australia."

He says access to different rhizobia strains has been pivotal to the success of legumes in Australia. "In the past, there has been a more ad hoc approach to the importation of rhizobia into Australia, and then the storage of these genetics.

"It's critical that we maintain and restore this collection because some of the strains, particularly those from the Middle East region, can't be replaced."

Now, under the agreement with GRDC, the Centre for Rhizobium Studies at Murdoch University will complete the genome sequencing of the available inoculants in Australia and catalogue all rhizobia strains, for an online interactive website for use by researchers across the globe.

Dr O'Hara says since rhizobia can be stored as freeze-dried specimens, or at temperatures of minus 80C, the new centre will have both storage conditions, with all genetic strains replicated and stored to protect against any loss.

As with the pre-breeding of seed genetics, these strains will be used by inoculant manufacturers to create rhizobia that best suit each individual legume crop.

Currently, about 40 different inoculants are used across the country for the numerous legume varieties planted each year.

Any legumes planted for the first time should be inoculated since suitable rhizobia will almost certainly not be available in Australian soils. Likewise, any legume crop not planted in a rotation for several years should also be inoculated.

"A successful legume crop relies on large numbers of rhizobium bacteria in the soil and the timing of nodulation," Dr O'Hara says. "Over time, the rhizobia from a previous crop can be diluted in the soil."

He says the other challenge is the evolution of rhizobia in the soil over time, where the beneficial strains can be weakened through the exchange of DNA with other, less-effective populations.

"This is why regular inoculation of legume crops is critical to their success."

It is hoped the new facility will be opened in 2020.