One of the most important pieces of information that growers need to know about new cultivars of wheat and barley is their maturity or development speed.

This knowledge allows growers to establish crops at the optimal time for their environment and maximise yields by minimising losses from insufficient radiation, frost, drought and heat.

Despite the importance of this information, it is poorly quantified and communicated.

While there are other numerical scales, for instance yield rankings and disease resistance ratings, there is no such system to describe cultivar phenology.

Current descriptions provided by breeding companies are qualitative, subjective and can be misleading. 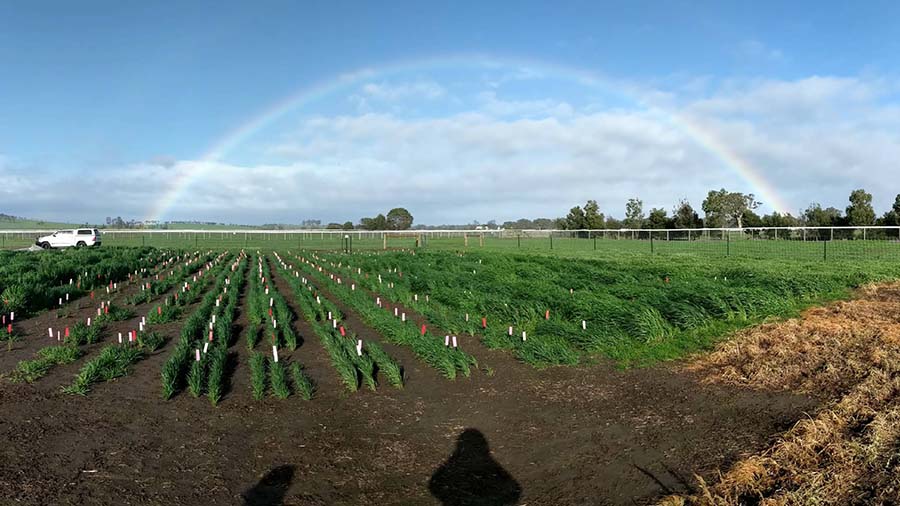 A diverse collection of 64 Australian wheat and 32 barley cultivars is being evaluated in four field experiments across Australia to develop a model to predict cultivar development. The Victorian experiment, at Yan Yean, is pictured. Photo: Max Bloomfield

The reason for this is because it is complex and difficult information to provide.

Cultivars of maize are released with quantitative descriptions of how long it takes to reach critical stages in their life cycle, but this cannot be done with wheat and barley because the speed of development is sensitive to a combination of day length (photoperiod) and vernalisation (the amount of cool temperatures from -1°C to 16°C that they are exposed to).

This means that their thermal time to anthesis or heading varies greatly depending on when they are sown and the environment in which they are grown (latitude, prevailing temperatures).

Current descriptions provided by breeding companies are subjective and vague because most lack the resources to quantify how different cultivars behave in different environments and under different management regimes.

Expensive time-of-sowing experiments over multiple years and in multiple environments are required to give growers the information they need to get the best out of new cultivars.

The result is that growers often do not have sowing-time information until two to three years after a cultivar is released.

Efforts have been made to build online decision-support systems that predict cultivar phenology. But these have been limited in regional scope and require ongoing experiments to update them with new cultivars.

The project partners are:

They are in the process of building a phenology platform to support the Australian wheat and barley industries into the future.

Once the project is complete, Australian growers will have access to accurate predictions of wheat and barley cultivar anthesis dates from a broad range of sowing dates from the time of cultivar release, via the National Variety Trials (NVT) website.

If successful, the system can be expanded in future to include canola, oat and pulses.

While the output will be simple and easy for growers to use, the science behind the information is complicated and cutting edge.

Putting cultivars to the test 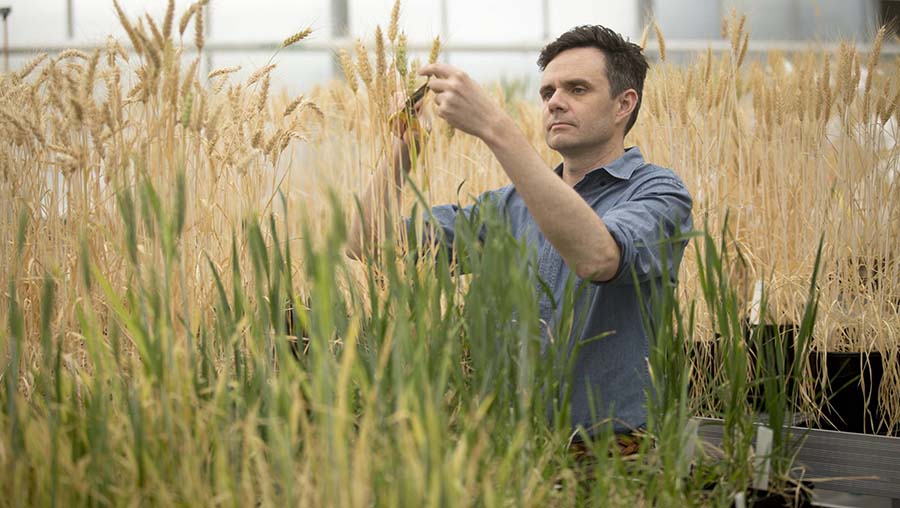 To build the system, the team has assembled a diverse collection of 64 Australian wheat and 32 barley cultivars based on a range of phenology, their popularity with growers and importance to breeding programs.

Pure seed of each line from the Australian Grains Genebank was bulked up with genetic purity testing at each step.

Cultivar sensitivity to photoperiod and vernalisation was fully quantified by being grown in controlled-environment rooms at a constant temperature of 22°C with either eight or 17-hour day lengths, and with or without vernalisation (5°C for eight weeks).

These observations are necessary to parameterise a new Agricultural Production Systems sIMulator (APSIM) Next Gen model of cereal phenology developed by Plant & Food Research NZ and CSIRO, which is underpinned by knowledge of the genetic and physiological mechanisms that determine plant life cycles.

To ensure that the APSIM Next Gen predictions of heading date based on information from the controlled environments are correct, four large field experiments were established in NSW, Victoria, South Australia and Western Australia.

Each cultivar was sown at eight times of sowing - regularly spaced from early March until mid-June - and irrigated to ensure germination and establishment. 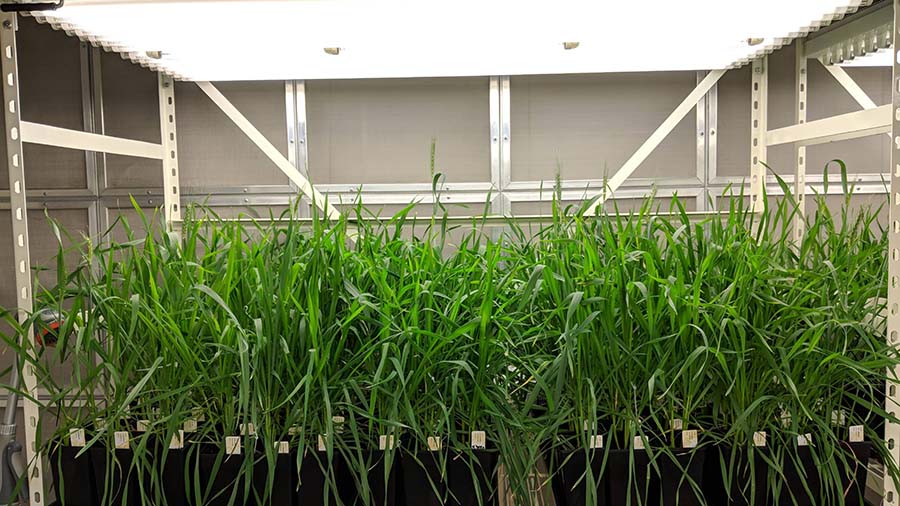 Wheat cultivar sensitivity to photoperiod and vernalisation was evaluated in controlled-environment rooms at a constant temperature of 22°C with either eight or 17-hour day lengths, and with or without vernalisation. Photo: Max Bloomfield

Genomic information will also be collected for each line using the new Infinium XT chip for wheat and barley developed by Agriculture Victoria.

In a world first, the team will attempt to use machine learning to predict APSIM model parameters based on genomic information alone.

If successful, this will greatly reduce the cost and set-up time for the APSIM Next Gen flowering time model and ensure that accurate, environment-specific cultivar development speed information is available to growers as cultivars are released.

Delivery to growers is on track for 2022, when the project concludes.

Controlled-environment phenotypes of all wheat cultivars have been obtained and barley is nearing completion.

Initial validation of APSIM Next Gen has been completed and will be improved with further model development.

The first field season was successfully completed in 2019, providing researchers with an unprecedented amount of field data on the phenology of Australian wheat and barley cultivars.

Next, the model will undergo full validation before a grower interface is built for the NVT website.

Evaluation of genomic parameter estimates will also be undertaken before the system is handed over to GRDC.

The project will provide breeding companies with a database of development alleles for new releases.

Improvement in the ability of APSIM Next Gen to simulate flowering time will also improve the reliability of the model for other applications, including farming systems research.