Can you apply UAN and wetting agents with the seed?

Can you apply UAN and wetting agents with the seed?

Wetting agents are often applied away from the seed (for example, using nozzles mounted behind the press wheels).

Some products, such as SACOA's SE14®, are recommended for application with or near the seed to form a band of moisture or 'wick' that gives the seed the best chance of germinating and accessing soluble nutrients.

Wetting agents commonly have pesticides, trace elements and liquid fertilisers such as urea ammonium nitrate (UAN) mixed with them. 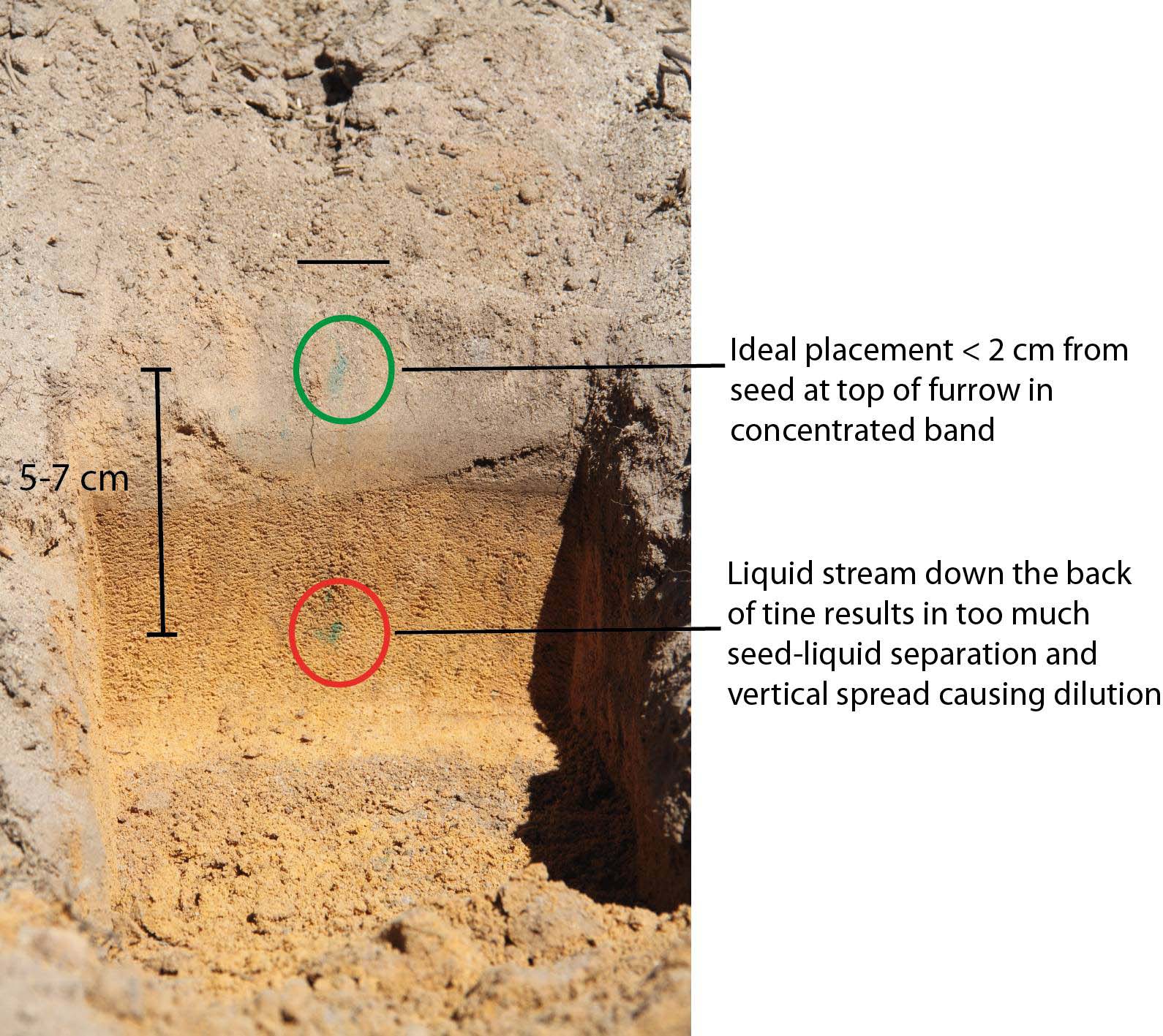 As sowing of winter crops gets underway for 2020, some research is indicating that placing a soil wetter and UAN mix within 20 millimetres of the seed can give better results on some soil types. Photo: SACOA

Given UAN is a salt and can cause localised increases in ammonium and ammonia, there may be concerns that putting UAN with the agent near the seed will inhibit germination.

UAN has a relatively high salt index (63 to 71), albeit lower than ammonium sulphate (88) - a common ingredient in many Western Australian compound fertilisers - and muriate of potash (116).

When placed too close together, seeds and fertiliser can compete for moisture, causing the seed to dehydrate or die.

Localised toxic levels of ammonia/ammonium are probably of greater concern than UAN's salt index, as these nutrients can damage the seminal root, stunt the seedling and delay emergence. This means less-resilient plants have to face the rest of the season with just nodal roots.

Will mixing cause problems?

One WA Department of Primary Industries and Regional Development (DPIRD)-GRDC trial undertaken on a loamy forest gravel, and anecdotal evidence, suggests that applying 50 litres per hectare or less of UAN with the wetting agent is unlikely to inhibit emergence. The moisture the agent attracts may actually help reduce toxicity by diluting the salts.

Problems are more likely to occur with:

Tips for mixing and application

Recent DPIRD-GRDC research suggests placing the UAN and wetting agent mix within 20 millimetres of the seed can lead to better results. If you are worried about potential toxicity:

NOTE: This article was produced as part of the GRDC 'Maintain the longevity of soil contstraints investments and increase grower adoption through extension western region' investment.