A new line on weeds

A new line on weeds

A recent study has cast new light on the effectiveness of chaff lining and chaff tramlining as harvest weed seed control (HWSC) tactics.

Chaff lining uses a simple chute fitted to the rear of a harvester to concentrate weed seeds and chaff into one narrow line.

Chaff tramlining, in contrast, concentrates chaff in two rows, one on each of the harvester's wheel tracks.

Growers using either of these HWSC methods often report that weed seeds rot over time, which reduces weed seedling emergence.

Over the years, GroundCover™ has featured growers from across Australia who have adopted HWSC to drive down the population of herbicide-resistant weed-seeds on their cropping paddocks.

At three locations, eight different rates of chaff were placed over annual ryegrass seed placed on the surface of pots filled with potting mix.

While the results varied slightly between locations, at Wagga Wagga chaff rates of between three tonnes per hectare and 18t/ha gave similar levels of weed seedling suppression; about a 20 per cent reduction in emergence compared to no chaff. 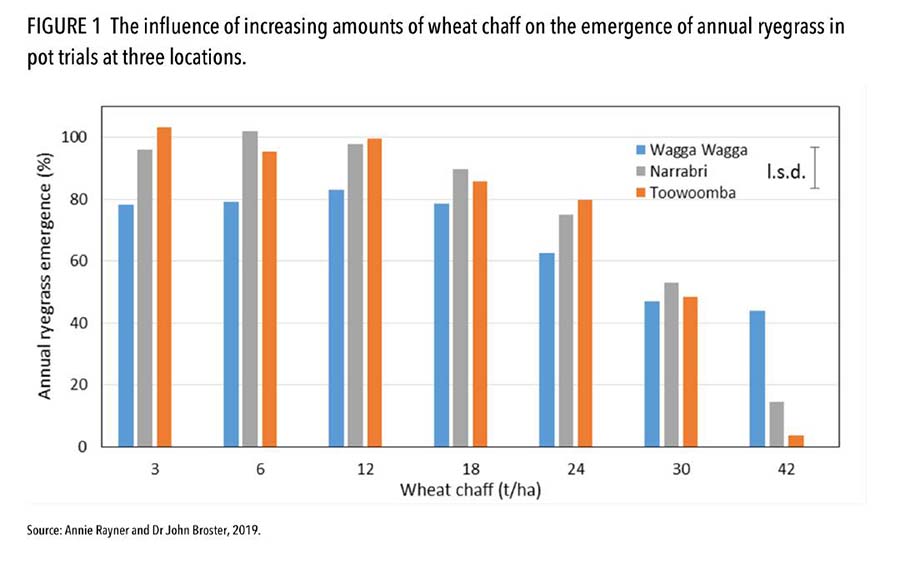 At 42t/ha of chaff, equivalent to a six-tonne wheat crop, there was more suppression of weed seedling emergence.

Ongoing research will further quantify the influence of chaff from different crops on the emergence of weed species from chaff lines and chaff tramlines.

According to the researchers, two factors influence the level of success provided when using HWSC.

Firstly, the proportion of weed seed produced that enters the front of the harvester. And secondly, the efficacy of the tactic used.

The researchers say that more growers are employing stripper fronts to preserve standing stubble after harvest. Stripper fronts use rows of fingers on a spinning rotor to pluck grain heads and pods from mature crops. 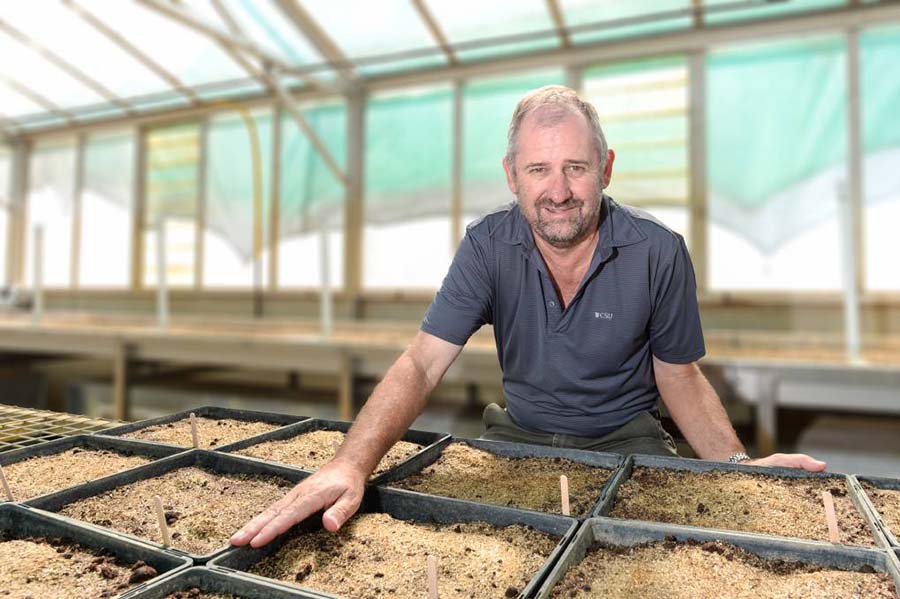 "By reducing the quantity of material processed by the harvester, stripper fronts increase the speed and efficiency of harvesting."

The researchers say this is because the fingers can lift and remove the heads without the need for collecting large amounts of crop material.

"A downside is that tall stubble carries an increased fire risk, and requires the use of sowing equipment that can clear the stubble," Dr Broster says.

"Harvester settings also need to be changed due to the decreased volume of plant material being processed, which requires some expertise and experience."

A stripper front is likely to result in a faster harvesting rate, Dr Broster says, which may have logistical impacts, such as the need for more trucks or field bins to keep grain away from the harvester.

Ms Rayner's study also investigated whether stripper fronts are as effective as conventional draper fronts when it comes to collecting weed-seeds during harvest.

At the conclusion of the study, the researchers discovered stripper fronts were just as effective as draper fronts, collecting similar amounts of annual ryegrass and brome grass seed.

However, as with draper fronts, Dr Michael Walsh says harvest height influences the amount of weed seed that potentially can be collected and targeted with HWSC.

"With less chaff produced by a stripper front, chaff lining will be less effective in suppressing weed seedling emergence than when using a conventional draper front in crops with the same grain yield," he says.